Home/Uncategorized/She’s Still In There
Previous Next

I’ve worked so hard to get rid of her but she’s still in there. When I’m fighting so hard, thinking that I’m strong, that I don’t have the opportunity to break down, she screams and claws her way out of my chest and makes it known that she’s hurting so bad that living is nearly impossible. She thinks that being sad and angry is sort of “cool.” But it’s not because it’s actually cool, it’s because it’s the only way she knows how to be. Her life is suddenly tragic, but there is comedy going on all around her. She is continually in an existential crisis mode.

People probably think she is an elitist snob, but she’s actually stuck in her own head and can’t get out to speak to you. She wrote a lot of poetry, most of it was overly emotional and stream of consciousness. She just wanted someone to save her, a boy, someone who cared. But she didn’t realize that it was only her that could save herself. It seemed impossible to climb out of the darkness that she chose to consume herself with. All she knew was the life of being depressed. She didn’t know how to escape from this dungeon. It was grim and the chains were on the walls. They seemed like they’d been there forever.

The door to the dungeon opened one day but she didn’t leave. It’s like those dogs who are behaviorally conditioned to stay in their cages by being electrically shocked. That’s how she felt when the dungeon door opened. She was afraid to leave. She was an uncaged dog who had a chance to leave but chose to remain in prison. What did freedom look like? It was different from learned helplessness.

She was used to believing that her life had to be miserable. Happiness was something that stupid people engaged with. Intelligent people were obviously extremely unhappy and proud of it. They wore their misery like a fancy fur coat. Unless the happy people came by with a can of red paint and spilled it on their attire. Then their misery was disrupted.

She was depressed but content in her depression, comfortable in this state because it was the only state that she knew and there was nothing that she could do other than embrace it. It was sticky and slimy and it was impossible to hold in two hands. It escaped her grasp each time she wanted to mold it. She let it be the way that it was. She no longer tried to control it, because she quickly learned that she couldn’t. But, it could easily control her. In fact, it derived joy from making her do what it wanted. It was satisfied seeing her wince in pain, crying on the floor of bathroom against the cool tile.

I wish she would just go away. I wish she didn’t come out anymore, but she will always be a part of me whether I want her there or not. So I let her be there. When she wants to talk, I’ll listen, but I don’t have to do what she tells me to do anymore. I’ve grown since that time. I know that there is another way to be other than miserable. It’s possible to embrace life and the many emotions that come with it. 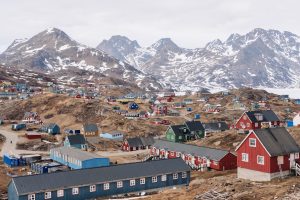