I consider myself to be an empathetic person. I care about other people and their feelings and I often make a conscious effort to place myself in the other person’s position. I don’t, however, refer to myself as an empath. I was talking to my friend Drew about this today. He said he noticed that people who call themselves empaths are often pretentious and bragging about how much they help people, which is counterintuitive to the term. If you love helping people, you love it because it feels good and you reap the rewards of seeing those people happy. Showing other people how generous you are and talking about it constantly doesn’t make you look like you actually care about people. Also today, my friend Pepper had the same sentiment to share. She noticed that people were sharing quotes on Facebook that were “inspirational” and then claiming to be empaths.

I think there is something about the word that’s irritating. It’s sort of like saying you’re a guru or a prophet. It’s like being an empath gives you some superpower. I don’t actually think that’s true. I believe as people we all have the capacity for empathy and (in fact) one of the goals we should work to achieve is to be kind to one another. When we help people for the sake of helping them, we feel good about those good deeds. In turn, when someone helps you, you appreciate that kindness. There are so many people in the world who are self-absorbed, heartless or even entirely emotionally void. That would be a sociopath and we want to avoid becoming like that. We have the ability to show other people how much we care about them if we want to. We have the power to express our love for others and they want to feel that.

Empathy isn’t a superpower, it’s a human trait that can be developed. It’s the same as intuition, we are all intuitive, it’s just a matter of degree. Many of us are able to read other people’s emotions easily, while some of us struggle to understand human behavior. But both empathy and intuition can be developed. If you want to be more kind to others, you can work on that in therapy or you can practice it on your friends and family. Your loved ones will appreciate you intentionally trying to understand what they’re going through and truly listening to them.

I don’t think I’d call myself an empath. I like to be empathetic, but I’m not a magical human being. I’m someone who tries hard to be there for the people I love. Sometimes, as hard as I try, I have trouble understanding another person’s point of view. But at least I make my best effort to try to empathize and comprehend why they might be angry, hurt, frustrated or depressed. What about you? Do you consider yourself to be an empath? Do you think empathy is rare in our word or not? 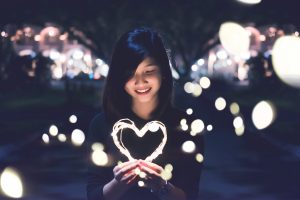