Recently, I’ve been dealing with the Oregon school system, who apparently hasn’t read the Americans With Disabilities Act. I have Generalized Anxiety Disorder, OCD and ADHD. My son was also diagnosed with ADHD and OCD as well as anxiety. It’s incredibly frustrating to watch my son deal with the same mental health issues that I have, but on the other hand, I know what he’s going through and I’m available to help him through it. Unfortunately, the school system here doesn’t seem to understand my high anxiety levels. When I get anxious I feel impatient. It’s hard to wait for a response from people who refuse to answer direct questions in person. I have asked them about the qualifications of their employees to teach children with special needs. They don’t answer directly and simply say that each teacher has the same level of training, which is a non-answer.

It’s extremely easy for these people to paint me as the angry parent because I am angry. I am angry that my son is being told he is lazy and work avoidant. I am upset that his symptoms of ADHD and OCD have not been validated and that he was publicly humiliated in his classroom when his spelling test was ripped up. It’s sad that this is the school system that we are a part of. I’m tired of being silent about what and my family and I have been put through. In order to be an advocate for my son, I have to be fierce. In order to get my child the services he needs, I need to be loud, direct, heard. Yet, I’m depressed because no one can hear me.

My depression comes when no one is listening, and you might not even be able to tell I’m depressed because I am still functioning. That means virtually nothing because I am suffering inside. These people have made me feel like I am irrational because I used the word “fuck” when I was angry. Get over yourself and read a book. Some of the most intelligent human beings use profanity and it’s cathartic. I was told I couldn’t curse in the school, but that was never said to me directly since this is the Pacific Northwest. I was told when I went to meet with the educational administration. The administrator told me she was passing along a message from the school. And then they wanted me to sign a document saying that I wouldn’t curse at school. The level of ridiculousness involved here is incredible. They are upset because due to my anxiety I send multiple emails per day. Yet, nobody in the school told me directly. I had to hear it from a higher up at the Department of Education.

I’m tired of their attempts to paint me as an unhinged crazy person. They are the ones who are not following the laws in Oregon when it comes to education. And frankly, it doesn’t matter how “crazy” or “anxious” I am, they have a legal obligation to provide my son with a safe environment to learn in. I’m depressed and frustrated by this whole situation where my behavior is misunderstood as over the top or “crazy” when I am simply advocating for my child. Have you ever heard of a passionate advocate? Well, you just met one. Now fuck off. 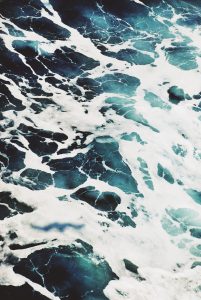