Once upon a time there was a woman named Sarah Fader. She lived in a Brooklyn brownstone. Her family had owned the building since 1999. For years, the mail person had been sliding her mail through the front door gate.  Then, one day, Sarah became tired of missing her precious packages from Amazon. You see, the mail person would often not buzz her apartment when she had a package. Instead, they would leave an ominous orange slip that said that “they had missed her” and she should “pick up the package at the local post office.” This caused Sarah a great deal of anxiety. Her local post office in Brooklyn was known for ornery workers and even more angry management. Since Sarah already lived with a chronic anxiety disorder, she found the idea of going to this hateful government institution terrifying.

Nevertheless, she would trek to the assigned post office, because she didn’t have another choice. She wanted her goods from Amazon or whatever website she happened to be ordering from. Sarah would wait in long lines and face disgruntled workers at the window of this post office just so that she could obtain her package. Sometimes the person at the other end of the window would make eye contact, sometimes they would roll their eyes at her. She would often sweat in anticipation of encountering the worker at the front of the line.

One day, Sarah had had enough. She had just come back from picking up yet another missed package. Tenants in her building were also frustrated with the mail service. Sarah decided to take a stand. She hired her contractor, Sergio, to install a key keeper. The key keeper held a key inside (as you might imagine) so that the postal worker could open her building’s door and place her packages inside the building. Well, life was grand with the new installation of the key keeper until one bleak Wednesday morning. Sarah was leaving for school with her children. She opened the door and found that the key keeper had been left ajar. The key to the building was missing! A nefarious villain had stolen the key. It was too much for Sarah to bear. Thankfully, she called Pedro (her building handyman) and he reported that he had rescued the key. Sarah was relieved.

The key keeper was still broken.

Sarah thought “okay, no big deal. The mail will be delivered through the gate as it had been for the past 15 years, right?”

The post office decided that since the key keeper was broken, they would not attempt to fix it, but instead hold the mail for the building for two weeks without informing the residents of said building. There was no mail and Sarah found it difficult to get out of bed every morning knowing that she may not have any correspondence.

Sarah knew what she had to do. She gathered all of her strength. She took a deep breath and went into the post office. She asked to speak with a manager. Out stepped an apathetic person who brushed Sarah’s concerns off as if Sarah were a piece of lint on her blazer.

So she did what she has done in other times of crisis. She turned to social media. Sarah tweeted @USPSHelp. 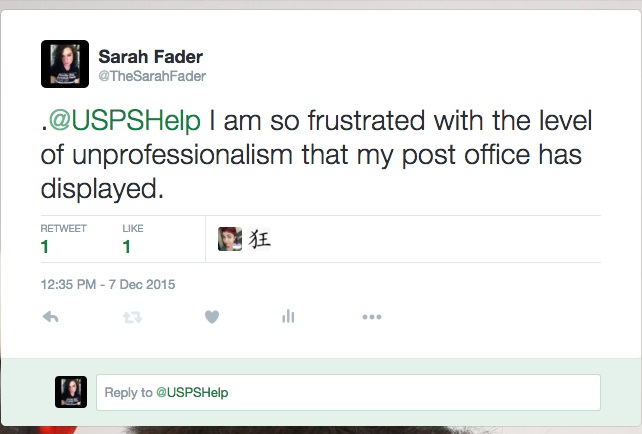 Sarah wasn’t sure what to expect when she tweeted the post office. However, she could not have been happier. The person at @USPSHelp became a good Internet friend. His name as TR, and as it turned out, he was originally from Brooklyn. 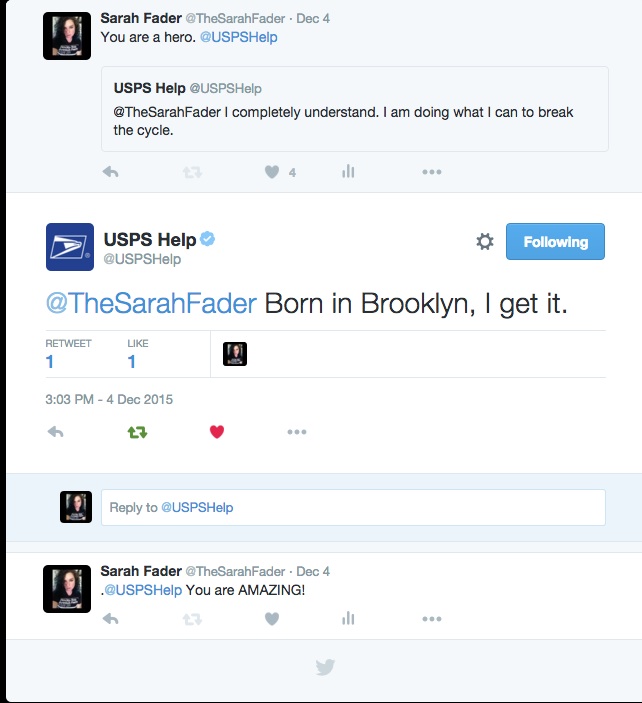 TR and Sarah had a mutual understanding of how badly the postal system was in her area. He worked hard to get the issue moving. He was determined to help Sarah get her key keeper fixed and her packages delivered on a regular basis. He also understood that she was anxious about where her two weeks of mail was.

Then Sarah was introduced to TR’s friend and colleague LAS. LAS was also on the case. She did not treat Sarah like a piece of cat poop, but rather was invested in solving Sarah’s legitimate issue. All Sarah wanted was the mail. LAS was a gem in pile of coal. TR and LAS worked as a dynamic duo and before Sarah knew it, her key keeper was fixed. 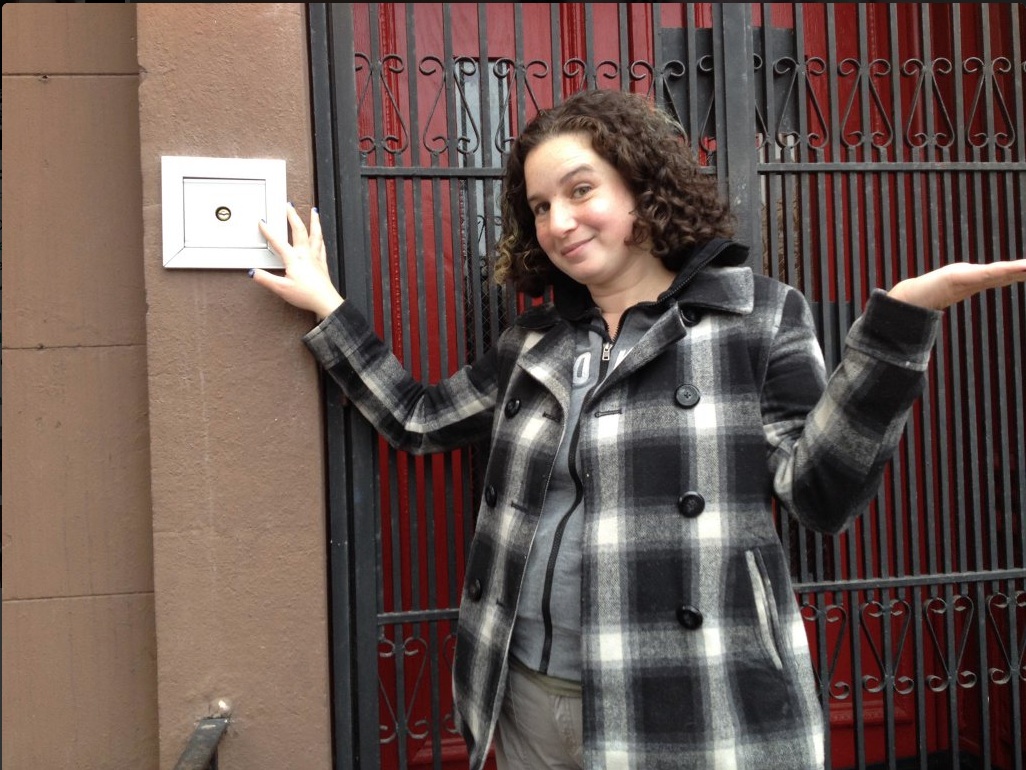 Sarah made the exterminator take this picture. He was intent on performing his monthly visit to the building, however she insisted that this was a priority. He was gracious enough to oblige.

LAS called Sarah after this picture to say “hello my problem child, you are giving me gray hair.” Sarah and LAS laughed. Sarah appreciated LAS and her sense of humor. She knew that LAS was dedicated to helping Sarah.

And so, my friends, this story has a happy ending. Sarah now has her mail. TR even dropped by to say hello again.

Sarah would like to thank TR and LAS for their tremendous work on her behalf.