Home/Uncategorized/Sharing Secrets about OCD
Previous Next

It takes a while for me to open up; share what’s inside of me. I have to feel like I am in safe space, able to be who I am. One of the safest places I can think of is my therapist’s office, sitting on her couch. Sometimes it’s embarrassing admitting what I’m dealing with, trying to cope with or avoid. There isn’t much I can do but hang on sometimes. One of the hardest things to do is manage OCD (Obsessive Compulsive Disorder). Ruminating over the same thought over and over again makes my brain hurt. The worst is when the thoughts cause me to feel shame or the compulsions make me embarrassed. I don’t want to feel like there’s something “wrong” with me, but that’s what OCD tries to convince us. It wants us to think we are defective or wrong. It believes that it has power or can control what I think or do.

The thing about OCD that is the most harmful is that it tries to get you to hide your symptoms. It doesn’t want you to get better so it tells you that you’d better cover up your weird thought patterns. You shouldn’t think that or say that or do that. You’re weird for thinking, saying or doing those things. It shames you to the point where you can feel silenced and then you can’t share those secrets. What I’ve learned is to listen to the voice of OCD and talk back to it. I’ve learned to tell OCD “I hear you, you are OCD, and know what you are.” Then I am able to manage the symptoms better. I can begin to see the irrationality in what I’m thinking, it’s a thought, it’s strange and upsetting, but it is not real. It isn’t rooted in reality and I don’t have to take it as the absolute truth.

It helps me to talk with other people who have OCD and share some of my weird thoughts with them. We can compare how strange our thoughts seem and talk about the compulsions that impact our day-to-day life. OCD is a challenging mental illness to live with, but sharing the “secrets” your brain begs you to hide can break the pattern of shame. Your thoughts do not define you as a person. What goes through your mind isn’t indicative of your character. You are who you are, and you are not your illness. Remember that OCD wants you to believe that you and it are joined as one. That’s not true and you are separate from it.

I’ve practiced letting go of the thoughts, watching the words they contain float down an imaginary river. It’s tough to do, and my mind wants to fight it. My brain tries to hang on to those false ideas and tell me to believe them as gospel. They’re not, and I won’t listen. The way I shatter OCD’s power is to name how ridiculous the thoughts are out loud to my therapist. Once the words are out there, I see how they aren’t real. The secretive nature of OCD is destroyed along with the power it pretends to hold. I will keep fighting the war against my brain and I refuse to allow it to win. 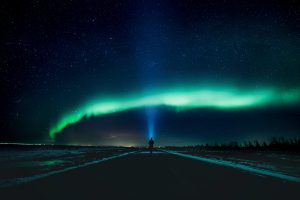