I’m writing this for you. I’ve written it and deleted it several times. I’m afraid to say what I want to say. I’m always scared, but I say what I want to say anyway. I’m not frightened of what we are as opposed to what we were. I embrace it. There are wounds, there’s messiness, there are things that don’t make sense. It doesn’t have to make sense. Stop trying to think your way out of something that is emotional. Logic doesn’t get you anywhere when it comes to feelings. I don’t ignore what’s in front of me, that’s not who I am. Usually, I’m about guidance. But it’s not getting me anywhere this time. Therapist or psychiatrist, what’s the difference? Shoemaker or corner store cashier? I don’t care. They don’t know the answer. I’m stronger than I’ve been behaving. That person, that wasn’t me. I’m tired of saying “I’m sorry.” I want to erase what went wrong. I was afraid of the thing that I wanted the most. I am sorry about that, but I’ve already said that. I’m not afraid anymore.

I remember who I am.

I’m writing this for me, who I am, I know her. She is vocal, an overthinker, and someone that you would be lucky to have on your side. She fights for who she loves. Don’t get in her way. She is fearless yet fearful. She doesn’t make any sense but she makes perfect sense to the right people. She is always ready to hear you, except that she might interrupt you several times but only because she is afraid she’ll forget what she has to say. Not because she doesn’t care. She cares so much. She wants you to know that. You already know that. Sometimes she repeats herself. Like probably right now. She doesn’t like any of the things she wrote here, except she loves all of them.

Life doesn’t give us what we deserve. It provides us with a plate of random things. I tried so hard. We can make this work. Sentence fragments don’t work. But they do, just like us. I’m not apologizing for what happened. It happened, what can you do? Live right now.

Those words I wrote, they’re real.

Those feelings I expressed – they’re raw.

I’m not sad. Not now anyway. Maybe tomorrow, or maybe not.

The thing that bothers me the most is what I can see and you turn your back on. But that’s okay. I’m going to keep going. My psychiatrist told me “you’re good at moving forward.” I wanted to tell her that she was wrong, but I think she’s right. When I look at what I’ve done, even when I was afraid, it’s a lot and I’m proud. What they said I could not do- I did.

I’m smiling now, thinking about driving my car down 26, entering into the city, my foot on the gas, not knowing what’s going to happen but at that moment not caring. I’m not going to let the fear of losing something hold me back from living. 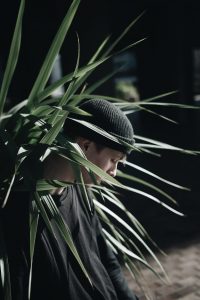