Home/Uncategorized/The Nothing Train to Nowhere – Part Five
Previous Next

“University of Your Mind?” I asked the blonde man as we rode down in the eerily silent elevator. My face was still flushed from yelling at James and his stupid ponytail. The blonde blue-eyed man looked at me with a ice cold gaze and said:

“What do you think it means?”

“What’s your name?” I asked the stoic blond man.

“Love is a hell you cannot bear.” He replied.

“What?” I said furrowing my brow.

“My name is not important.” He replied. “Come with me.” He insisted. I had no choice but to follow him. The elevators opened and we were in the marble lobby of James’ building.

“I want to show you something beautiful.” He said meeting my eyes with his icy blue gaze. Chills entered my body in my eyes and flowed down into me. He reached out his hand and took mine without asking. His skin was cool and mysterious; like him. I didn’t even know his name. We walked through the lobby together and out the door. Silently the mystery man and I walked outside into the cool evening summer. It got cold at night since we lived close to the mountains. The mountains…was he taking me to the mountains?

“Promise me.” He said as we walked together on the sidewalk outside of James’ office. My hand was in his.

“Promise you what?” I asked.

I was stunned by him and said nothing. I held his hand tighter, pulled by his electricity. He was electric and I had no choice but to listen to him. Together we walked silently off the sidewalk to a dirt trail. There was a woods near James’ office. It was filled with Douglas Fir trees. The smell was intoxicating but all I could focus on was the cool feeling of this man’s hand on mine.

“Isn’t it beautiful?” He asked me as we entered the woods. There were enormous trees surrounding us. It was beautiful but, I couldn’t focus. Something was wrong. I couldn’t figure it out. But, I knew something was profoundly wrong here. Still, I promised him. I promised I wouldn’t let go. I kept my hand in his. We walked and walked. Down the trail. It was beautiful, the smell, the lack of people anywhere. I was all so much to take in. I tried to focus on his hand on mine. I waited for his lead.

He turned to me abruptly. We stood together deep in the woods. His icy blue eyes looked upon me. I couldn’t speak, couldn’t move, couldn’t live. He took my face in his hands and pushed a piece of my hair aside.

“I want you to know how beautiful you are.” He said.

“Thank you.” I said, not knowing quite how to respond.

“No.” He said firmly “You are beautiful, and I want you to know it.”

I could feel them starting to come hard and fast. The muscles in my eyes tensed and I began to cry. Tears flowed out of me freely, soaking my face. I couldn’t stop them. There was nothing I could do anymore.

“I wouldn’t want you to.” He said as he pulled my face closer to him and kissed me hard on the mouth. 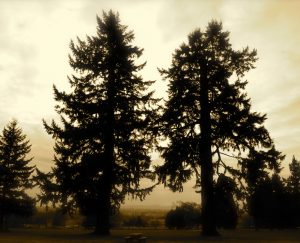