Dear Dan and Carleen,
I want you and your family to know that I think I understand what you are going through. I know what drove you to write those letters for your son; you wanted to remind the judge, the jurors, and the world that he’s still a person and that he still has a soul. He is not just his crime. I get it. I know, because I have a brother, who’s been accused of bad things, and is currently awaiting a hearing, to decide whether or not he is going to trial. Since he hasn’t yet been convicted, I am not going to go into the charges or detail out what may have happened. I only know that I can tell you I was in shock when I heard he was in jail. When I went online to see what had happened, I could only find a few sparse articles, already with inaccurate information, his mugshot, and people making comments on how his eyes showed he had no soul. My sensitive baby brother, who loved going to the zoo every week, who loved his older sisters and brother, who from a young age has helped to take care of his disabled older brother, and strangers are saying that he has no soul in his eyes. People who’ve never met him who comment on his article.
I know what your family is going through, because my family is going through the same thing. My heart hurts for you.
There is a difference between me and you, between your son and my brother.
My brother has admitted to his wrongdoing, and is remorseful of his actions. In my opinion, he has paid and paid and paid for his mistakes. You say you are not a rich family, and you have a ton of debt between you and your children, yet you could afford a high powered defense attorney, and private investigators, in California, to defend your son and defame his victim’s name. My brother, who is the same age as your son, has a public defender. Your son’s maximum stay will be in County Jail, while my brother is already waiting in maximum security prison for his charges.  His cell mate used his pin number to the phone, and said something wrong on the monitored line, and my brother was punished and denied phone privileges. The guards, decided to play a game one day, and place him in the general population, after he told his public defender about a person who was much much worse than he was, and he was almost killed. He is currently sitting in solitary confinement right now for his own safety- so he can make it to his hearing. Every letter that I write, is monitored, the only thing I can really say is that I love him. Even that is difficult, because I love him but I am so incredibly angry at him, but he needs my support more than anything else right now, so I can’t tell him how angry I even am.
Your family can afford bail. My family cannot.
Your son was convicted of three major felonies. My brother’s charge is one felony (of which he has not yet been found guilty).
Your son gets three months, my brother will most likely get three years.
My brother’s crime did not include any sexual violence. My brother’s victim will not carry an internal scar that can never be relieved.
I am so incredibly angry at my brother, for making the choices that he did, and I still love him unconditionally. It is hard to hold these two disparate ideas in my head, constantly conflicting. I feel horrible about the harm that he inflicted on another human being, and I think that he should pay for what he did. I love him, but I do not love his choices.
That is the difference between me and you.
Your entire family refuses to accept that Brock did a monstrous thing.
You act like he is the one who is wronged, that there was not another person who was irreparably damaged. You bemoan the fact that he can’t eat steak anymore, and that he can’t be a surgeon because he committed rape and got caught. You’re too upset to hang pictures in your home.
I know what you’re going through.
My brother loved going to the zoo, and he loved Zaboomafoo, and he loved Blue’s Clues.
And then, when he was 18 and 19, he fell into a bad crowd, and he made a series of increasingly bad decisions, until he did something horrible and damaging and wrong, and now he’s in jail.
Brock couldn’t play a mean person in a school play. The first time he swam he looked like he was drowning. He loved his uncle.
Your son’s victim can’t sleep at night. She has to get tested for AIDS. Any man she ever loves, she will have to tell him that she was raped. That she was left unconscious and half naked behind a dumpster. She not only had to deal with the trauma of your son’s actions, but she also had to deal with being demonized by your son.
Your son was caught in the act. Red handed. As clearly guilty as can possibly be.
Twenty minutes is an eternity.
It’s an infinite amount of time for someone to stop what they are doing, and try to make the right choice.
My brother is going to learn from his mistakes, and while the next three or four years of his life might be the worst three or four years for him, and for my family, he won’t let it happen again.
Brock didn’t learn anything, and you are only delaying the inevitable.
There’s a difference between your son and my brother.
Sincerely,
Anonymous 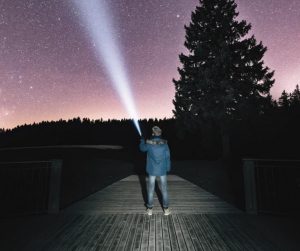