Home/feminism, sex/I wrote a post about sexuality and misogynists came out to remind me about rape culture
Previous Next

I wrote a post about female sexuality. That was my first mistake. I posted it on the Internet, that was mistake number 2. I read the comments that was mistake number 3. I started to go deep down into the rabbit hole. There was a comment on Facebook where one reader actually called me a narcissist and I completely fucking lost it. I am someone who cares deeply for other people. I run a mental health non-profit organization. I will give you the shirt off my back. I love people and I care vehemently about helping them. When this douchebag called me a narcissist I wanted to scream and cry and that is what I did. I went into my bed and cried hard. Granted it’s not the only reason I cried yesterday. I have been dealing with a bunch of other life shit but that tipped me over the edge.

It’s difficult to write the way that I write and be vulnerable and transparent. I sometimes have to force myself to purge the words that I am afraid to say. It’s important to me to write candidly because for many years I was used to repressing emotions. I didn’t speak my truth due to fear of being judged. I have found the truth in writing. I’m grateful to be able to candidly and vividly express myself.

However, what I cannot control is how other people react to my truth and my words. That is something I know I will never be able to manage and it challenges me. When this man called me a narcissist it made me bawl my eyes out. I lost my shit. I couldn’t speak or breathe. My girl J.C. called me, because she knew something was wrong. I cried on Facetime and told her that I never wanted to write anything on the Internet again.

The comments on this article other than calling me a self-absorbed narcissist were things along the lines of:

You posted pictures of yourself in a bikini therefore you were asking for it.

If you don’t want “unwanted attention” from men, then don’t talk about sex.

The thing is if a man posted an article about fucking he would be high fived, rewarded, lauded and applauded. The same does not go for women. We are told that we have to cover up if we don’t want to get verbally harassed on the street or online. I’m not even safe on the Internet dude. I can’t post pictures of myself having a grand old time on the beach because some idiot might get an erection and might have to message me hot he can’t control himself.

I’m not trying to say that I’m even that attractive to warrant such “praise.”

You know what? That’s not even the fucking point.

The point is that I should be able to walk down the street naked without a man finding the need to tell me he wants to fuck me. It’s unacceptable, and we as a society need to evolve past the point of this flawed thinking. Women are sexualized on a daily basis. I could be wearing a baggy tee shirt and jeans and some asshole on the street will hit on me. I am tired of it. And again it has nothing to do with me as a person. It has to do with the fact that our society equates female with sex. You see a woman and imagine would you or would you not fuck her. It is extremely sad and awful.

Rape culture is a real thing. It’s sad that we as women have to justify why it’s okay to wear certain things, talk about “taboo topics” or be openly sexual. I want to live in a society where that is not the case.

I want to live in a society where I can be sexual and not be judged for it.

I will continue to talk about female sexuality because of this.

I am going to further develop my skin and toughen it up. I know who I am and what I stand for. 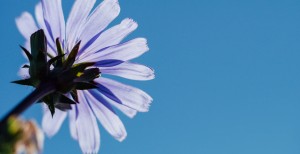