I have had the iPhone 4S since the prehistoric times. Me and my cavemen friends sat around a fire that they made from sticks and I searched for an outlet to charge my phone. They couldn’t speak real words, so my phone died. 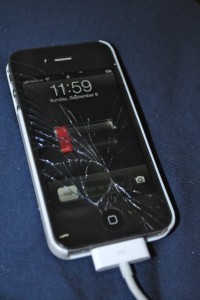 I decided that it was time to get a new phone because my phone was dead after using it for five minutes.

I reached out to Verizon using a “land line” that one of the cavemen directed me to. After putting my phone number into the “system,” Verizon asked me for my pin. I put that in also. A representative materialized and he asked me to repeat everything I just put into the “system.” I was infuriated but I did it. He then asked me what I wanted. So I told him I wanted a new phone. He told me I could pay for it monthly for 27 dollars if I gave Verizon 78 dollars up front. I just so happened to have 78 dollars that day. So I decided to go for it.

ISN’T THIS STOEY SO EXCITING?

I got my debit card out and I was ready to pay for the taxes.

“I’m sorry Ms. Fader, but we are not allowed to take payment over the phone. We will email you a link and you can click that and complete your order there.”

“Yeah, it’s frustrating for us too. We feel like we have no jobs as customer service reps anymore.”

There was no indication of how much I paid for the phone or even that I just bought a phone. So I started to freak out. But then I said to myself:

Sarah, stop it. You are going to get a confirmation email or something.

I waited an another hour…but no confirmation email came. Now I was freaked out. I logged into my bank account and found that my card had been charged THREE MOTHER FUCKING TIMES. Okay Verizon, what in the actual fuck? So you can’t take payments over the phone so you outsource that shit to robots who are over zealous about charging credit cards? Your “system” is flawed and you know it.

I called Verizon Wireless thinking that they would be able to fix this problem.

I input all my information into the “system” again. Once more unto the breach dear friends, the representative asked me to repeat everything I just manually typed in because Verizon doesn’t give a shit about my time, only my money.

In any case, I had three iPhones coming in the mail. I began to visualize myself standing on Flatbush Avenue attempting to sell two out of three of these bad boys to the highest bidder. Then I remembered that I am a single mom and I definitely do not have time to do that, even though it sounds like a blast.

“I did not receive a confirmation email for the phone I just ordered.’

Samara comes into my office asking to watch “her show.”

I tell her it’s Ari’s turn and her turn is next.

I log into my Verizon account and after some looking around I find “my devices” or some shit like that. i can’t remember. Also I realize that was a lowercase “i” and I am not changing it in that last sentence because I am angry at Verizon and I now understand why everyone was protesting their corporate greediness at Atlantic Terminal. Sorry that was tangential. So anyway, I find in this my devices tab that I have ordered THREE iPhone 6s. I only need one. But apparently three of them are coming. I start to lose my shit.

“WHAT IS GOING ON? I have to tell you, this new ‘system’ you have for customers to buy phones is frustrating and not user friendly. I know you didn’t make the ‘system’ but if you could pass that message along to the powers that be I would appreciate it.”

Crickets Representative says nothing but types something.

“So am I going to get this phone?”

“Your phone has been shipped.” Said the rep.

“Phone or PHONES?” I asked.

I see one shipment here.

“I have been charged three times.” I remind this woman.

“I only see one order here on my end.”

I hung up and went to sleep.

I have no idea if these phones are coming. I received a confirmation email this morning for a shipment from Verizon for an iPhone 6.