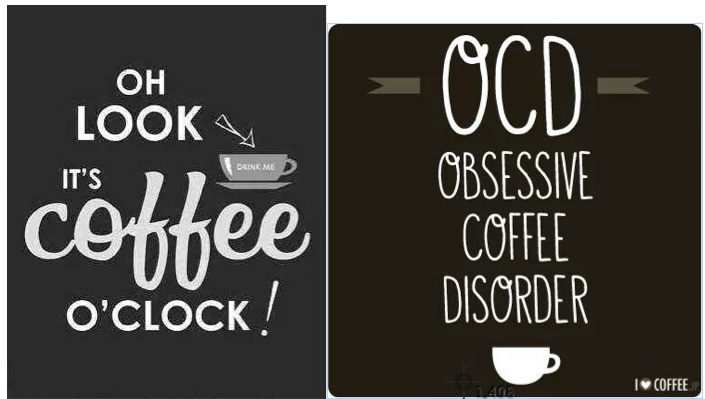 I’m addicted to coffee. Have been for almost 10 years.

Let me tell you about it.

I started drinking coffee when I was in middle school. I know, that probably seems a little early. But honestly, what I was drinking was more like a Starbucks Frappuccino – it had so much creamer and caramel syrup that I could barely taste the coffee. My mom would make them for my sister to take to school and one day I said that I wanted to try them. So I was given my own and that was the beginning of my committed relationship with coffee. (Think Lorelai from Gilmore Girls)

I mean, it’s 2:30 in the afternoon as I’m writing this, and I have a Starbucks drink sitting next to my laptop on my desk. The setup looks very much like this picture: 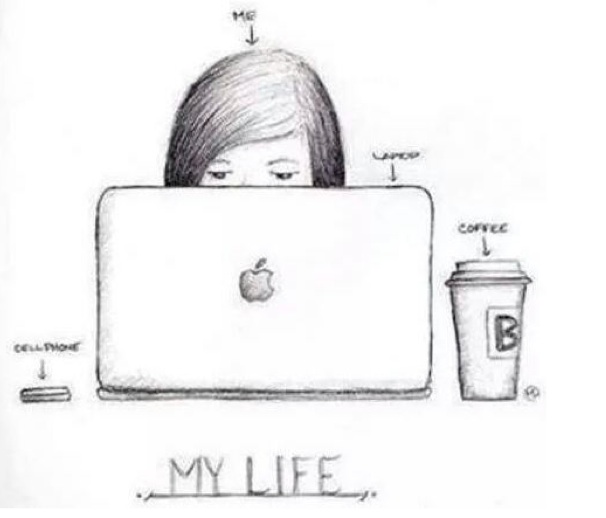 Getting coffee is especially important when I’m heading to school for the day. Even more so because my first class is ASL (American Sign Language) level 4, and we’re not allowed to use our voices. So I have to be awake enough to focus on what’s being signed so I know what we’re doing in class.

And with finals coming up, this explanation of Starbucks sizes is incredibly accurate: 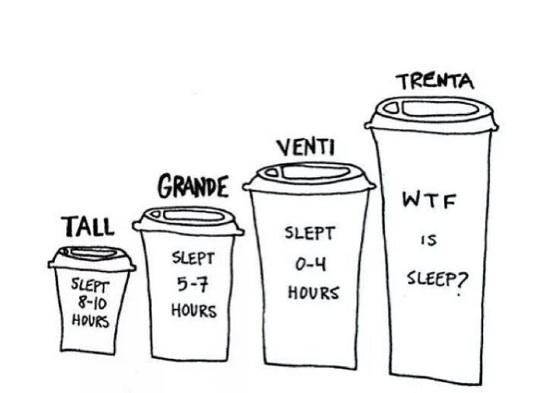 Most students are probably looking at a venti or a trenta.

My first thoughts in the morning revolve around coffee. It’s nearly impossible to escape when you’ve been drinking coffee for this long.

Oh, one time, for Lent, I tried to give up coffee. I was a senior in high school. I had English first thing in the morning with my best friend, who was also addicted to coffee. She saw how not having my morning coffee was affecting me –I couldn’t focus and I was practically falling asleep in class. So one morning she took the task upon herself to bring me coffee. I walked into the classroom and there was a mug sitting on my desk. I was tempted not to drink it because I had been doing so well with avoiding coffee so far. But when she sat down at her desk across from me, she gave me a look that simply said, “You know you need to drink the coffee, so just drink it.” I drank it, obviously. That was the last time I tried to willingly give up coffee.

Recently I was doing some volunteer work at a community center/club. It was mid-afternoon and I needed a caffeine kick, so I fixed myself a cup and headed to a back room to do some reading since there wasn’t much of anything to do. The first sip I took didn’t tell me much of anything because I was afraid of burning my tongue. But the more I drank, I realized that it wasn’t the greatest. The pot had probably been sitting there for several hours, so it may have been “burned.” 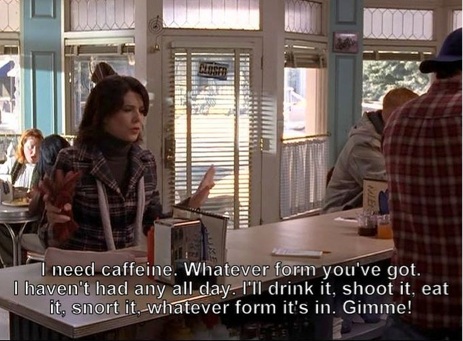 I guess I never realized how picky I am about my coffee. Looking back, I almost always get my coffee at home where I have access to all the flavored creamer and real sugar. And having been exposed to all of the fancy drinks available at Starbucks probably hasn’t helped. But when I know that it’s all I have access to, I find a way to make myself drink it all just to get the caffeine in y system. But maybe, just maybe, I’m also teaching myself to tolerate coffee without all the flavors added in. 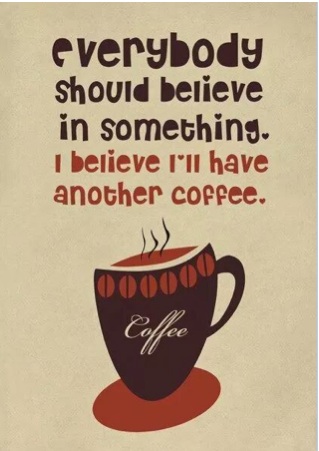 Katy Nicole blogs at Coffee Tattoos. She studies ASL (American Sign Language) and is the Executive Assistant for the non-profit mental health organization Stigma Fighters. Read more from her here.