Home/Uncategorized/Legos Destroyed My Self-Confidence
Previous Next

My 3 1/2 year old daughter was really excited yesterday. We were going to the toy store to get her very own Legos. You see, she had become accustomed to being told that she couldn’t play with her brother’s Legos since they were for big kids. There was a great big Lego set that displayed a giant pink and purple house. Fine, I thought. This will be great. The age on the box said 4 and up, but surely with my help she would be able to build this beautiful Lego mansion.

We got home and I opened the instruction booklet. 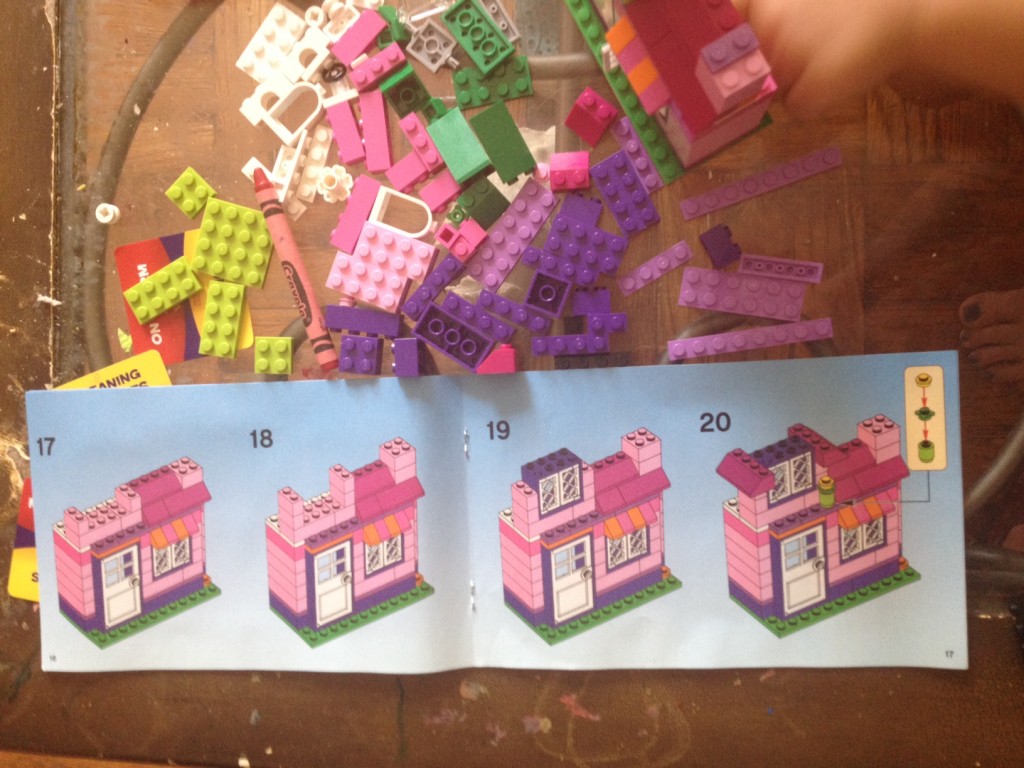 Upon seeing the several steps in the booklet and the variety of small confusing multi-colored shapes that were involved in the process, I began to get a little nervous. But I consoled myself that it was going to be okay. One step at a time, I told myself. I can do this.

Step one didn’t look so bad. 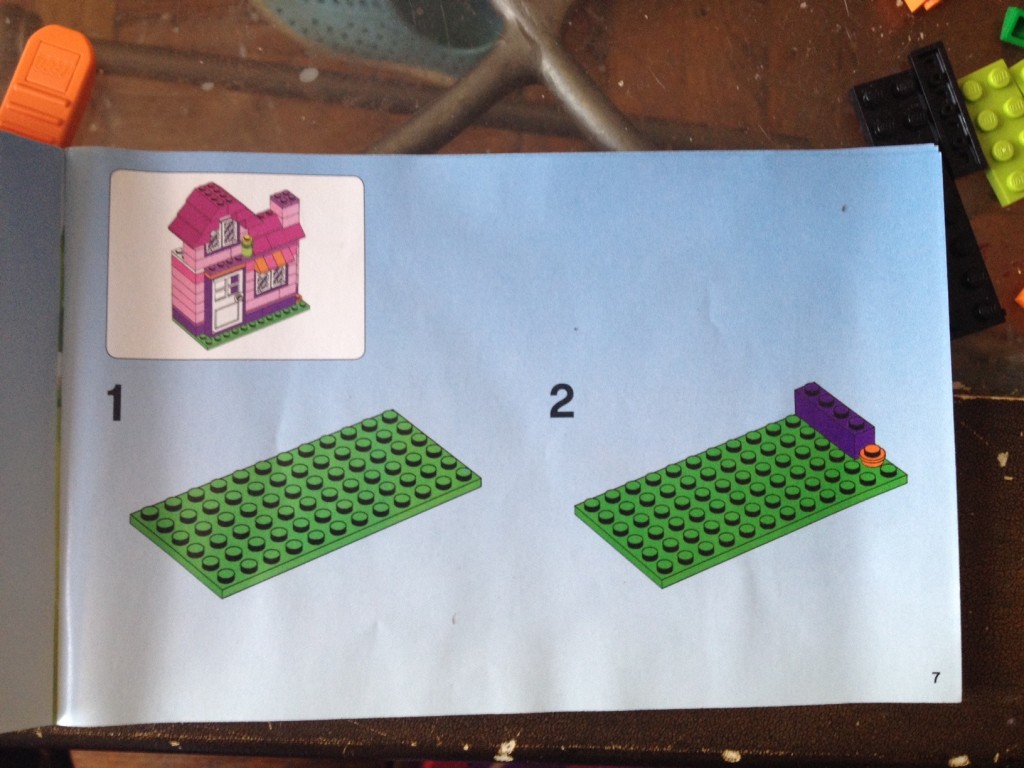 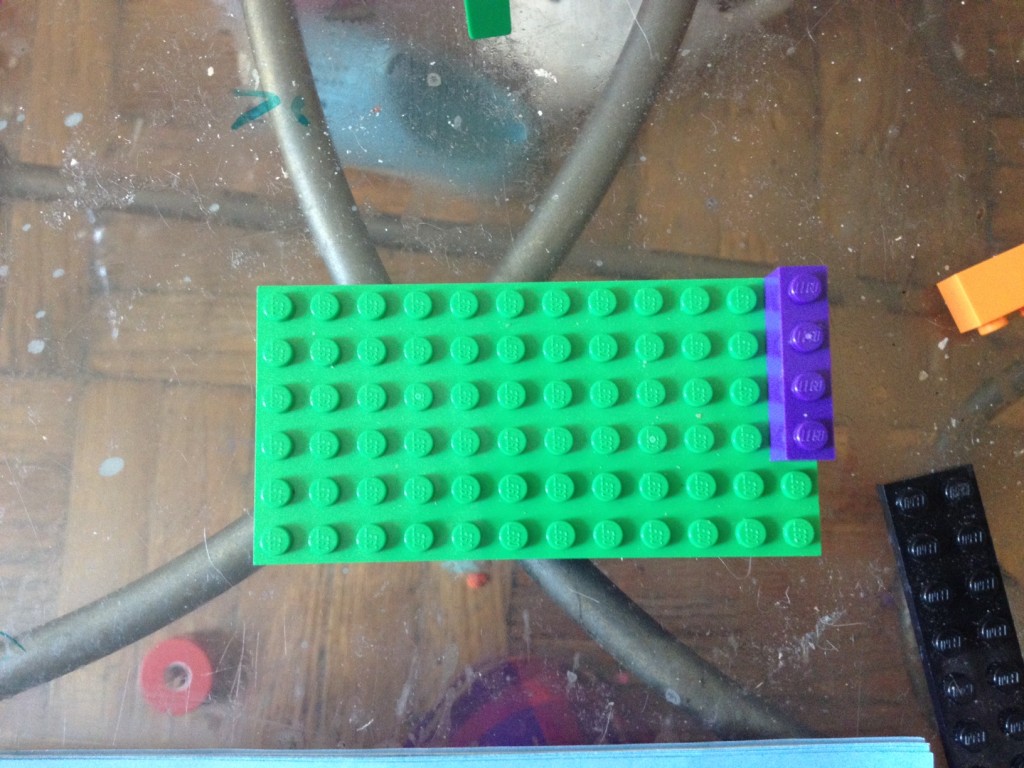 I got this. I’m going to keep going. Bring on the pink and purple Legos! 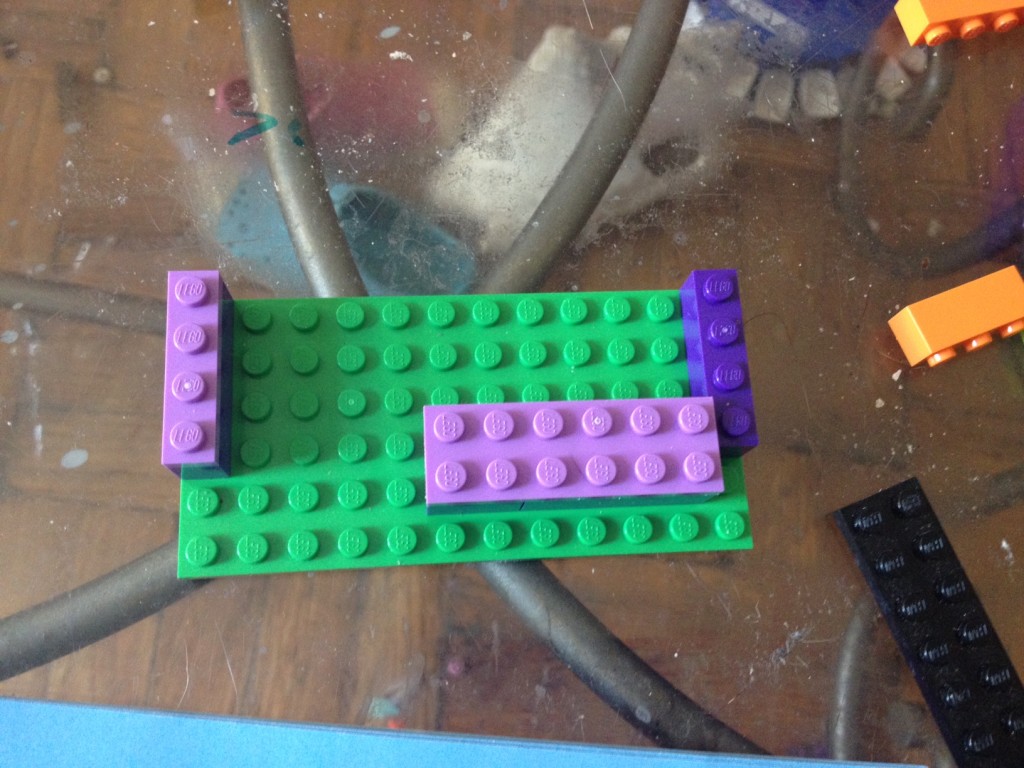 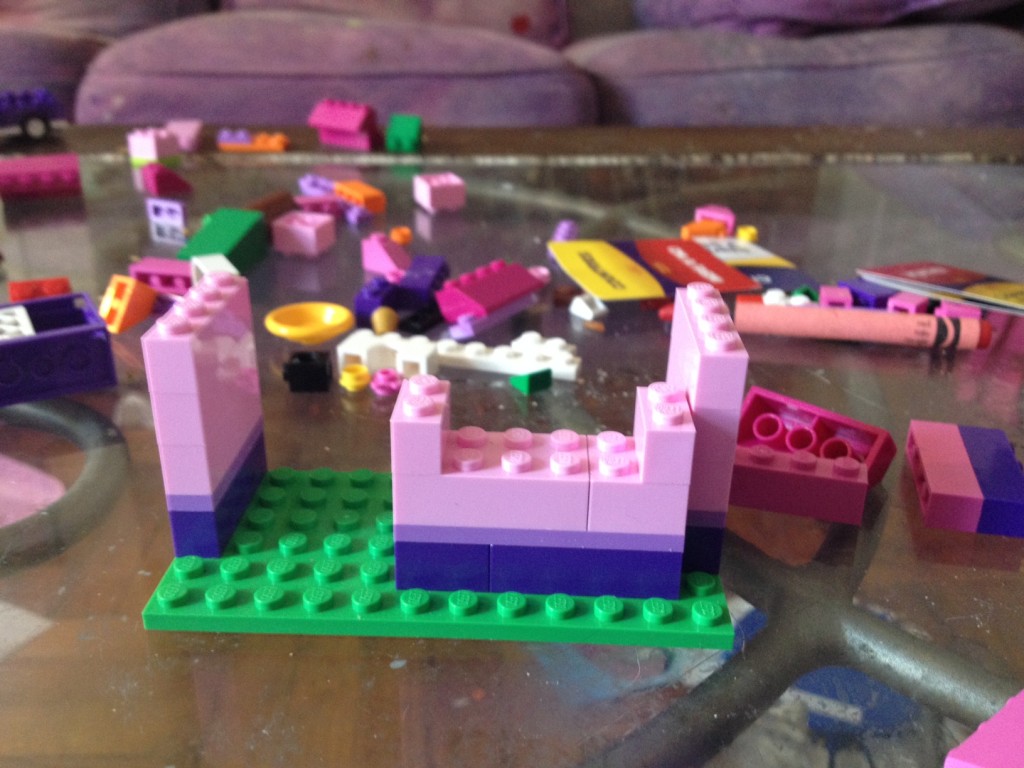 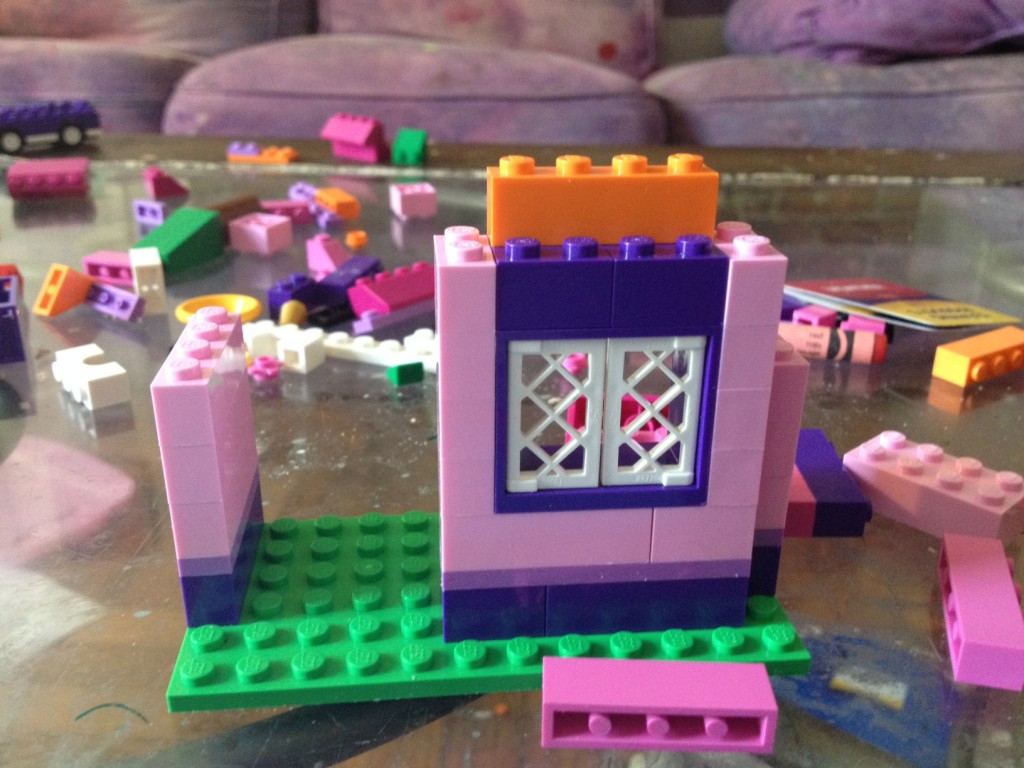 I was beginning to feel my IQ rise brick by purple brick.  I’m a genius! I could have gone to the Cornell University school of architecture. I was in the zone. I was building this house and there was no stopping me. 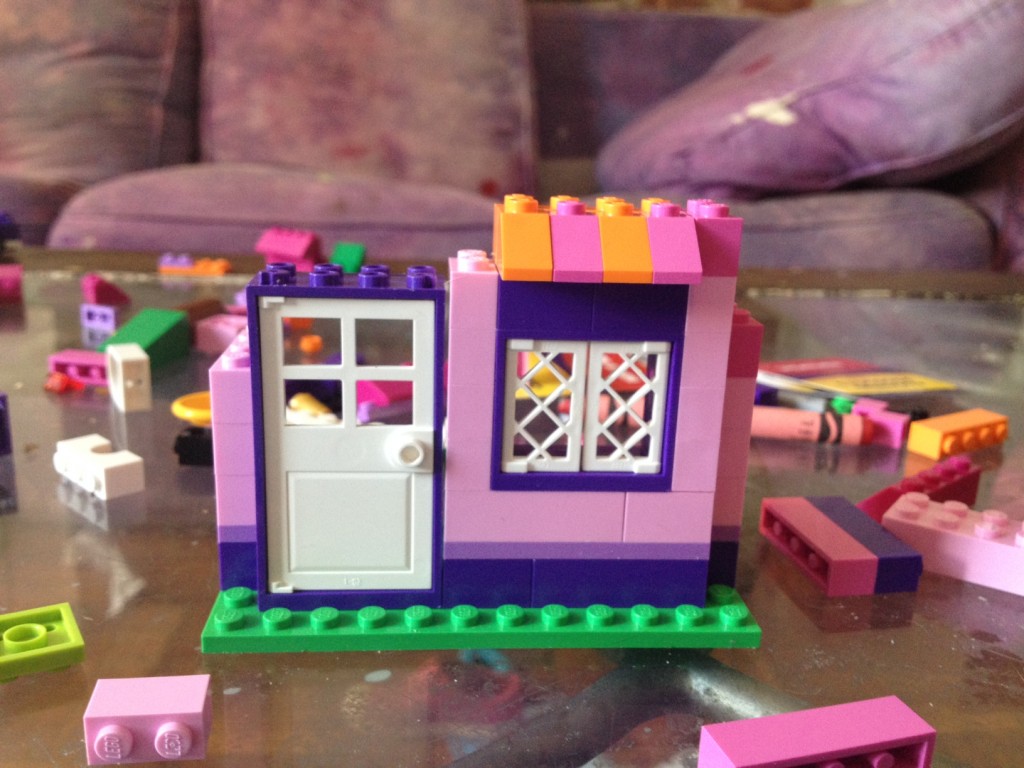 I never knew I had these fine motor skills. I could have been an engineer. My daughter was impressed at the house coming together. She said “wow,” as the plastic orange and pink alternating awning shingles were put into place.

But then, something changed. 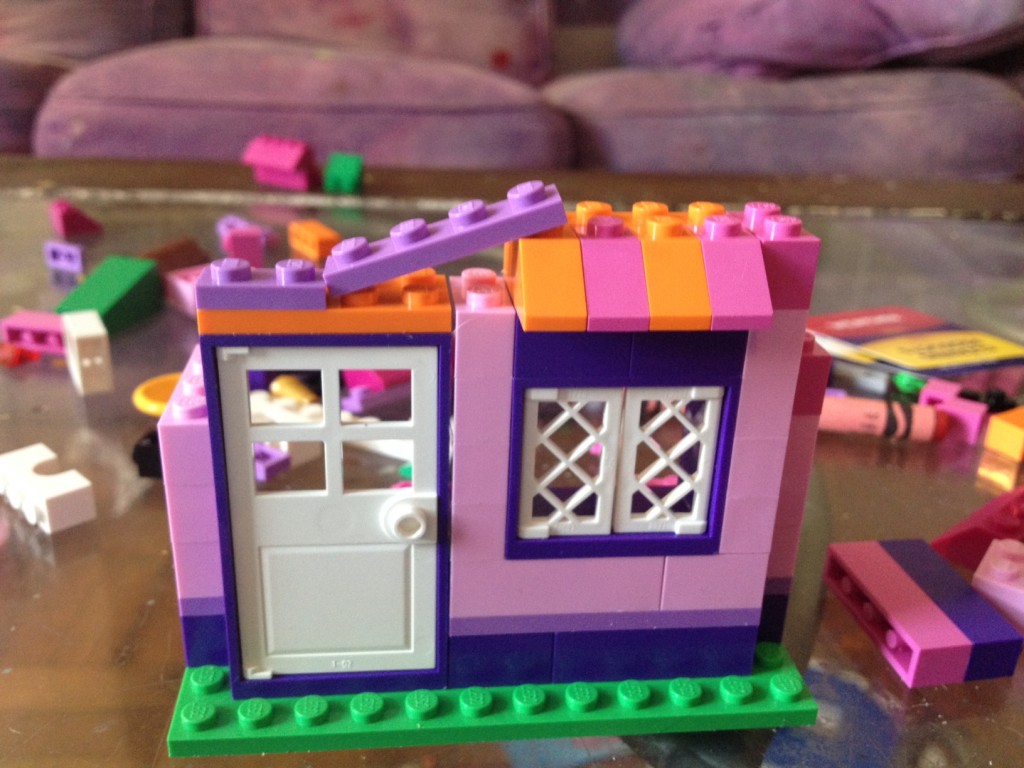 This isn’t right, I thought to myself. I followed all the instructions. How can this be? Maybe I should try another purple piece. 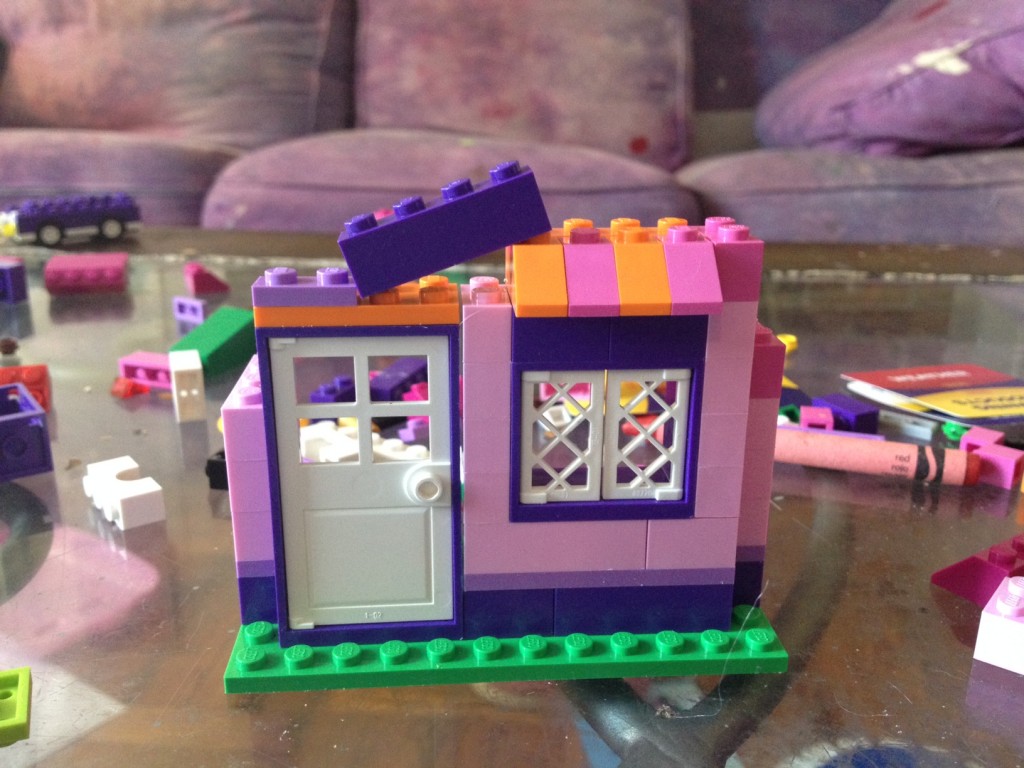 That one doesn’t fit either. I felt the beads of sweat dripping on my face. My brow furrowed, I began to tremble. This wasn’t right. I followed every single instruction. I looked at the house and noticed that it was glaring at me. The Legos were laughing in my face. You can’t do this! They shouted. The anger began to rise in my throat. I wasn’t going to let them win. 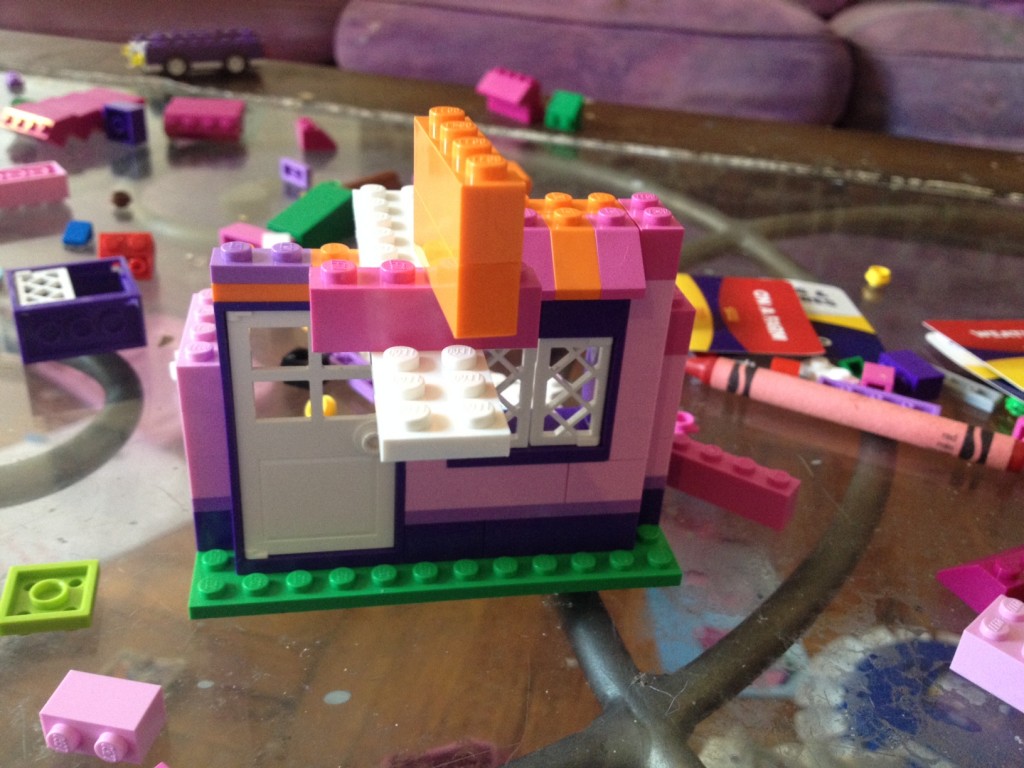 They continued to mock me. I had had enough. That’s it. I refuse to let you get the best of me. I don’t have to take this from YOU! 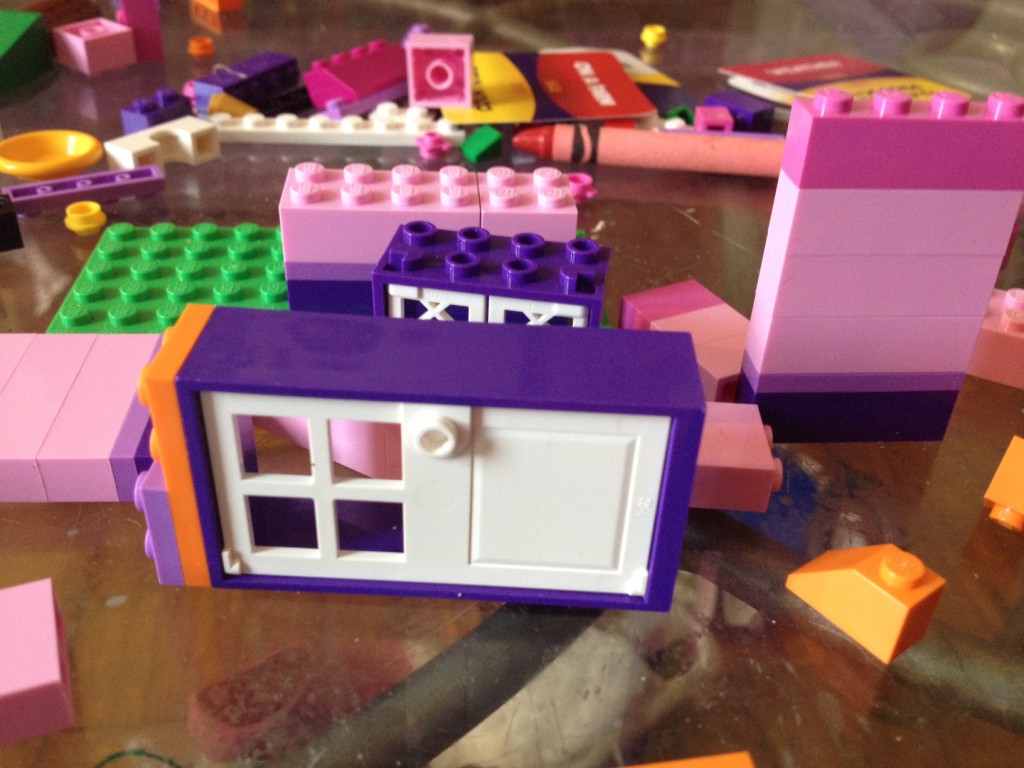 And then I realized that they were just Legos. They weren’t laughing at all. They were small colorful plastic pieces that wanted to come together and form something that made more sense. I took a deep breath. I found my happy place. The Legos and I worked together and we made this: 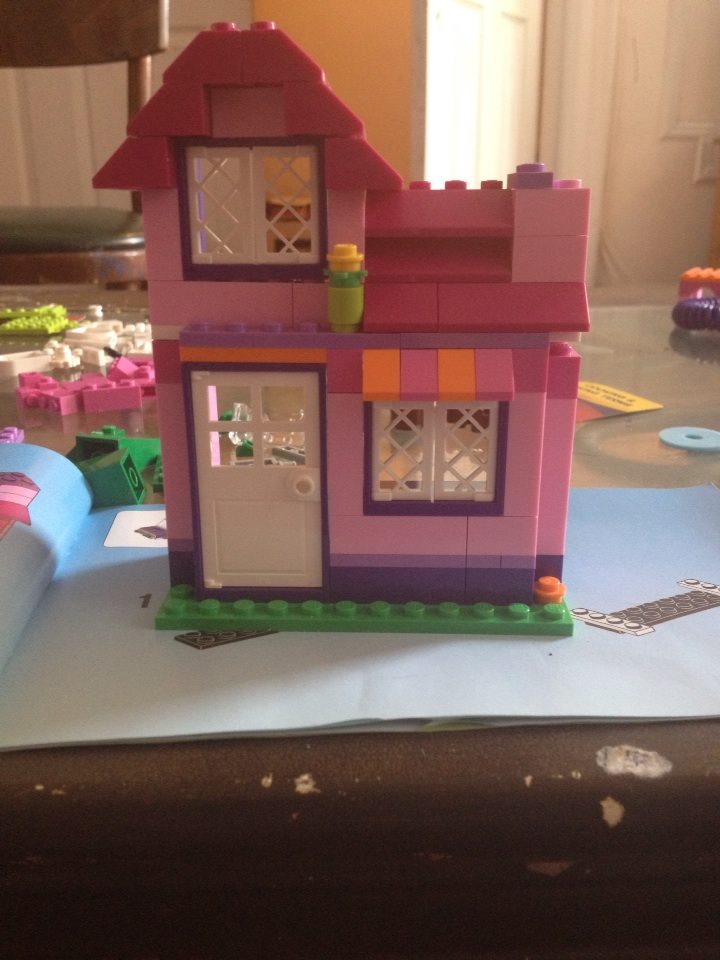