Home/Uncategorized/And They Opened a Hardware Store in Cleveland – Dad!
Previous Next

My dad is awesome. He’s a Libra like me and he has an infectious laugh. Whenever he laughs, I laugh. 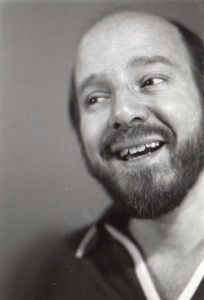 He’s an actor, and when I was in fifth grade he started an acting class for me and my friends.

He’s never been an animal person, but the first dog he ever bonded with was my childhood dog, a German Shepherd/Border Collie mix. Her name was Villa. 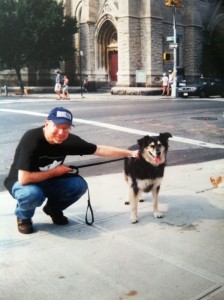 My dad and I are so similar that when we argue it’s hilarious to watch. We say things like “No, you listen to me!” And the other person isn’t listening at all. We’re both Libras so we’re sensitive.
I remember the time that my brother and I were flying to California from New York, and our plane was delayed for nine hours. What American Airlines didn’t know back in 1989 was that Jeff Fader is from the Bronx. Once he found out that the engine was being changed on our plane, his Bronx roots came out. 30 minutes later my entire family had free plane tickets to Orlando. 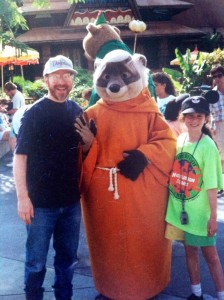 When my dad told me bedtime stories they would always end the same way, “and then they opened a hardware store in Cleveland.”
He also had a blue stuffed rabbit that he used to make silly sarcastic remarks that always made me laugh.
Dad, I love you. You have been there for me through every stage of my crazy life and continue to do so. Thank you for being an amazing person and a force to reckon with.
Love,
Smedley