When I was pregnant with Samara, I had no idea how Ari would react once she came along. I’d heard stories of older children becoming jealous of their new younger sibling, but I didn’t know if that would happen in my house or not. Typical me, I dove head first into having a second child without thinking about what might transpire.
At first, Ari was excited about having a younger sister. When Samara was a newborn, Ari was a big helper. He would comfort her when she cried, help me throw away her dirty diapers and sing her lullabies to help her go to sleep. 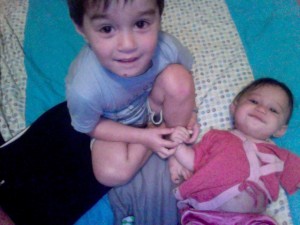 He did display some jealousy as well, but I wasn’t shocked by it, because (as I said) I’ve heard that older siblings typically become jealous when a new baby enters the household.

When I say Ari was jealous, I mean he would get upset and start acting out when I nursed Samara. If Wil was holding Samara, Ari would demand his attention at that very moment.
But once Ari got used to the idea that Samara was here to stay, his demands for attention at inopportune moments subsided, and he accepted that Samara ate and pooped a lot, and (much of the time) he had to wait for her needs to be satisfied before he could get what he needed from mom or dad.
Now that Samara is mobile and more of a person, Ari is more jealous than ever. 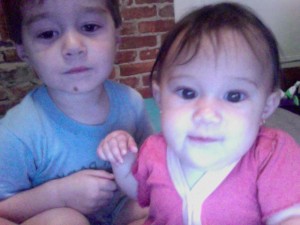 He gets upset whenever I pay any attention to Samara. He becomes enraged when she tries to play with his cars or any of his other toys. I try to get him to share with her, but he screams:
“MY CARS!” or “MY TOYS!”
Now, don’t get me wrong, it’s not all bad. He’s not jealous all the time. He gives her plenty of affection, and they do play together. 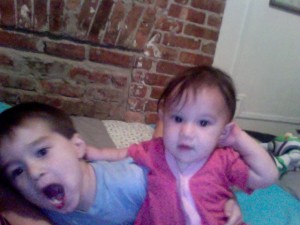 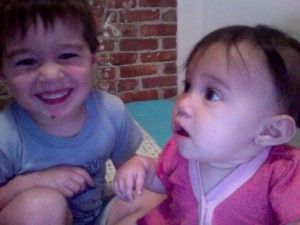 It’s just that I catch him being mean to her in some way, and it’s really hard to referee between them. Especially when he’s trying to hit her with a giant stick. Oy gavolt! Can’t we all just get along? 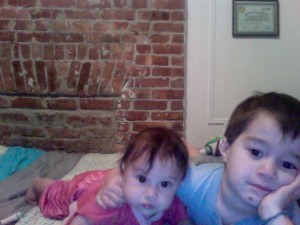 I know this is a common scenario, I just don’t know what the hell to do about it. My brother and I must have gone through it, we are (after all) four years apart.
Help me out, folks! How do I get these kids to get along? I want to keep the peace in this house.