Home/Uncategorized/I’m Not Having Twins But…
Previous Next

I’ve gotta tell you, I’ve always wondered how the mothers of multiples do it. I’m not even talking about a freakish amount of children, I am impressed by the matriarchs who handle twins!

Today, I had the privilege of watching Ari’s best friend, Nelson, while his mama returned to work. And when I say the “privilege,” it’s because he is seriously the easiest kid to hang out with. I’m not just saying that, it’s objectively true.

So, effectively, today it was as if I had twins. Two boys, the same age with the same rambunctious energy.

Wil offered to help with the changing of diapers. I was thrilled! He also said that if he was sleeping to “only wake him up if it was an emergency,” and an “emergency” was not considered the following statement:”Ari pooped in his pants!”

When Nelson arrived, Ari was still sleeping. So he made himself at home. 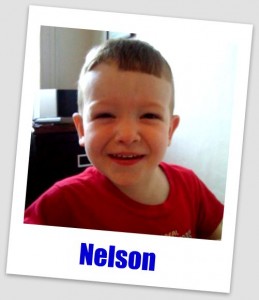 Then Ari woke up, and the boys ate breakfast together, and (more importantly) had some milk. Ari, of course, had chocolate milk and Nelson settled on the old fashioned kind. 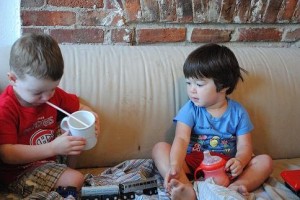 Then Nelson’s milk became one with the couch. 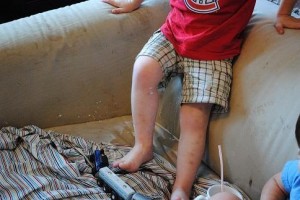 This pleased Ari very much. 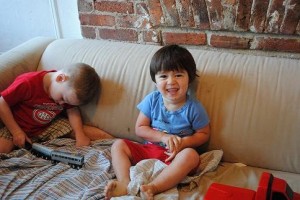 They were so excited, they spontaneously decided to dance. 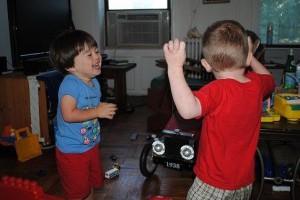 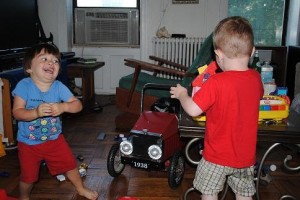 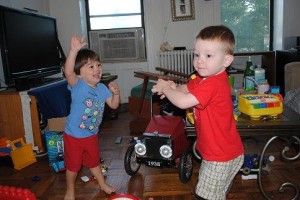 In the process of this tomfoolery, there was a car wreck in the kitchen. 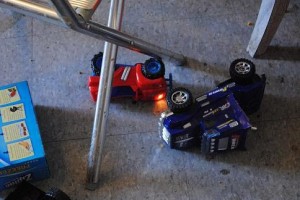 Don’t worry, no passengers were hurt.

We decided it was time to visit Ari’s grandparents who live only a few flights downstairs. Unfortunately, there was a strange man fixing the washing machine, so we had to make other arrangements. Ari convinced me to go to the playground. He said he would sit in the stroller if Nelson agreed to push him. Nelson obliged. 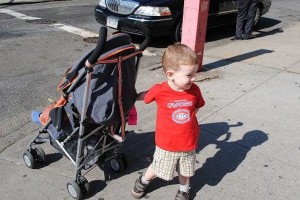 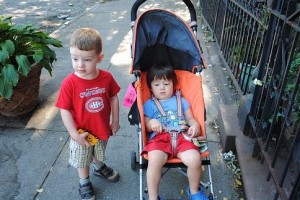 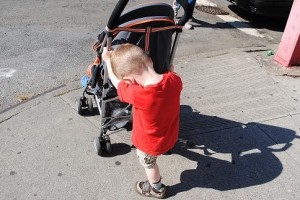 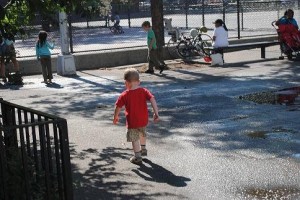 And so Ari and Nelson played. 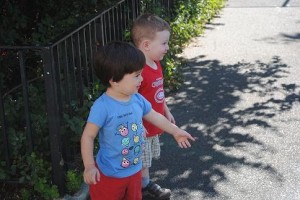 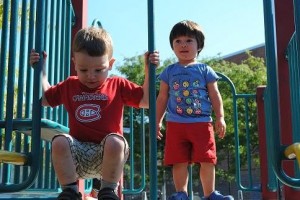 And drank water…with some assistance… 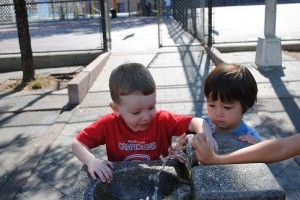 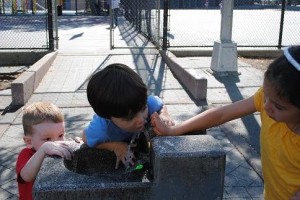 They also got soaking wet. 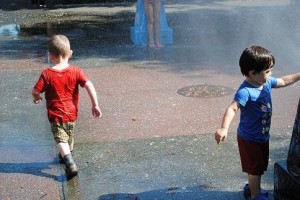 When we got home, I asked some random police officer to take a picture of me and my “twin boys.” He confided in me that he was in the process of fostering a 2 month old baby. I wished him well. 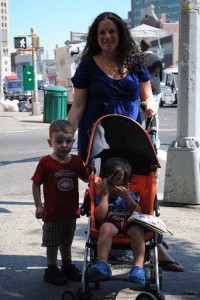 Please excuse my fat pregnant a$$.

We arrived home, and it turns out (while the boys were waiting for their clothes to dry in the dryer) that Ari’s Jewish Grandmother was available…with pizza! 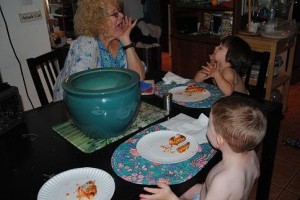 After pizza was consumed and clothes were dry, we headed back upstairs for naps. 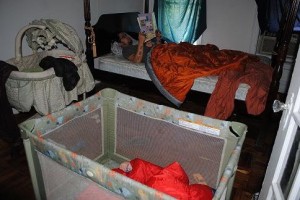 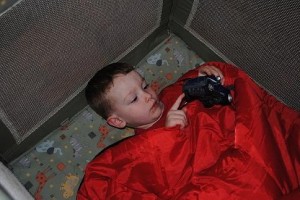 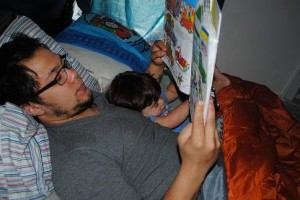 But Ari was goofing around too much to stay in the same room as Nelson. So he had to be moved to his own room for sleepy time.

And then this happened: 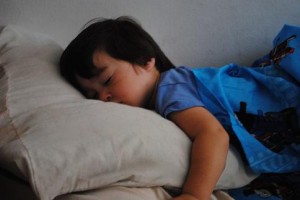 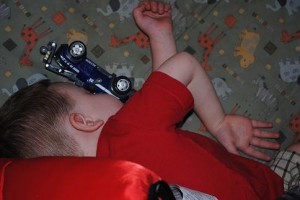 Okay, so they’re not really twins. But I have to say, I think I did a damn good job keeping after these two energetic toddlers. What a day!