Home/Uncategorized/Birthdays and Sugar Highs
Previous Next

Yesterday my niece, Francesca, had her 9th birthday party at the Children’s Museum of Art.
Ari had a great time, since he is in love with her. 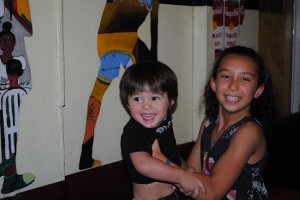 All the kids made sculptures out of clay and painted them. After the sculptures were created, pizza was served, but Ari was completely uninterested in eating. He just wanted to continue painting. When I asked if he wanted pizza, he gave me this face: 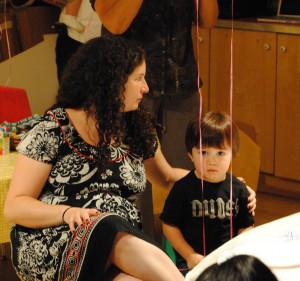 He cheered up when he got to play in the ball pit. 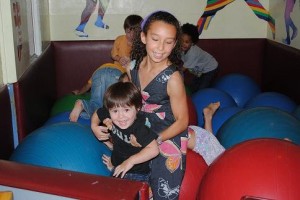 And so did Wil! 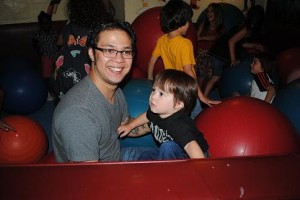 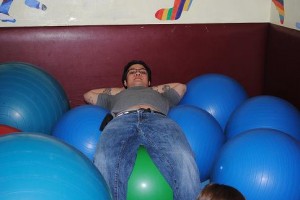 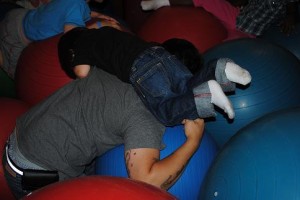 Since I’m tired and pregnant, I made Wil drive to the museum, which in hindsight was a dumb idea. We couldn’t find parking and he was cranky because he refused to eat anything before we left. So he was grumbling about how we should have taken the subway.
I replied “You seem cranky. Maybe you should eat something?”
To which he replied “I don’t want to eat anything! I want to park the car!”

For my penance, I agreed to continually put money in the parking meter so we would not get a ticket. Wil agreed it was only fair that we alternate (with regard to the meter) despite his resentment about the taking of the car. During my journey to the car, I missed the cake! Wil tried to save me some, but some scoundrel stole it. 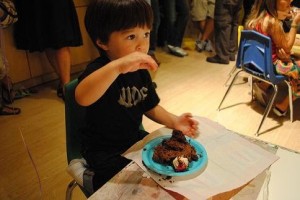 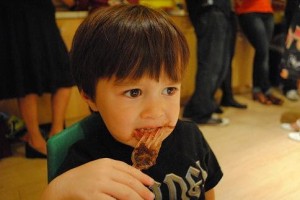 Fortunately for him, but unfortunately for me, Ari did not miss the cake. The rest of the events that transpired were influenced by this cake ingestion.

We left the museum and headed to a restaurant near by singing “Happy Birthday” all the way there. 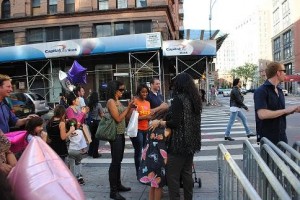 When we arrived at the restaurant, Ari wanted to eat nothing but french fries, and literally could not sit still the entire time. Mint joined us, but I have no pictures of her because she was helping me attempt to calm Ari down.

As a temporary solution, Wil reached into Ari’s goody bag and gave him a tootsie pop as a reward for sitting in a chair. When in doubt, add more sugar! 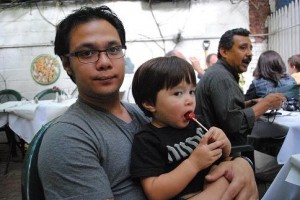 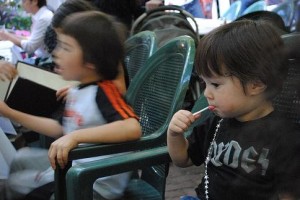 Wil managed to get a candid reaction shot of me as I watched Ari devour the lolly pop. 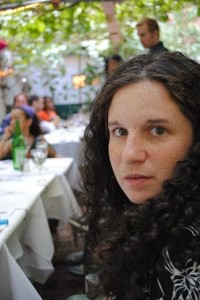 Ari insisted on getting up from his chair every three seconds. He also wanted to sit with Francesca, or “Ches-ca!” He would randomly exclaim:
“I wanna see Ches-ca!” Francesca graciously obliged his pleas. 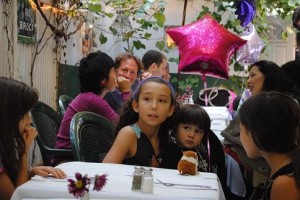 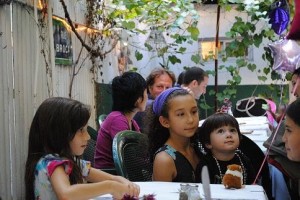 Somewhere in between this chaos, I managed to consume a steak with peppercorn sauce and fries. I love being pregnant.

There were a ton of kids at the restaurant, including a set of twin girls (age 2 1/2) who are related to Francesca. They were so well-behaved it was ridiculous. Ari was running up and down the length of the restaurant, meanwhile these lovely ladies were patiently sitting in their chairs.

Several hours into the meal, The girls started to get a little antsy, and by this I mean they asked their mother if they could “Go for a walk.” I was extremely jealous.

All I have to say is that I hope my mystery baby is a girl, because I need to be able to sit down, if not for five minutes.

After the restaurant, we headed home in the car, which I was glad to have access to despite the insanely difficult time parking, because by the end of the day, I was exhausted!

We got home, Ari and I went to sleep and Wil went up to the roof and took these shots of the World Trade Center memorial lights. Don’t steal them. 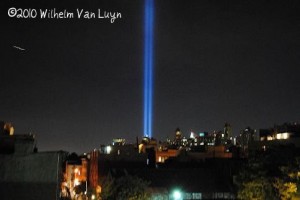 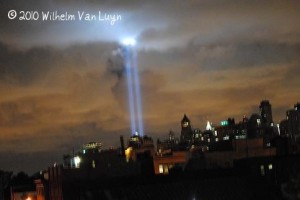 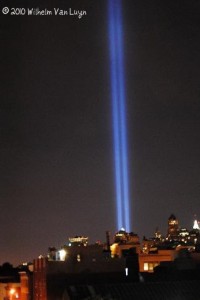 Alright, I’m now exhausted from re-telling that story. I’m gonna go have some more coffee now. Feel free to share a birthday party story with me! Or how about one where your child got a major sugar high?