This morning Ari and I rushed around getting ready for his pre school’s trip to Governor’s Island. I was so tired that I decided to wear the same clothes I wore yesterday, even though I had a giant peanut butter stain on my pants. 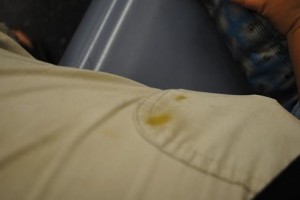 We managed to get out the door, and onto the subway. We were late, as usual, so I frantically asked the subway booth person which was the closest handicapped accessible station to my destination. I did not want to carry my stroller up several flights of stairs. She kindly handed me this: 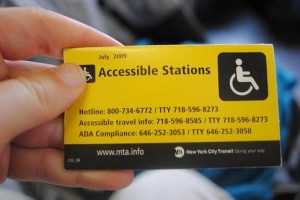 How nice! I thought to myself. Now I actually know which stations have elevators! To think I’ve lived in New York City all my life and this is the first time I’ve received this information.
We got on the train, and Ari started freaking out. 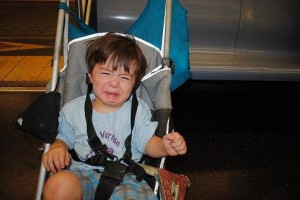 Why was he so upset, you might ask? Well, he wanted to sit in an actual seat. So I obliged. 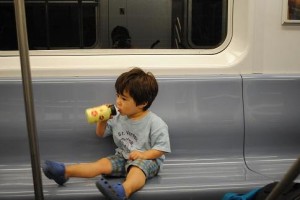 Things were okay after that. We got off the train, and I got lost several times in Battery Park before we arrived at the ferry to Governor’s Island. We were just in time! 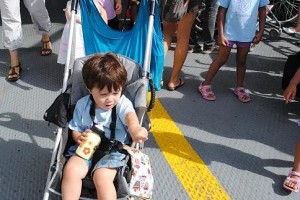 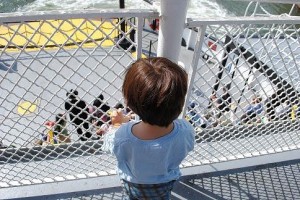 We arrived at Governor’s Island. 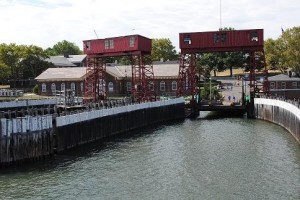 Upon entering Governor’s Island, we walked straight to the Children’s Museum. 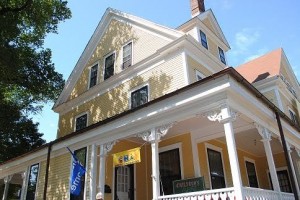 But it was not yet open. So we walked around enjoying some of the scenery. Ari played with some leaves. 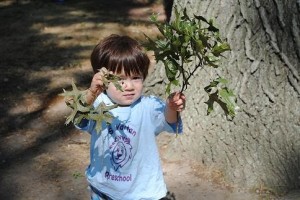 Then he ran away and found a stick. 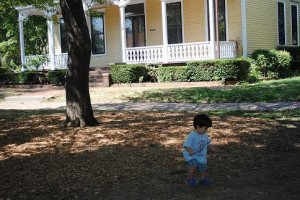 In a little while, the Children’s Museum opened, and there was a big arts and crafts fair. At the fair, he was introduced to flubber. 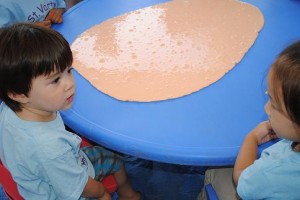 But, he was unimpressed. 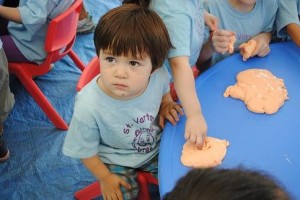 Here are the things Ari did at the fair: 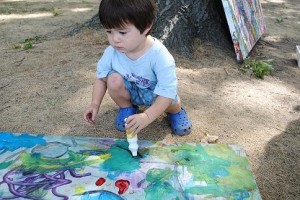 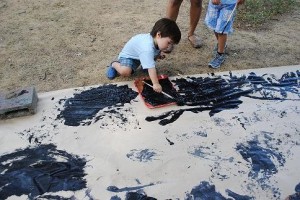 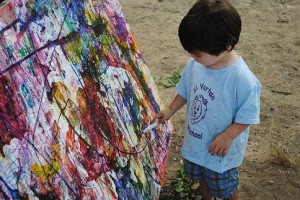 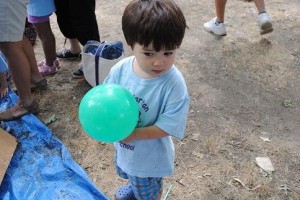 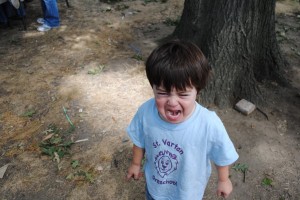 So we let that one go. That’s okay. Ari made a friend named Rebecca. 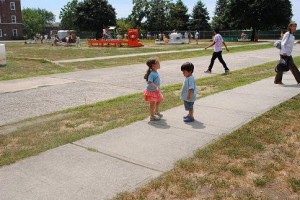 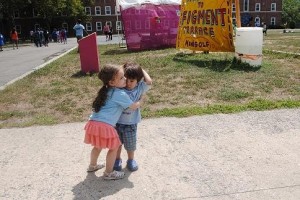 And then he ran off to play with an enormous bulbous blue balloon-like structure. 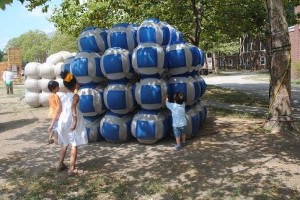 Then he became one with it. 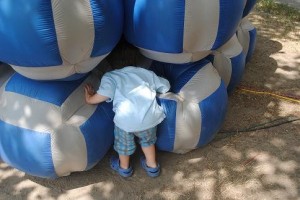 He had some chocolate ice cream, which made him very happy. 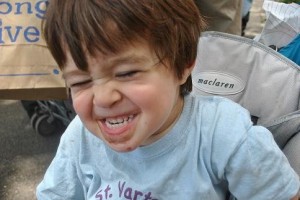 Then we hitched a ride with an Island security guard back to the ferry. I told him I was pregnant and tired. He obliged. 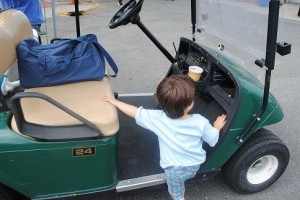 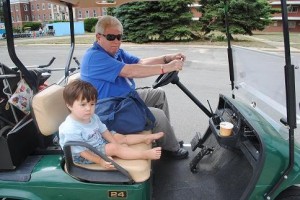 And he went on his way. 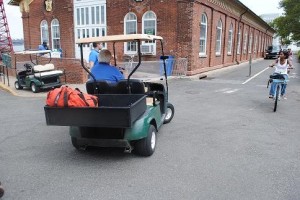 We made it on the ferry back to Manhattan, but Ari was exhausted. I couldn’t even get him to look at the camera. 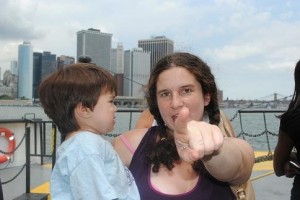 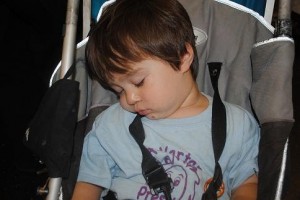 Unfortunately, I could not join him.