Home/Uncategorized/Alright, Which One of You Pissed in My Tub?
Previous Next

Long before I had children, I had cats. Now I have a child, am pregnant with another child and I still have cats. One of these fine felines has been misbehaving lately in the form of relieving himself in my bathtub. This displeases me.

I’m not sure which one of them is doing it. I have my suspicions, but nothing is confirmed.

Maybe you can help me figure out who it is. 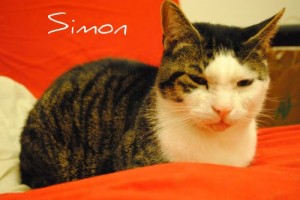 Name: Simon
Former Alias: Mr. Maggot
Age:10
Profile: He has no tail. He will eat anything you put in front of him. Anything. Oatmeal, chicken, Diet Coke etc. He once got locked in my brother’s room and pooped all over his bed. He was found in a junkyard with half of his tail missing, the other half was eaten off by maggots, hence the former alias. He can vomit on a dime. 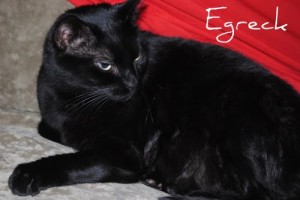 Name: Egreck
Age:6 (Although Ari insists that Egreck is “2 years old” no matter what I tell him)
Former Alias: Buddy
Profile: Egreck is from the mean streets of Brooklyn. Not much is known about his former life. He was adopted from Petco at Union Square where Kitty Kind (a rescue organization) was holding feline adoptions. He once fell off the top of my refrigerator and landed in the freezer. Egreck has been known to poop in the bathtub when the door is left ajar. As for peeing, I’m not so sure.

My suspicion is that Egreck is responsible for the random terrorist peeing, but I’m not 100 % positive about this.