Ever since my son started eating food as opposed to drinking breast milk, things have been challenging around here. He is undoubtedly a picky eater. See previous post here.

He has his definite likes and dislikes when it comes to cuisine. I found myself worrying that he was getting the right vitamins and minerals because he would be opposed to eating things that even have a slight hint of green pigment in them. I was also frequently scanning the fridge for something he liked to eat. 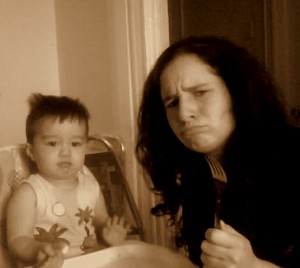 I can’t believe that the solution was so simple. I am almost embarrassed to say that I had to read it in a book. If you want to know what book it is, email me at oldschoolnewschoolmom@gmail.com, and I will tell you.

It boils down to this: eat when he eats, and eat the exact same thing that he is eating.

He eats oatmeal, I eat oatmeal. He eats chicken rice and broccoli, I do too. He will eat whatever he likes on the plate. What he doesn’t eat, take away from him. He won’t starve. He’ll have an opportunity to eat at snack time in a couple of hours.

1. Offer other options in the fridge if he doesn’t eat the meal. He will come to expect this and hold out until he sees something “better” presented to him.

2. Do not offer an alternative meal 30 minutes later.

3. Offer food continuously throughout the day. It’s better to stick with scheduled meals and snacks. 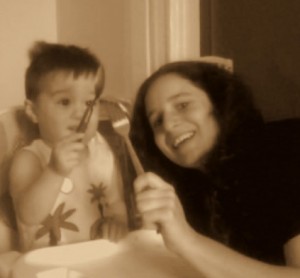 p>Now mind you, I just started this routine, but it seems to be working! He is eating what I put in front of him. He did throw some salad on the floor, but I guess that comes with the territory. I’ll keep you posted on how it’s going. 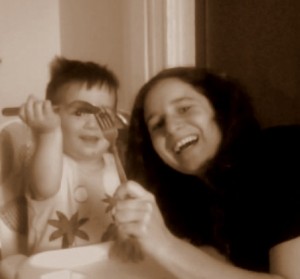