When you have kids, you carry a lot of things with you when you travel. As a result, many of these things tend to get lost. One day, after having my son’s playgroup over to my apartment, I found all sorts of remaining items; a yellow baby spoon, a baby sock and this; a plastic container that resembled a tea cup. My good friend Josina and her son Nelson left this curious contraption behind.

I was immediately intrigued and took a closer look. 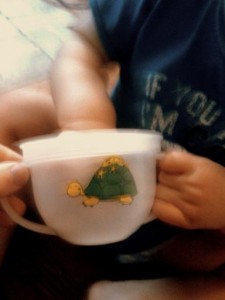 The container had slits on its cover resembling the way that one might slice an orange. 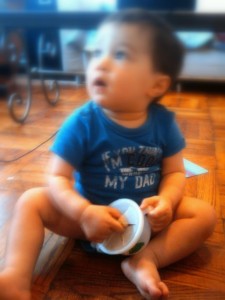 All of a sudden I had memory flash; I recalled that Nelson was reaching his hand into this cup and eating Cheerios by himself. So I decided that I would place some Cheerios into the contraption and see if my son would do the same. He did! 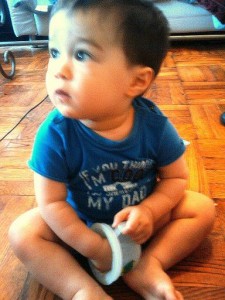 This was incredibly exciting to me. For months now I have been cleaning the remains of Cheerios and their brethren off of the floor of my apartment. This container cut down the Cheerio debris considerably. My son was able to eat his snack without creating an enormous mess.

The container advertised a website: http://www.snacktrap.com. I decided to take a look and see what this company was all about.

It turns out that the company, Made for Mom, was founded by a mother named Christine Moss. She worked in corporate America and when she had her two girls, she made a choice to stay home with them to raise them. But she missed the business world, so she took the initiative to create her own company of mom-inspired products, one of which is The Snack Trap.

When I found out that The Snack Trap was created by a mom, it made me like it even more. Although I have to return the coveted item to Josina today, when I see her at the library, I will be purchasing some Snap Traps of my own. Thank you Josina for inadvertently introducing me to something wonderful!

For more information about The Snack Trap and Made For Mom, visit here.