Home/Uncategorized/Depression Sucker Punches You
Previous Next

Remember Mike Tyson’s Punch Out for Nintendo? There were different opponents to beat. Each boxer was harder to conquer than the next. There was that King Hippo with the big belly. You punched him right in the stomach and defeated him. When I think about depression, and how it comes out of nowhere, I remember King Hippo. He probably wasn’t expecting to be socked in the belly, but it happened. Sometimes depression does that, the sucker punch I mean. You think that things are going along just fine and all of a sudden, BOOM! Depression comes out of absolutely nowhere and that hurts. It’s not fun, it’s intense, and it can be overwhelming. Nobody wants to feel like that voluntarily.

Yeah, depression sucks, and it can come out of seemingly nowhere. But, it’s also treatable. You might not necessarily have control over how long it lasts or how severe your depressive episode is. But, there are ways to manage depression even if it does sucker punch you. The thing depression wants you to do the most is stay silent. You don’t have to listen to it. You can talk about what you’re going through, speak to your friends, your therapist, anyone you trust who will listen. It’s okay to be sad, and as painful as depression is, it will get better. It takes time to recover from it.

I try to be patient with myself when I am going through a depressive episode. I remind myself that it’s just that: an episode. It will pass and I will feel better again. It might feel awful. It could appear neverending, but it isn’t. There are small things that make my depression feel better. Going outside, seeing my friends, calling a friend on the phone, eating chocolate, watching Unbreakable Kimmy Schmidt on Netflix. Those are things that make me feel good. They’re not the solution to my depression, but they alleviate some of the symptoms.

Depression is a monster, a liar, and something that we can’t wave a magic wand to get rid of. But it will get better over time. Depression isn’t who I am, it is what I deal with. I won’t assume depression as a part of me. It something external that I’m aware of. I watch it, I see the symptoms and I fight against them. I won’t let depression win, no matter how hard it tries to beat me. If it sucker punches me, I’ll punch it right back directly in the stomach. 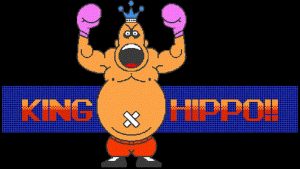