I closed my eyes and relaxed in the hard plastic red seat. The elderly man next to me was reading a newspaper, or at least I think he was. My eyes were closed and I could hear the rustling of papers. I could only assume that he was shuffling through a newspaper. It was crisp and clean, the way he shuffled his paper. It would be a long time before I got to Nowhere, and I just wanted to sleep. I rearranged my body in several different positions; put my legs against my chest in the seat. It was hard to get comfortable. I was wearing green khaki shorts and a white tee-shirt and the train was severely air conditioned. It made sense, since we were in the middle of the summer, but my legs were cold as ice.

I opened my eyes for a moment and shoved my bare legs under my tee-shirt. It was a last ditch attempt to finagle some warmth. Upon opening my eyes I glanced over at the elderly man who was immersed in reading his paper. The story he was reading must be exciting, I thought. I looked down at the top of the paper. The date read: June 16th 1899. My heart began to race. Something was wrong here. This train was cursed.

The elderly man was was oblivious to the window beside him. The train moved quickly blurring our immediate surroundings. Trees, houses, roads all looked like a green, red, brown and gray blur. I began to sweat and tremble. There was no turning back now. The pigeons were gone and I couldn’t remember what color they were. Were they grey or brown? Did they even have eyes? I didn’t know because they were long gone. At least they weren’t pecking at my toes. I hate that.

But they were the only friends I’d known, those disgusting birds, for days, months, maybe a year. I’m not even sure. I’d been at that train station waiting for any train for so long that I’d forgotten what my name was for a while. I renamed myself four times before I decided on Julia. Julia isn’t even my name but I needed a name because this man came by and asked me what my name was. He was asking for directions to the nearest grocery store and then when I said I didn’t know he asked:

And I could only remember famous people named “Julia.” Julia Child, Julia Stiles, Julia Roberts. So I told him my name was Julia so he would leave me alone. 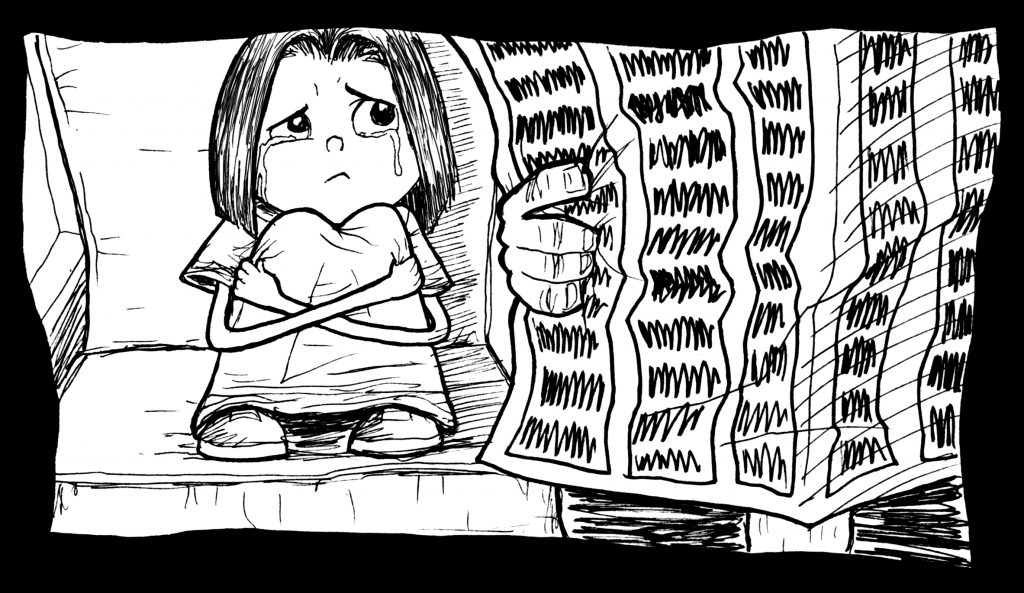