Home/Uncategorized/Thank You Ninjas
Previous Next

Canadian Sarah Carmichael  is a ninja. But not the kind that secretly fights crime. She is a Thank You Ninja. Her mission: to secretly thank the world one postcard at a time. 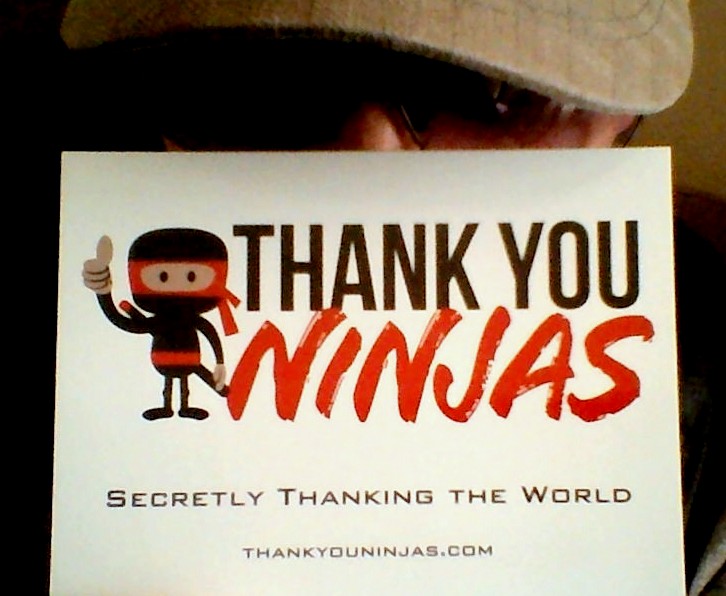 More than a decade ago, Sarah sent a postcard thanking someone anonymously for a good deed they’d done. After she sent that note, something curious happened. Here’s more on that from Sarah:

“I just wanted to quietly make someone’s day. In the beginning, all the recipients were completely random strangers whose names and addresses I found on the online phone directory. A few months ago, I decided to share my mission with the world – that’s when it was named Thank You Ninjas.

Sarah has formed a movement. People are anonymously thanking one another for good deeds across Canada and the United States. She’s assigned different folks to become Thank You Ninjas in Toronto, New York City, Vancouver and Wichita and that’s just to name a few!

Anyone can become a Thank You Ninja. All you have to do is start secretly thanking people. There is even secret ninja gear.

Sarah never imagined that when she sent that postcard 10 years old, her life would never be the same. She and the other Thank You Ninjas are spreading happiness (albeit secretly) throughout Canada and the United States one postcard at a time.

The Toronto Star interviewed Sarah about what it’s like to be a Thank You Ninja:

I’ve even gotten in on the action myself Brooklyn style! 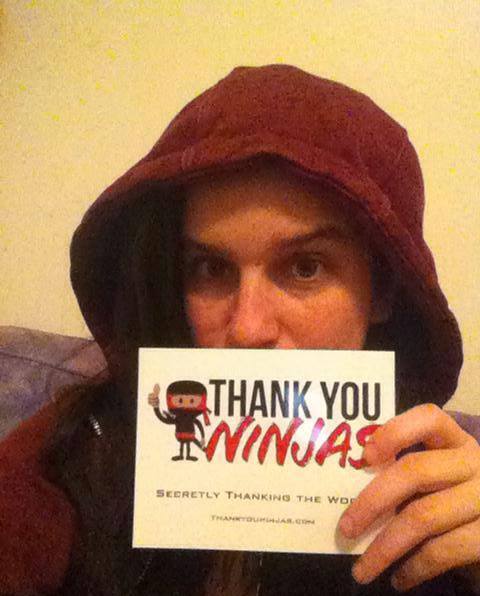 So what are you waiting for? Become a Thank You Ninja Today!