Sarah Carmichael is the mother in a kick-ass Canadian family comprised of her husband, her soon-to-be six year old son, and her two year old daughter. She works as an independent contractor and has been blogging at sarahcasm.ca since 2006. As far as she’s concerned, it’s all a matter of perspective.

“How did she come to you?” she said as she twirled my two year old’s curls around her finger. “Do you foster her?” Before she could blink, my daughter was out of her reach and perched on my hip. “She’s mine.” I said. “I gave birth to her.” Perhaps the curls threw her – or maybe it was how the brown of her skin contrasted with the stark whiteness of mine. Maybe it was both. I didn’t ask. I didn’t want to know.
Upon seeing the differences between me and my daughter, this woman assumed that she was not of my body. Did it not cross her mind that my husband could be black? Did she not know that brown babies can come out of white mothers? Had she never seen an interracial family before? Why wasn’t black father her assumption before white foster mother? So many questions.
The woman is a friend of people I know and they tried to answer some of my questions and rationalize her assumption – her only exposure to non-white kids has been through friends who foster. What? No. She has never met my husband or seen a photo of him. So what? She didn’t realize you had kids. Blatantly untrue; she and I had met before. I didn’t want excuses. I didn’t want anyone to explain away the assumptions made about my family and my kids. I didn’t care about intentions. I was hurt and I was sad. I was angry, but I was also thankful my daughter was too young to understand the implications of what was said. 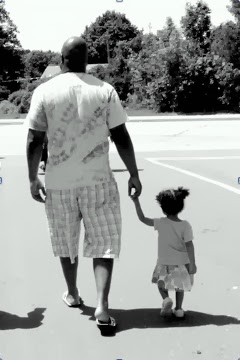 The brief encounter revealed much more about that woman than it did about my family. Those ten little words, posed without hesitation, told me a story. I’m sure her intentions were not malicious, but that doesn’t change anything. I’m also sure other people wonder about my relationship to my kids – maybe not in the diverse city in which we live, but perhaps in more homogenous communities like the one I grew up in. Of course the assumption stung, but it bothered me more that she felt entitled to ask – to expose her bias and scrutiny of us. It’s not anyone else’s business and we don’t owe anyone an explanation. The truth is, it doesn’t matter how my baby came to me.
I’d like to say this was an isolated incident, but it’s just one example of many. In fact, that same week, the exact same question was posed to me about my daughter.  That time, the woman at least had the decency to not tug on my child’s curls. I had some family members around me that time, though, and after a stunned silence, her grandmother responded with “she looks just like her daddy and he’s an awesome father.” Subtle, but to the point. I guess that last part was intended to shatter any stereotypes the woman may have consumed about black men being bad or absent fathers. After a quick “Oh, of course! Of course.” the woman turned and walked away.
Encounters like these stick with me. I remember the strangers who touch my children’s hair, patting it like they can’t figure out why it doesn’t lie flat on their heads, or tugging it to watch it spring back. I remember questions about their paternity “Is the father Latino? No? He looks like he has Latin in him.” Or the insistence that my kids aren’t mine when I’m out with anyone who isn’t white “Those are yourkids?” followed by “Are you sure they aren’t hers?” It gets old and at some point in the not too distant future, my kids will be fielding these questions on their own.
If you see a family that falls outside of your experience or expectations – a family that doesn’t fit into a neat little box – keep your questions to yourself. If we want you to know about us, we’ll tell you. The other day, I asked my five year old son what makes a family. His answer was simply love. That is all you need to know.