Home/Uncategorized/Toad, I Have Sent You a Letter
Previous Next

One of Ari’s favorite books is “Frog and Toad Are Friends.” 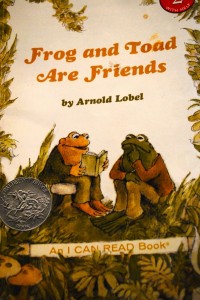 
If you click on this link above and buy the book, Amazon gives me approximately three cents. Awesome! I really don’t care that much about the three cents, I just love this series.

His favorite story in the book is “The Letter.” 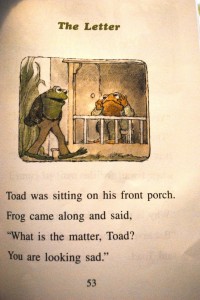 The story goes that Toad is very sad because he never gets any mail. 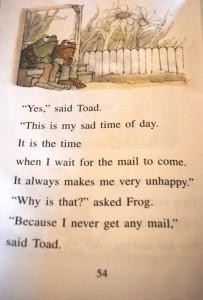 He waits by the mailbox each day, but alas, he doesn’t receive anything, not even a Verizon bill.

One day, Frog decides to send Toad a letter! 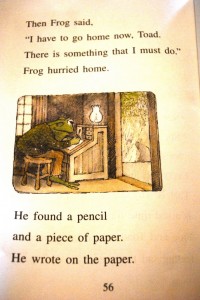 Thankfully, I had just purchased 120 crayons from Staples, so that helped things along. 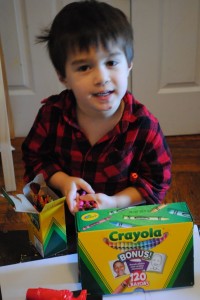 Writing this letter with Ari brought back memories from my childhood. My mom and I started a pen pal club when I was a kid called “Friends Forever Pen Pals.” We charged $3.00 to kids all over the world (the majority of the letters we received were from Africa, actually) and set them up with another child to be pen pals with. I even got my own pen pal, her name was Anne and she lived in Washington state.

But, I digress. In addition to the crayons, I also purchased a box of 100 envelopes. Ari was quite excited about the envelopes. 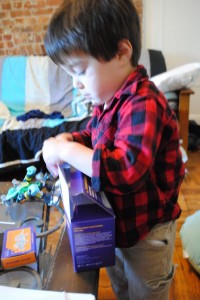 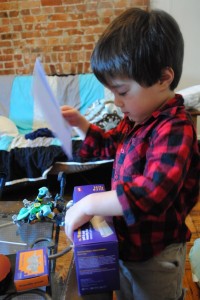 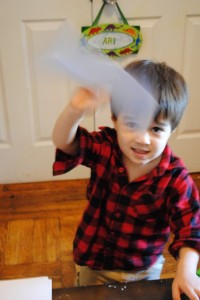 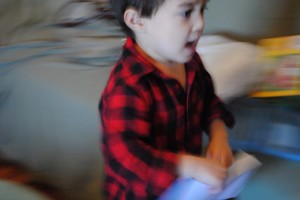 There was also a blue box involved, but I’m not sure how. 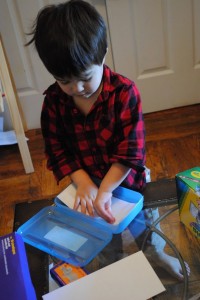 I asked Ari what he’d like to say to Mimi and Mike and then I transcribed it word for word. 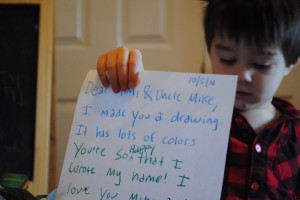 He also made them a drawing. 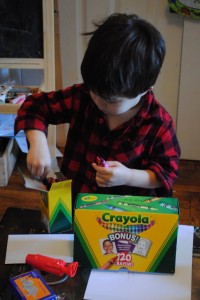 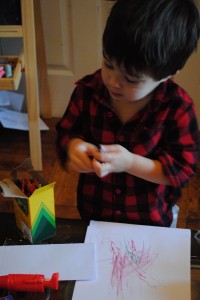 Then it was time to address the letter. 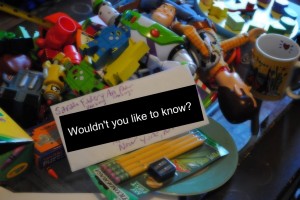 Finally our letter was ready to mail! 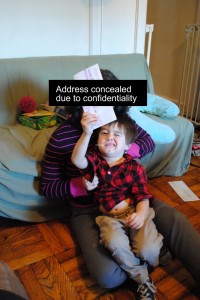 I kept asking Wil to take pictures and Ari was getting antsy. He wanted to leave for the post office! 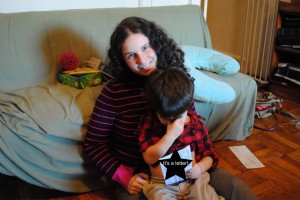 We got ready to leave for the post office, but first we had Ari had to make sure his Converse were tied. 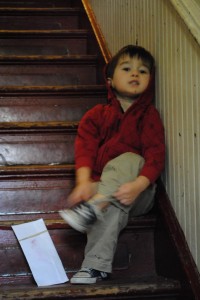 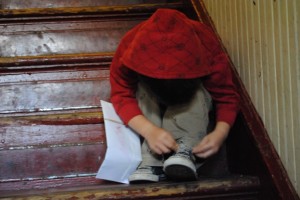 When his shoe laces were in order, we set out for the post office! Unfortunately, we had to wait in line. 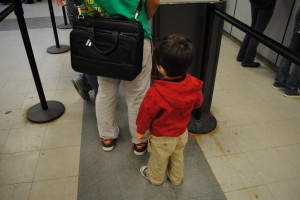 The line went quickly. We chose not to mail the letter in the actual post office, but we did purchase a stamp at the postal teller’s window. I asked if there were any exciting stamps to buy, but unfortunately, the only single stamps available were 44 cent flags. Ari did, however, get a free coloring book. I didn’t take a picture at the teller’s window, because, frankly, I don’t know if it’s legal to take photographs in the post office or not!

I did, however, document him attempting to mail the letter in a closed slot in the mail box outside of the post office. 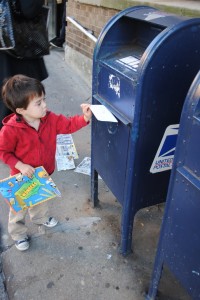 The free coloring book is pictured above.

I showed him how to open the door on the mailbox and mail the letter.

Mimi and Uncle Mike, let us know when you receive your post! Ari hopes you’ll write back too.

To close, I leave you with the second to last page of “The Letter” from the anthology “Frog And Toad Are Friends.” By Arnold Lobel © 1970, Harper Collins publishers, who (incidentally) I used to be an Editorial Intern for! 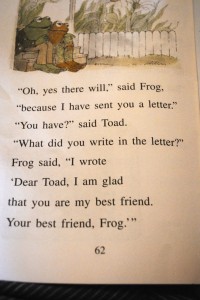 All images from “Frog And Toad Are Friends” By Arnold Lobel © 1970, Harper Collins publishers. Please do not reproduce without contacting Harper Collins. Thank you.

Have you and your kid written a letter? Tell me about it!