This weekend we went camping to celebrate Wil’s 26th birthday. 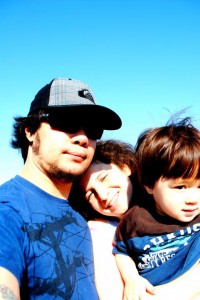 On the campgrounds, I met a man and his nine year old son. They were hiking the entire Appalachian trail. They started in Maine and made it down to the New Jersey/Pennsylvania border– where we were staying. We got to talking and it turned out that he was homeschooling his son. Hiking the trail was part of his son’s learning process.

Ari quickly became obsessed with this little boy and followed him wherever he went. 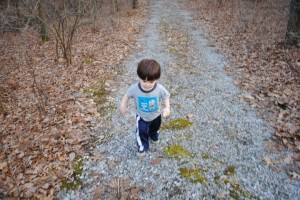 I understood why Ari was fascinated with this kid. He was down to earth, funny and so full of energy that he could not sit still. He was bouncing from tree to tree and cutting through sections of woods that intimidated me. He also gave us some Peanut M&Ms. 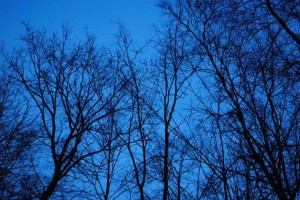 The boy’s dad said something that stuck in my mind.
“Do you have a television?” He asked
“Yes.”
“Throw it out immediately.”
“Really?” I replied.
“When we travel and stay in hotels, my kids watch tons of TV, and at their friends houses too. But at home, we don’t have one.”
“Why not?” I asked.
“It’s so easy for the TV to become the parent.” He replied.

I thought about this and I understood what he was getting at. It’s just a click away to switch on the TV to entertain your child, rather than finding ways to interact with them.

I’m not about to actually chuck my television, but I noticed that when we were away for the weekend, Ari didn’t ask for Blue’s Clues once. He was so fascinated by nature that he had no need for TV. 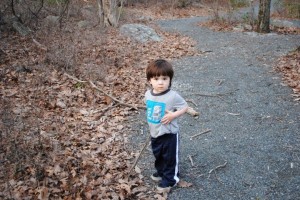 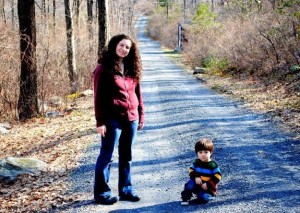 This weekend reminded me that there is much to learn in nature, and we often forget about our natural world when we switch on the TV.