Home/Bed/Ready For a Bed?
Previous Next

Last night I saw something amazing, my son climbed out of his pack ‘n play. 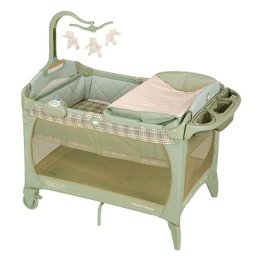 I attempted to place him back in the crib to see if this incident was a fluke. But the moment his feet touched the Pack ‘n Play mattress, he began to scale the walls and he was out of the crib once again.

I called his pediatrician for advice.
“Well,” she said “It looks like he’s ready for a big boy bed!”
“Really?” I replied “But he’s only 20 months old!”

She insisted that since my son is able to escape the confines of his crib, the next natural step is to put him in a toddler bed.

I am still unsure of what to do. Any thoughts?