I love the zoo. As early as I can remember I used to take visits with my parents and my brother to the Bronx Zoo. We’d visit the elephants, the wolves and even take a daring trip into the World of Darkness (which sadly has been shut down).

So when I heard we would have the opportunity to visit the San Antonio zoo, I was psyched. 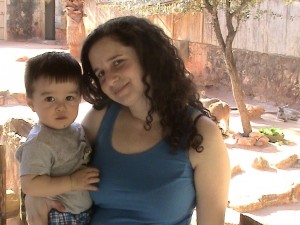 The San Antonio zoo was unlike any other zoo I had been to before. The zoos that I had previously visited had either housed most of their animals behind glass, or had them so far out of your view that you were not even sure what kind of animal you were looking at.

This zoo had you up close and personal with the animals. 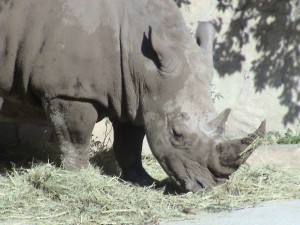 There was no glass between us and this rhino; just a cement wall. It was exciting to be so close to the animals. We could see what the animals were up to and it was truly awesome. 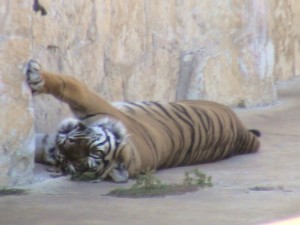 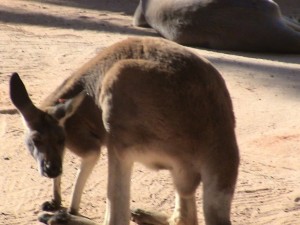 The petting zoo was the most mellow of it’s kind that I had ever seen. The zoo staff gave you brushes to brush the goats with. My son quickly made friends with a goat named Mindy. 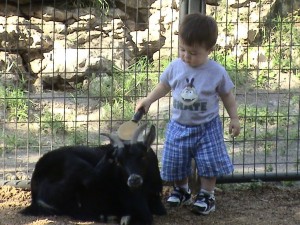 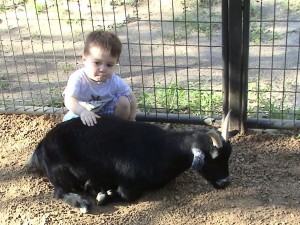 He wanted to stay with Mindy forever. But then the zoo got ever better. We found a field that was set up with toys for children to play freely in. 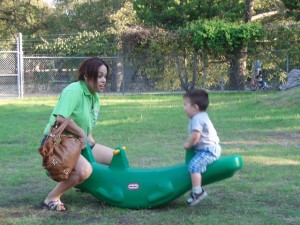 Here he is playing with his aunt Jackie on a see-saw. Shortly after this he became attached to a giant red rubber ball. 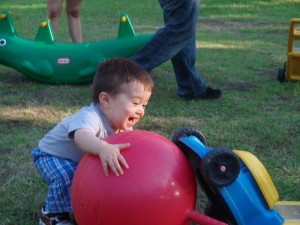 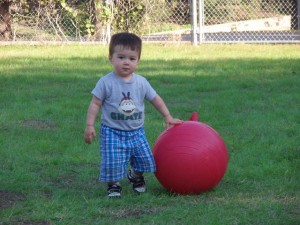 All in all, the San Antonio zoo was a great experience. It is a child-friendly place to go and a great place to get up close and personal with animals.

For more information on The San Antonio Zoo, click here.