Home/Playtime/Rated P for Parenthood and Playtime!
Previous Next

Last Saturday I had the opportunity (thanks to MamaDrama and Playtime!) to see Rated P for Parenthood, a musical about what parenthood is really like. While I saw the play, Ari got to go back to Playtime again!
Playtime! (run by Playwrights Horizons) allows parents of kids 4-12 to go to the theater, while their kids are engaged in art projects including drama, dance, and visual arts! Here’s what Ari did last time he went to Playtime!
One of the best parts of this experience was that I was able to take my parents to the show! 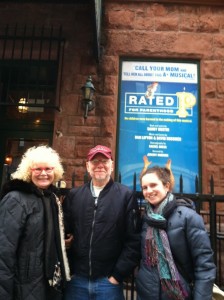 While we went to the show, Aunt Mimi and Uncle Mike watched Samara. She told me she had a great time too. 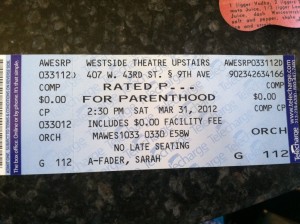 Rated P for Parenthood consists of short skits. There are four characters, two men and two women, who play multiple roles ranging from parents to kids to in-laws and more! 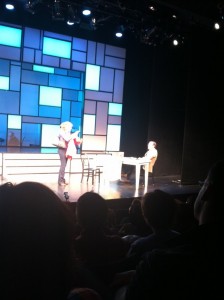 The audience sees what it’s like to be parent of a newborn all the way up through when your child goes off to college. It tackles issues such as puberty, when you think your son’s soccer coach is a sexy beast, in-laws being over zealous as far as knowing what’s best for their grandkids all in a humorous way. 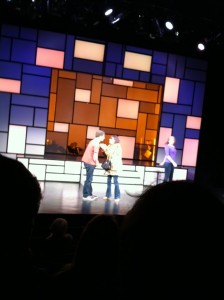 While my parents and I were laughing in commiseration at Rated P, Ari was involved in an art project. 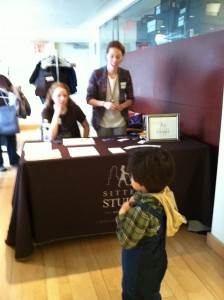 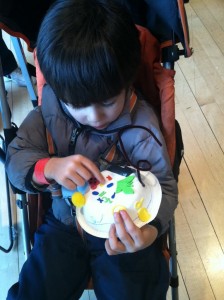 Now we can go to the library and check out books on Keith Haring.

Here’s what Ari had to say about his experience at Playtime!:
After the show, we all went out to eat at a diner nearby. 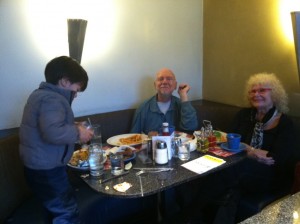 Rated P for Parenthood was hilarious. If you want to see it, check it out by clicking on the “P” below: 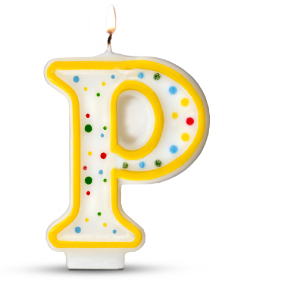 If you want your child to go to Playtime! while you see Rated P or another show where Playtime! is offered, click here: