This morning Ari and I took the subway to Josina’s house to feed her cats while she and her family are away camping. We arrived at the subway. Ari was in the stroller, it was excruciatingly hot underground and all three of the elevators we took to get to our destination smelled like some sort of human excrement.

I decided on the way back home, we would take the bus. Surely, it would be a more pleasant journey.

We boarded the bus and as soon as the stroller wheels touched the bus floor the Bus Driver shouted at me:
“You can’t come on here like that! You need to break that stroller down!”
“I know, sir,” I said trying to maintain my cool “I need to pay, and then I’m going to break it down.”
He grunted in response.

After the stroller was broken down, a couple of nice elderly ladies helped me lift it up to store it safely for the ride.

“Sir,” I said to the Bus Driver “Does this bus stop anywhere near 5th Avenue?”
“Look at the route!” He barked back at me.
“Okay…” I said baffled by his demeanor. I attempted to look at the bus map, but (if you’ve ever seen an MTA bus map you would know) it is extremely confusing. 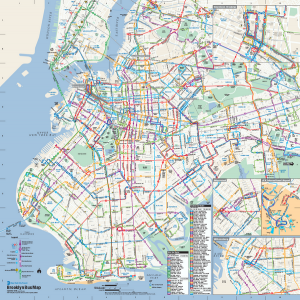 I left it at that. When I saw the bus was approaching a stop semi-near my destination (because this gentleman refused to tell me where exactly he was going, I had to guess) I rang the “stop request” wire.

I attempted to open the stroller and exit the bus.
“WHAT ARE YOU DOING?!” The bus driver yelled as loud as he possibly could “You can’t open that thing up in here!!”
“Excuse me!” I had had enough “I didn’t know that, sir, and don’t talk to me like that! You are very rude!”
“Sorry if you took what I said as rude!” He grunted back.

I got off the bus at warp speed thanking the elderly ladies for their help as I walked down the stairs.

I was left with a nasty feeling as I stood on the side walk with Ari in the stroller. Then I quickly turned around, wrote down the bus’ license plate and reported this jerk to the MTA! I felt better after that.