This morning a vehicular surprise arrived in our Cherrios box. 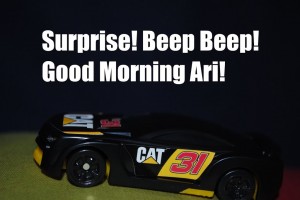 But here’s the thing. It arrived partially disassembled. The car was all black with no stickers on it and there was a separate sticker package like this in the box: 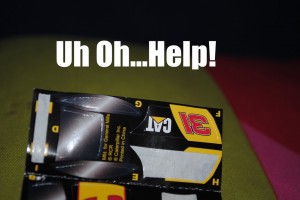 I had to hide the car from Ari so that he didn’t go insane (he loves cars!). I was determined to stick the stickers in the right place before he saw it.

As I attempted to stick the minuscule stickers on this plastic vehicle I was reminded that I have a college degree. Yes folks, I attended NYU (New York University) and it did not prepare me for this task. And let me tell you, it was tough stuff.

If you look closely at the photo, it has sections labeled from A-H and corresponding parts on the plastic car. However, there are no letters on the actual car. So you have to infer which part is which. I was baffled.

Eventually I got it together and this small road warrior joined the ranks of Ari’s car club. 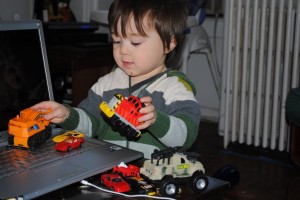 I was very proud of myself for this completing this task.