Yesterday was my 30th birthday. I am officially three decades old. To celebrate, my best friend Mint, my son and I went to see “Where The Wild Things Are,” in IMAX at an insanely early hour. The show was at 9:20am! 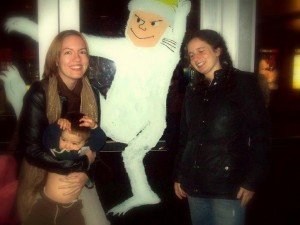 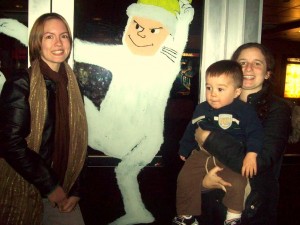 When We entered the theater lobby, Mint said:

“We need to have a plan in case he starts crying in the theater. Do you want me to take him out since it’s your birthday?”
“No,” I replied “I’ll do it. But, I think he’ll be okay.” I was recalling how well he behaved during his first movie experience, when we went to see Pixar’s “Up.” I was hopeful that he would sit through the whole movie.

When we walked into the theater, the previews had already started. My son stopped in tracks. He was alarmed by the roaring sounds coming from the auditorium. We coaxed him into the theater and sat down to watch the movie.

I was right! As soon as I handed him a zip lock bag of Multi-Grain Cherrios and his water bottle, he was locked into the movie. He sat through the whole thing. Two things to note: He was frightened during one part of the film that was so intense that even Mint gasped. And he got slightly bored toward the end when the film’s pace began to slow. But all in all he was a great movie goer.

When we exited the theater he became fascinated by the individual lights attached to the game machines in the lobby. He pointed the lights out to Mint. 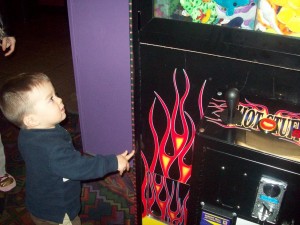 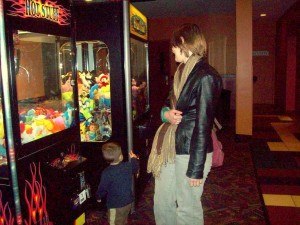 The movie was wonderful. The “wild things” looked incredibly realistic and resembled the figures I recalled from this classic story of my childhood. The boy who played Max was perfect for the part. I don’t want to give away too much, but I highly recommend checking this film out.

I will close with a hilarious quote that Mint sent me from Maurice Sendak, author of “Where The Wild Things Are.”

“When Newsweek asked what the author would say to parents who might think ‘Wild Things’ too frightening for their children, he didn’t skip a beat in responding: “I would tell them to go to hell. That is a question I will not tolerate.” Not one to mince words, he continued, “If they can’t handle it, go home. Or wet your pants. Do whatever you like. But it’s not a question that can be answered.”