I have been a fan of Jon & Kate Plus Eight since I gave birth to my son. I discovered the show when I was barely sleeping, caring for a newborn and needing emotional support which I received in the form of a television show. 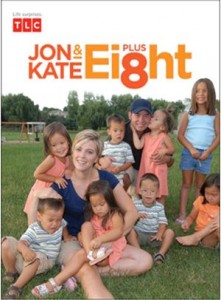 Each day, I would watch Jon and primarily Kate care for their eight children. It gave me hope that I could continue caring for my one child successfully. I liked that Kate fed her kids organic food and that she was a real human being. She is a honest person who doesn’t sugar coat her feelings. She tells it like it is. And I admire that quality.
I also identify with the Gosselins on a cultural level, Jon is half korean, half white and my
boyfriend is half Filipino half white. 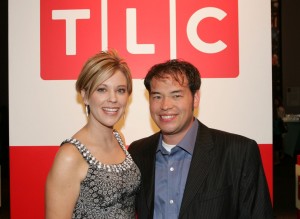 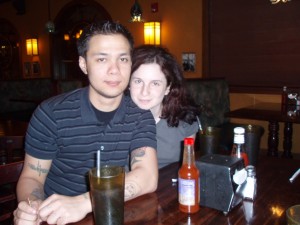 The public gives Kate Gosselin a lot of flack for being mean to Jon or for being blunt in general. Personally, I like her. I identify with her outlook on life, her organizational skills are extremely impressive. Plus, wouldn’t you get a little cranky caring for eight children and trying to satifisy all of their needs?

Kate cares for her eight children seemingly with ease. This includes: food preparation, bathing, clothing them and loving them. I think that she is a phenomenal human being. And keep in mind, when the show started The Gosselins had minimal help. Kate had a few trusted people that she met in various situations that she allowed to help her care for her children. Now, she admitedly uses the help of nannies, but can you blame her? Would you be able to care of eight children by yourself?

Recently the Gosselins have been in the news due to allegations that Jon was unfaithful to Kate. When I saw these headlines in the tabloids I was saddened. Why has the media chosen to focus on whether or not Jon Gosselin is cheating on his wife?

What about all the good the Gosselins are doing for and have done for their family? They were given an extraordinary situation: Kate was pregnant with six children at the same time, and they made it work. Granted they put themselves in this situation. They chose to do fertility treatments, but they didn’t ask for sextuplets.

I couldn’t imagine being able to care for six infants at the same time. I would mostly likely have a nervous breakdown. Despite her occasional bouts of crankiness, Kate Gosselin is able to be a great mommy for her eight kids. She is emotionally present and there for her children.

My point is, stop focusing on the negative events surrounding the Gosselins. Let’s acknowledge the fact that they are doing an extraordinary job as parents.