Troll is an apt term for the kind of shit-kicking ass clowns who get their jollies by pretending that their brand of incessant, obsessive dumbfuckery is clever or entertaining to anyone other than their own slack-jawed, mouth-breathing cohort of circle jerking morons. Wikipedia highlights of “troll” include that they are “isolated” and “rarely helpful to humans” and this really sums up internet trolls perfectly. In the life cycle of the internet troll, all of their stages are juvenile. It is a fair bet to never trust anyone who confuses being clever and sharp-tongued with being a capslock-on, sophomoric keyboard warrior. Trolling is an art or hobby in the same sense as fingerpainting with your own shit, and it deserves about as much consideration. They try to be as edgy as a rhombicosidodecahedron and it comes across like the bellowing of fatuous mooncalves. There’s a time and place to rustle jimmies, but most trolls are just interrupting the adults while they try to talk. Being pedantic while ignoring the intent or spirit of what was said isn’t clever. Basement intellectualism and the veneer of Cheeto dust stained wit they smear across their keyboards, targeted at people trying to have real discussions, is supposed to derail discourse, and so it is best to treat these lumberingly self-inflated gutter goblins like children. After all, when they aren’t looking for attention, they’re just looking to scream their ill-conceived, contrary-for-the-sake-of-being-contrary nonsense at people who never asked for their input.

Let us make a distinction between a troll and someone who is expressing disagreement. Let us have adult discourse on subjects we have differing views on! If you are legitimate in engaging is rational discussions about things, this isn’t about you. If you misrepresent information, parrot dumbshit rhetoric, ignore facts and think that badgering, yelling, or otherwise browbeating dissenting opinions meet criteria to be the above, you’re just a chode-faced wankstain only interested in hearing their own voice. The distinction is easy to make, and if you’re being “that person” because you get off on it, then I can only apologize for how traumatic middle school must have been for your mindset to never fucking leave it. Trolls are human trash monsters, spewing filth like they ate $30 worth of truck stop sushi because being loud is easier than thinking too hard about things, and it doesn’t give them nearly as many migraines. These dense-as-diamonds taint knobs don’t know or care that their shtick is played out and boring. They see themselves as the height of wit and intellectual might, but don’t get that the adults are just rolling their eyes and waiting for them to finish so we can get back to what we were doing. Your best response is to ignore them outright and block them if you can. If you’re forced to interact with trolls at all, do so understanding full well that they will approach the challenge to their fuckery with all of the reasoning, logic, and dignity of a toddler throwing a tantrum in a store after they shit themselves. Just remember to wash your hands afterward. 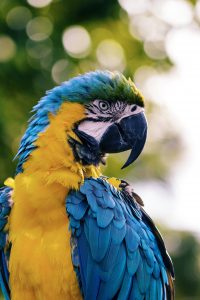