Being a hypochondriac is fun because you’re always convinced that you’re dying. It was just today that I was talking to one of my best friends from New York and she was convinced that she had an STD. The likelihood is that she does not; she always uses condoms.

Since both of us have anxiety
we worry about catching a mysterious disease.

There are so many things in life to worry about and it’s a drag to worry about dying all the time. Unfortunately this is my life with OCD
. One of the worst things that you can do when you have an anxiety disorder is go on the Internet and try to figure out what’s wrong with you. People joke about going on WebMD and thinking that you’re dying of cancer but for someone with anxiety and hypochondria this is a reality. I try to stay away from WebMD because it makes me think that I am actually going to pass over to the next world immediately.

Mayo Clinic is friendlier looking and a seemingly more benign source for information than its nemesis WebMD. Still, there are so many quizzes
out there that tell you if you have certain mental illnesses or diseases or list symptoms that you would have if you have some rare condition. It’s an overwhelming place the Internet is.

And it is my workplace. My job is on the Internet and I can I get away from it. So when I’m taking a break from writing constantly which is what I do for a living I am looking up symptoms of something that I could be dying from. This is my hobby because I have no life.

I don’t want researching diseases that I might die from to be my hobby. It wasn’t intentional. But I started doing it as early as my teenage years. I suppose I was caught up in an existential crisis and I was afraid of dying; all I could think about was the fact that one day that would happen to me. I thought I would get over this as I got older but it just got worse. After I had children started to obsess about what would happen if I died. Who would take care of them? We can’t control what happens to us in life and even writing this is provoking so much anxiety within me.

I don’t recommend being a hypochondriac to anybody if possible. I don’t understand people that don’t worry about catching diseases and dying because this is something I’m so accustomed to doing. The only thing I know about these people is that they are extremely lucky that they don’t have to deal with these issues in their brains. It’s difficult to explain to other people that don’t have the same fears what I’m going through. They just look at me like I’m crazy or neurotic or exaggerating or I have no idea what they’re thinking.

So now in addition to worrying about dying I am concerned about what other people are thinking about me worrying about dying. This is already exhausting. I think I’m done writing about this entirely. I am going to go drive my car and wait for something awesome to happen. Today is not about dying, today is about living my life and embracing the happiness that I know is there. There are so many things that make me happy and I can assure you that WebMD is not one of them. 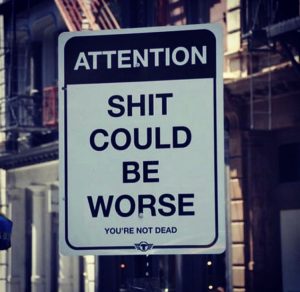