Home/Uncategorized/I have a right to be angry
Previous Next

I have a right to be angry. Anger is a difficult emotion for me to express because I associate anger with instability and unpredictability. As women in society, we are told that we are allowed to be sad but not angry. Anger is a sign of a “bitch.” I once wrote an article called “stop calling assertive women bitches. “ I can’t say that I have been called a bitch to my face, but I’m fairly certain that people have thought this about me. I am an assertive woman but wasn’t always the case. I’ve learned to assert myself more and more over time. When I was a child I was quite introverted and I had a rich internal world. Not much of what I thought in my head was expressed aloud.

Anger was something I held inside because I didn’t feel entitled to have that emotion. It was hard to feel rage because I was afraid of what I could do in that state. I knew realistically that I would not lose control. But I had witnessed people in my life who had lost control when they were angry and it made me afraid that I could do the same thing potentially. Though realistically I knew that when I felt anger it frequently turned to sadness.
Now that I’m in my late 30s, I am learning to embrace my emotions, particularly when I am angry. It’s scary for me to face those intense feelings head-on, but ultimately, anger means different things to us. I can talk to my therapist about my conflicted feelings regarding anger and she supports me learning to manage those emotions. It is almost always a message from our subconscious that we need to process some intense feelings. Anger develops when I feel like I don’t have control over a situation or that I believe that I have been treated unjustly. Another thing that triggers my anger is when I don’t feel like I am being heard. If I make an effort to hear another person’s point of view and they do not reciprocate by hearing me, it makes me feel angry.
Not having control is the biggest source of my anger, however. I am learning that I cannot control other people and the more that I try to do this the angrier I will become. I can control my reactions to things and that is it. But that can be empowering, it’s like when you are driving a car and you have complete control over how you steer but not over any of the actions of the other drivers.
My mantra as of late is “anger is not scary. “ anger is a part of life and we do become angry with people that we love. But it doesn’t have to look scary. I always associated anger with some kind of fear. Anger is messenger letting us know that we have some emotions that have been repressed and need to come out.
I’m learning to listen when I’m angry rather than running away from those feelings. When I run away from them they always come back louder and stronger.
What about you? How do you deal with anger? Are you afraid of it or do you let it come and try to understand it? 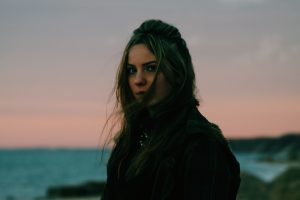