Home/Uncategorized/A Tantrum is an Ocean Wave
Previous Next

This morning my 3 and 3/4 year old daughter and I were about to leave the house to get on New Jersey Transit for visit a dear friend of mine. She came racing down the hallway with a giant pink suitcase.

“You can’t take that with you. It’s too big for the bus.” I told her. “We’re only going for one day.

“I want to take Ana.” She whined referring to her doll from the Disney smash hit, Frozen. I took a deep breath in and told her “you can take Ana, but put her in your backpack instead.” She cried and stomped her feet.

“No! I want this!” She insisted pointing to the gigantic suitcase. I continued to breathe and repeated myself:

“You can take Ana in your backpack.”

She whined and cried for a few minutes and then suddenly, she stopped.

“Where’s my backpack?” She inquired with a pouted lip. My muscles relaxed, and I sighed with relief. Then it hit me. When she was screaming about the damn pink suitcase I thought it was going to go on forever. She was never going to give it up. We would be standing there for all eternity staring into the zipper of that pink travel bag.

But she stopped. She relented. I realized what had changed. It wasn’t her, it was me.

I rode the waves.

I breathed in and out.

I waited for the crying to stop. I waited for her to realize that she was not going to get her way. We were leaving with a backpack, not a suitcase. But to accomplish this feat, I needed to remain focused and calm.

I thought about the ocean.

When you’re swimming in the unpredictable ocean, you don’t have a choice as to what the wave is going to do. You’re either going to get knocked down by that sucker or you ride it. You ride it like your life is at stake.

That’s what a tantrum is. A child’s tantrum is an ocean wave. It feels formidable. It might knock you down. Your only choice is to stand strong and ride that emotional wave until it settles.

We opened the door, her pink backpack on her back and my blue purse on my shoulder and headed for the A train to Port Authority. 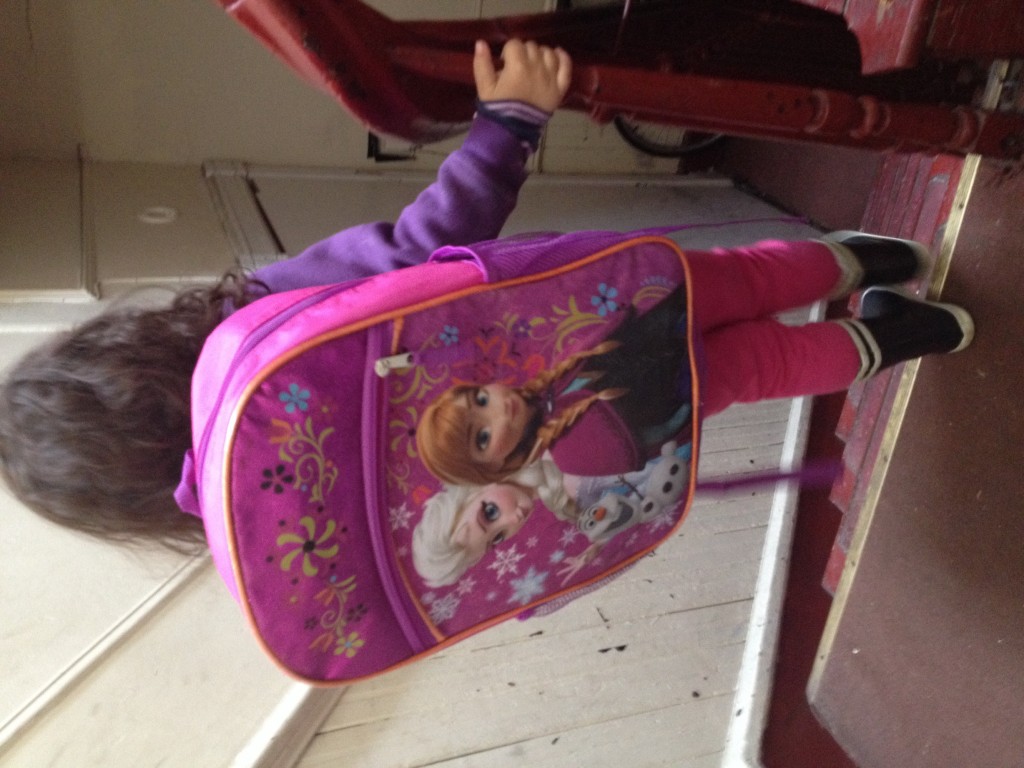