Home/Uncategorized/Frog and Toad are NOT Friends
Previous Next

The classic children’s book “Frog and Toad are Friends” had us all believing earnestly that these two creatures enjoyed one another’s company. 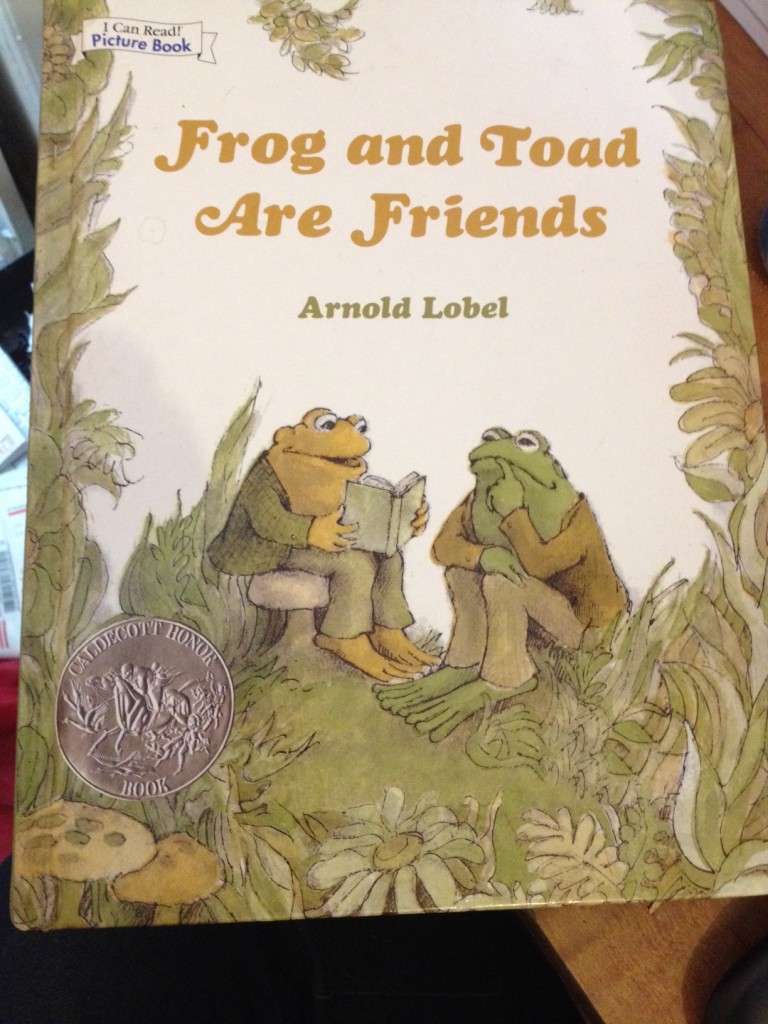 I’m here to tell you that we’ve been duped by Arnold Lobel (the author) and that Frog and Toad are not (as the title suggests) friends. Brace yourselves as I uncover some bad behavior from one of these seemingly innocent amphibians.

In the story “The Swim,” Toad asks Frog one favor. Toad agrees to jump in the water and go for a swim on the condition that no one sees him in his bathing suit. 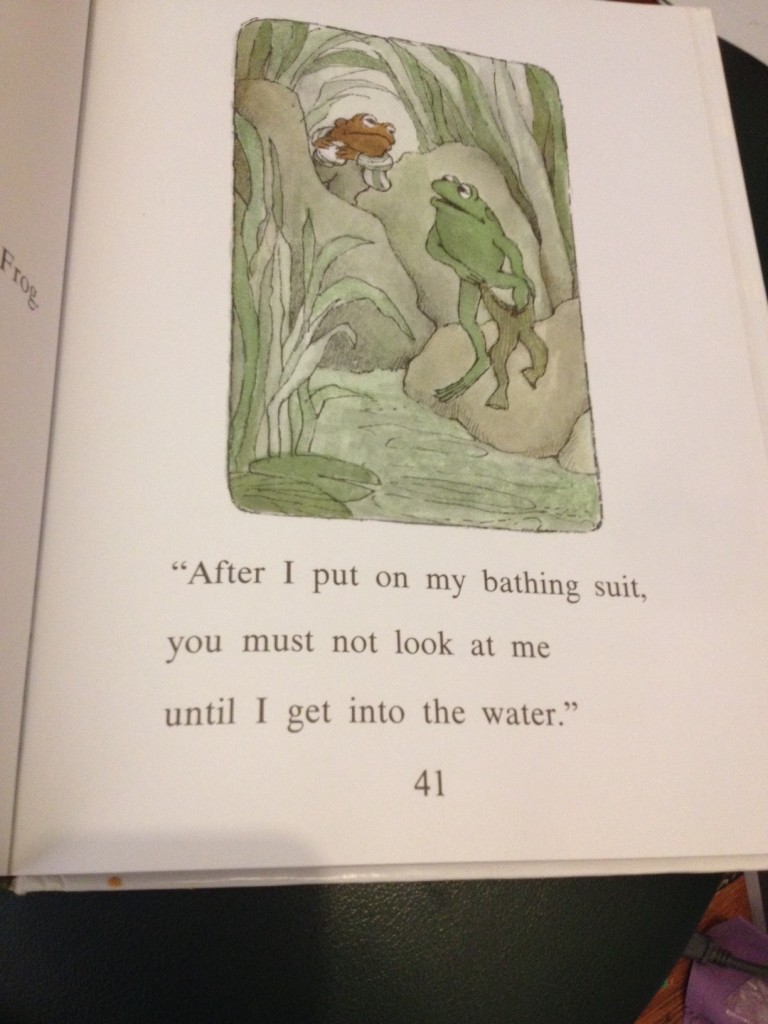 If Frog was any kind of friend, he would have just said, “I’ve got you bro,” and that would have been the end of it. But he goes on to question Toad’s motivation, despite the fact that this seems to be a sensitive topic. That right there should have been a red flag for toad. 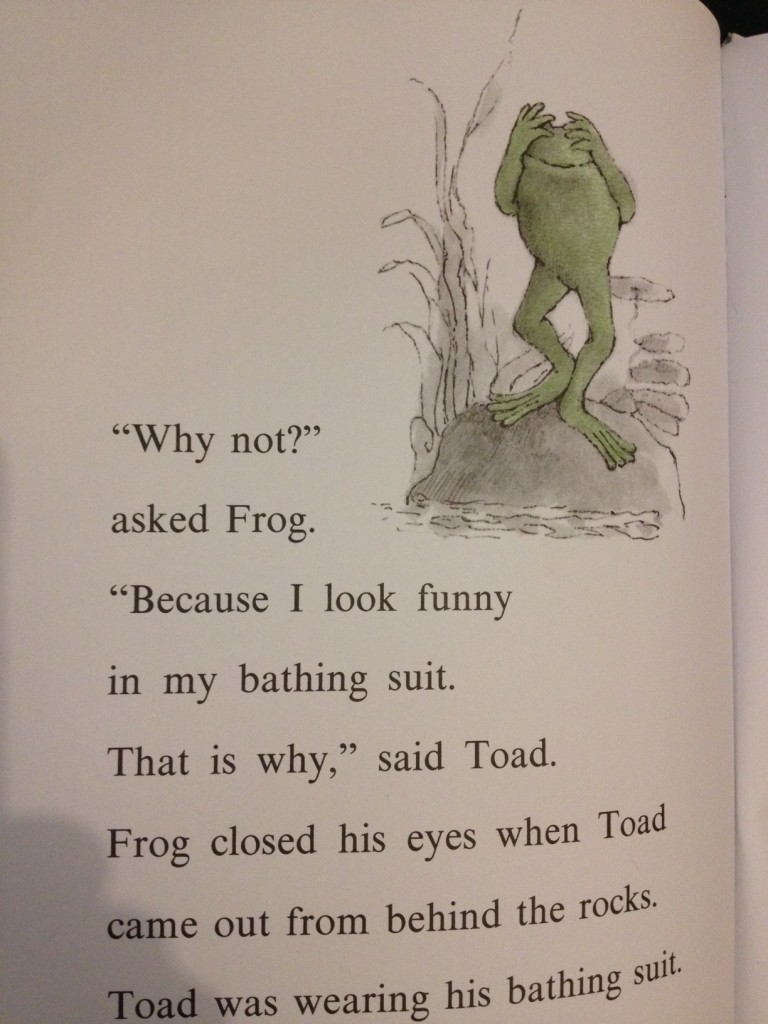 Frog seems to be on board with this plan after he recognizes that Toad has body image issues. But then trouble arises. Some other animals emerge at the river bank and want to see what Toad looks like in his bathing suit. 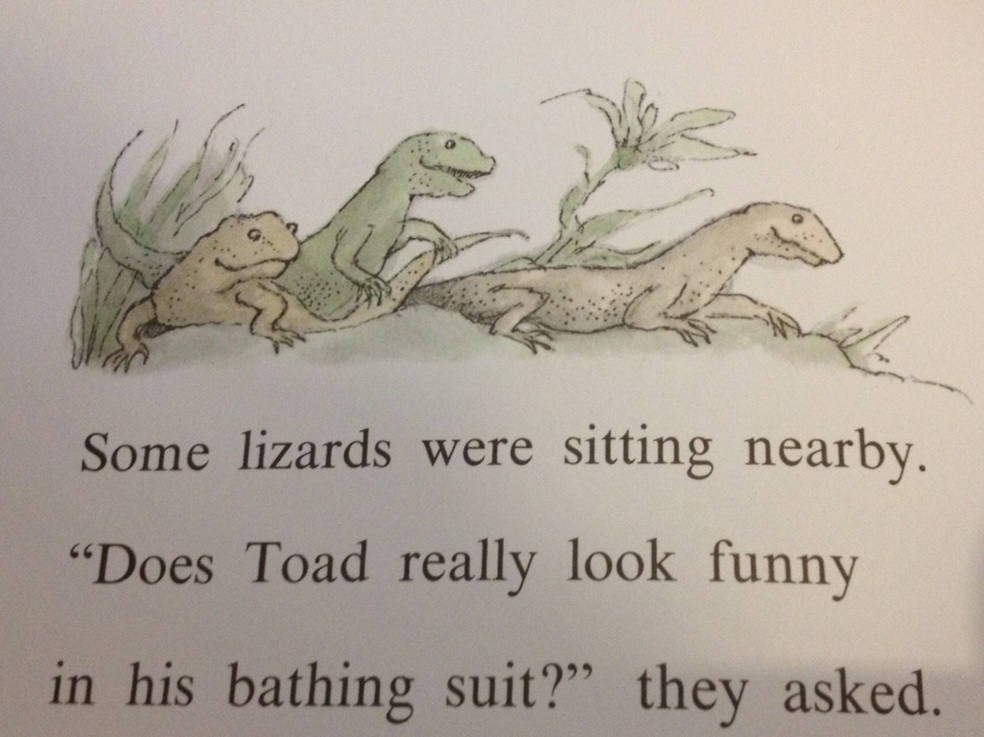 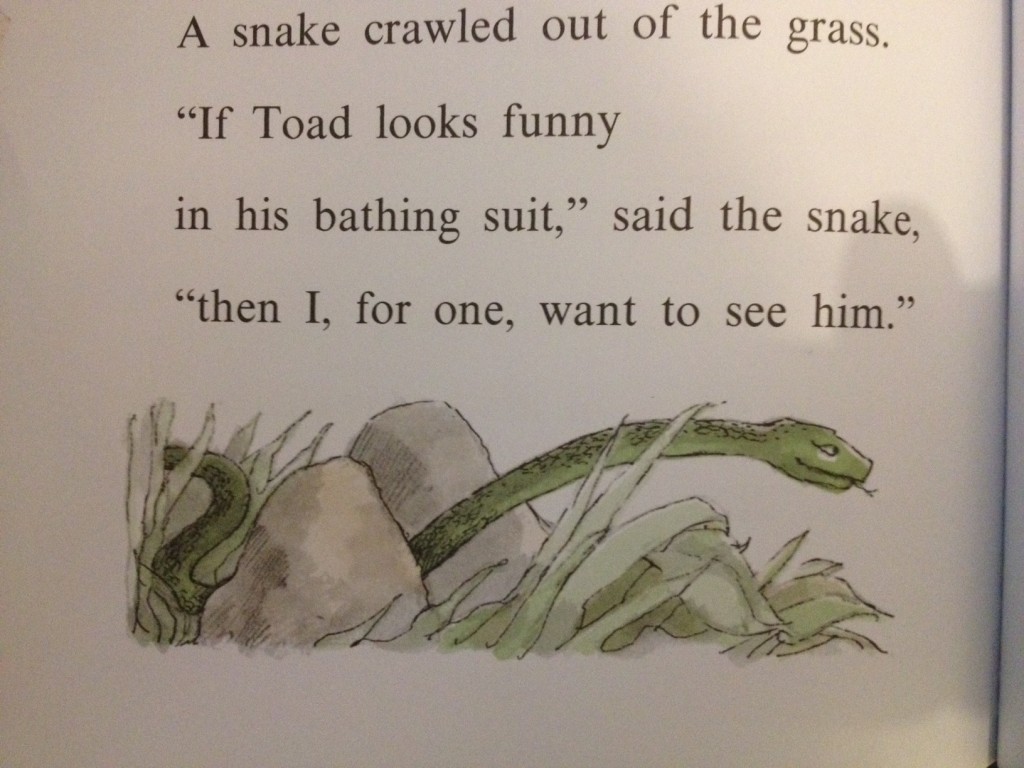 It doesn’t take Frog long to cower under peer pressure. Instead of having his friend’s back, he throws up his hands and tells Toad that everyone is just dying to see what he looks like in his bathing suit. He can’t stop them from being so damn curious. 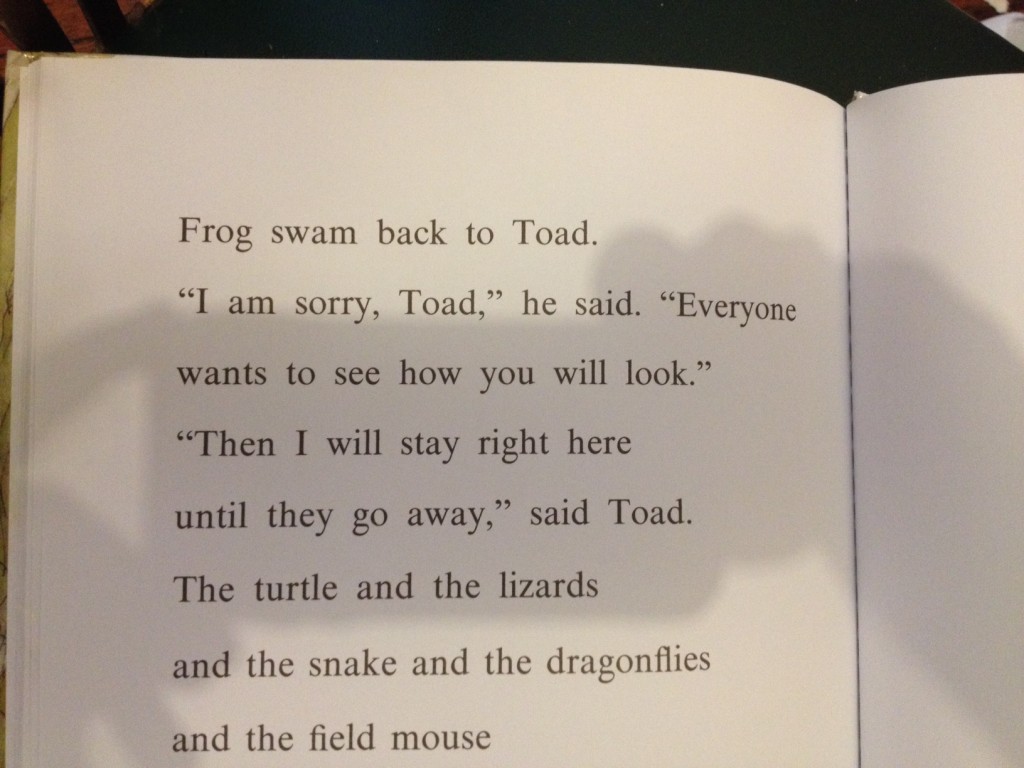 Naturally, having body dysmorphic disorder, Toad has no interest in climbing out of the water and getting glared at in his wet bathing suit. He was counting on Frog to be there for him and that plan failed miserably. So now he doesn’t know what he’s going to do. To make matters worse, it’s frigid in that water. 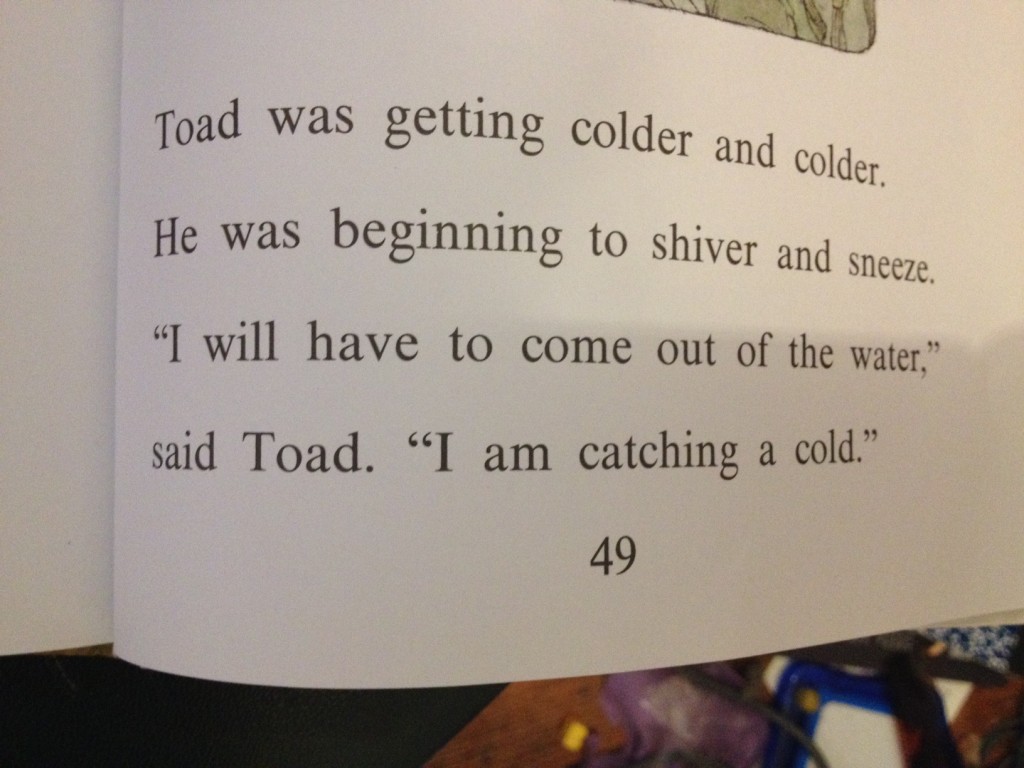 Well, now Toad has no choice but to get out of the water, since he’s nearly got hypothermia. So he braces himself for what will happen next. 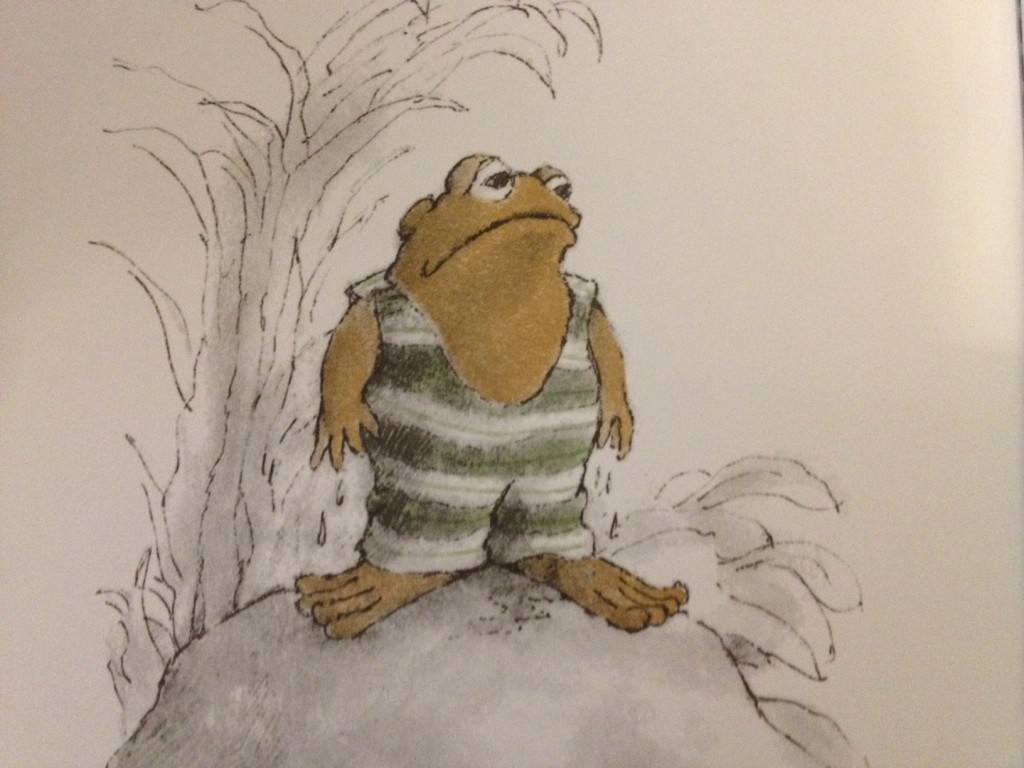 Now Toad is standing there freezing and self-conscious. Frog isn’t doing anything to help his supposed friend. Then it gets worse. 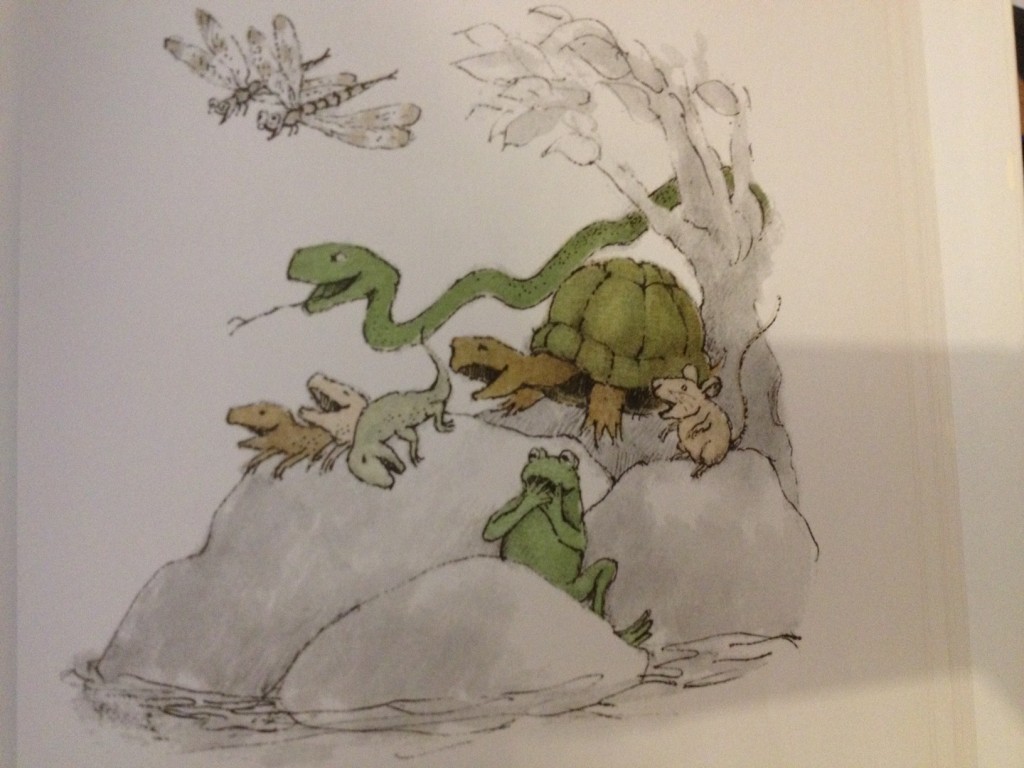 All of the animals start hysterically laughing at Toad in his bathing suit. And if you look closely at the above photograph, Frog is laughing right along with them. Frog, who is supposed to be Toad’s best friend. 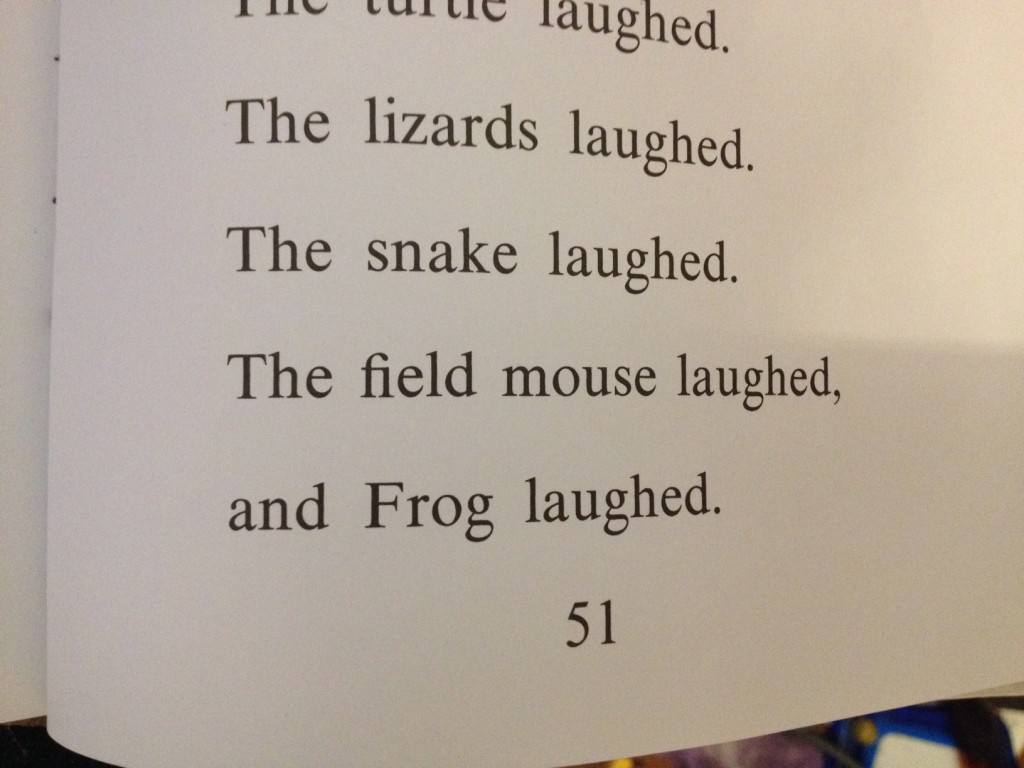 Just in case there was any ambiguity as to whether or not Frog laughed at Toad, Lobel spells it out for the reader. Yes, Frog laughed at Toad. Frog was more like a sheep than a frog. He left his buddy in the dust. Naturally, Toad wants to know why his “friend” is laughing at him. 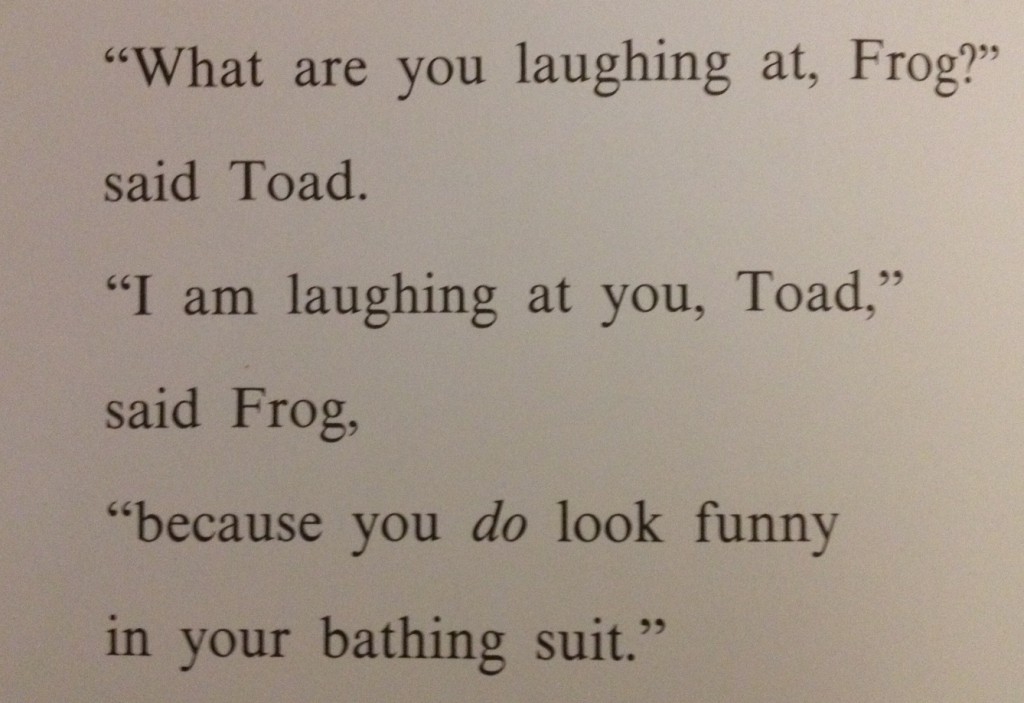 Toad has had enough. His self esteem is shattered and he knows where his allegiances lie. What else is there to do but go home. So that what he does. He’s out of there. 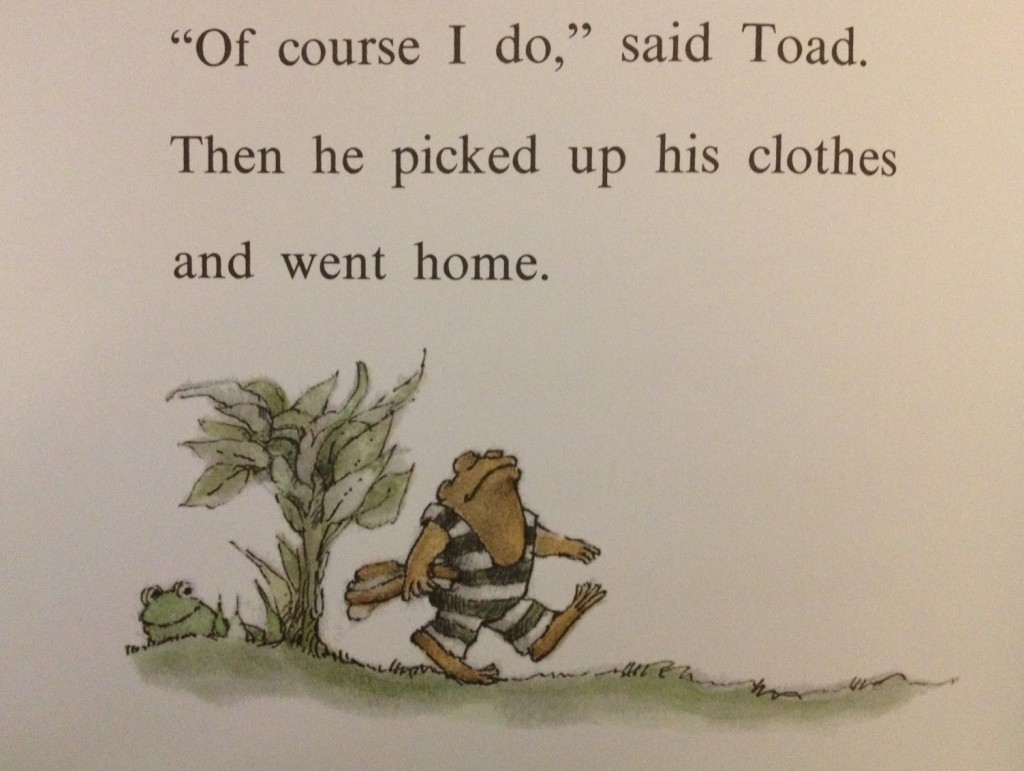 Toad is pissed off, justifiably, and Frog (as evident in this picture) is shows no remorse for his actions and if given the opportunity would throw Toad under the proverbial bus again just so that he could be liked by the other animals.

Clearly, Frog is not Toad’s friend. Therefore, the title of this anthology is erroneous. It should be renamed “Frog and Toad are NOT Friends.”