Self-proclaimed disruptive PR dude Chris Kooluris has an usual bedroom in his Lexington Avenue apartment. He’s surrounded by 80’s arcade games such as: Punch Out, Mz. Pacman, and Tron. In other words, Kooluris lives in a bedroom arcade: 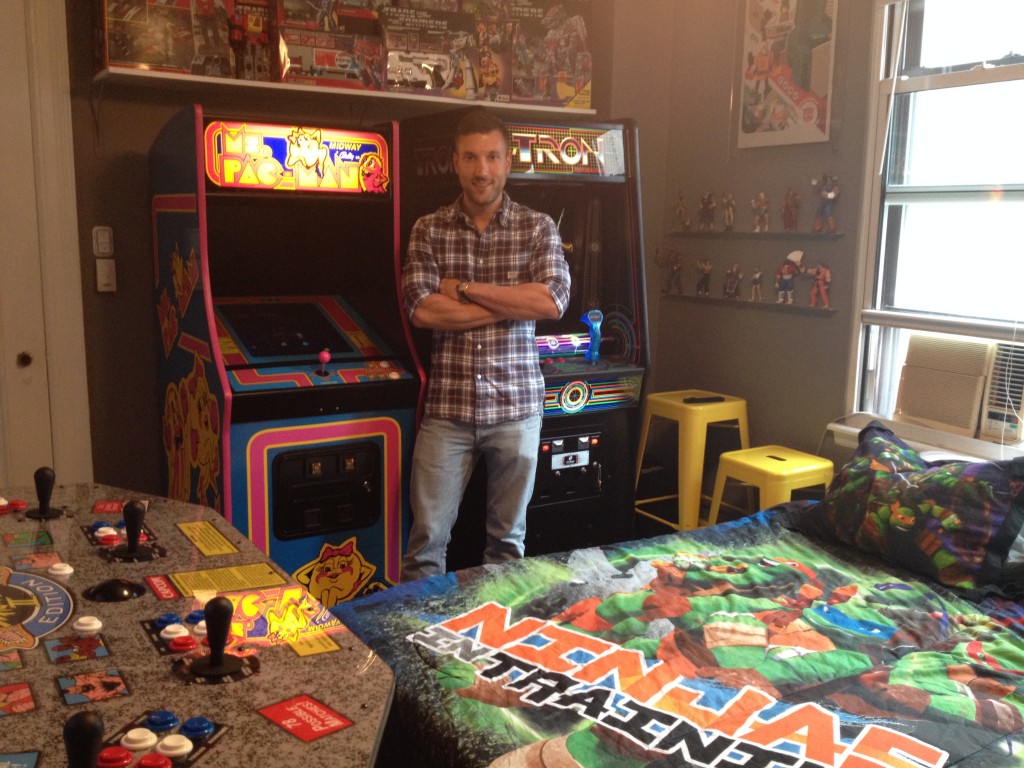 Once upon a time, Kooluris and his then fiancee moved into her apartment in Williamsburg, Brooklyn. They were planning a future together. Kooluris put his Lexington Avenue apartment on the market, but no one wanted to buy it.

Kooluris and his girlfriend were in love, but sharing space in New York City is tricky and finding your own identity within a shared space is even tougher. Around this time, Kooluris was reading a book (recommended by his fiancee) called Ready Player One. The book is about a futuristic world where everyone is tapped into a virtual reality called OASIS. The book features throwback references to old 80s video games and (ultimately) gave Kooluris an idea.

He decided instead of selling his apartment, he would transform his old space into an arcade. That’s when he created the bedroom arcade. 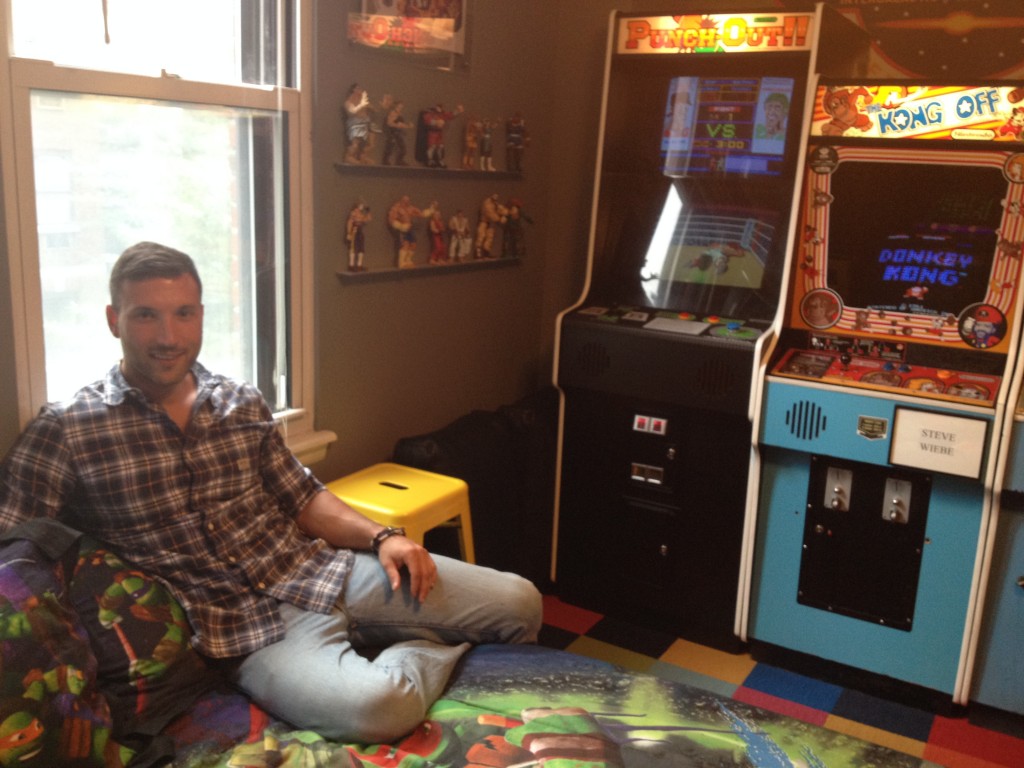 The bedroom arcade became a major project. Kooluris began spending copious amounts of time on message boards researching old arcade games and getting tips from gaming pros. He was determined to create an authentic space dedicated to classic video games. He described his plans for the arcade to his fiancee, who was on board. When he suggested the arcade be darkly lit with black lights, she vetoed that idea and aimed for a more colorful approach. She designed the Twin Galaxies logo on the bedroom wall and even purchased the vending machines complete with M&Ms for Kooluris’ birthday. 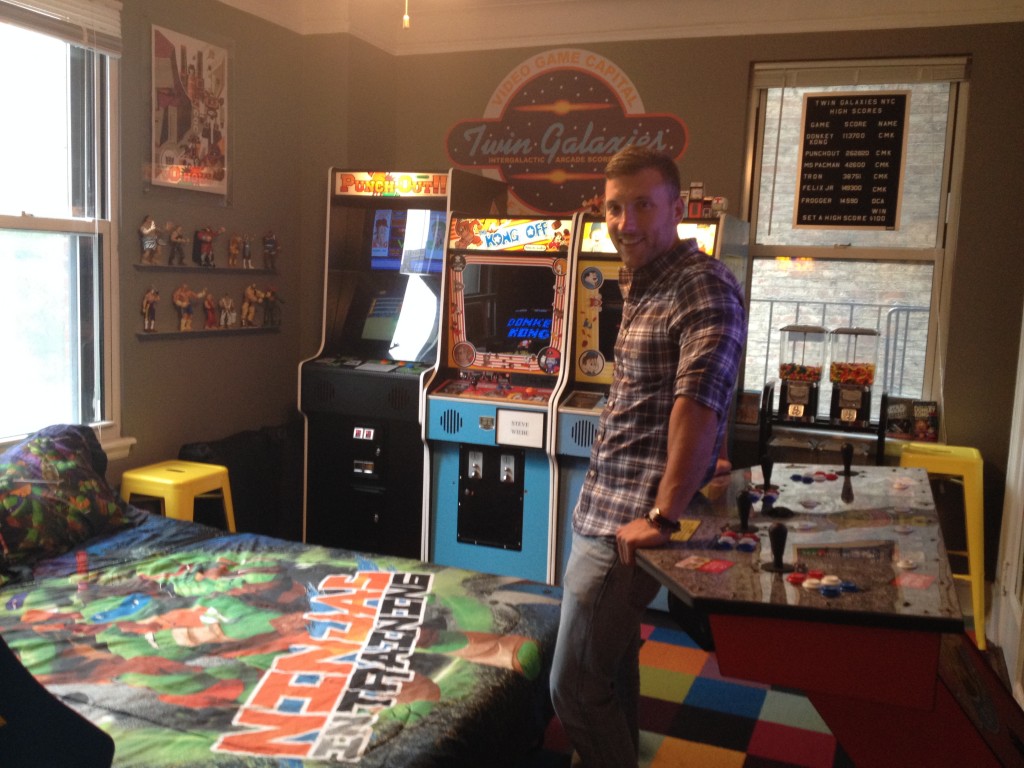 Ultimately, Kooluris’ obsession with maintaining the arcade (along with other relationship issues) led to the end of his relationship, but he and his ex remain good friends. That’s one thing he feels the media doesn’t get quite right, the arcade wasn’t the only reason for the break up, the two drifted apart for other personal reasons.

Here’s what Kooluris had to say about bedroom arcade and the end of his relationship:

So he broke up with his girlfriend, but he still has an amazing gaming space. Kooluris regularly hosts epic video game nights with his friends.