Home/Uncategorized/My Kids Watch “Too Much” TV
Previous Next

My kids watch too much TV. There I said it. What are you going to do about it? Tell me it’s rotting their brains, right? 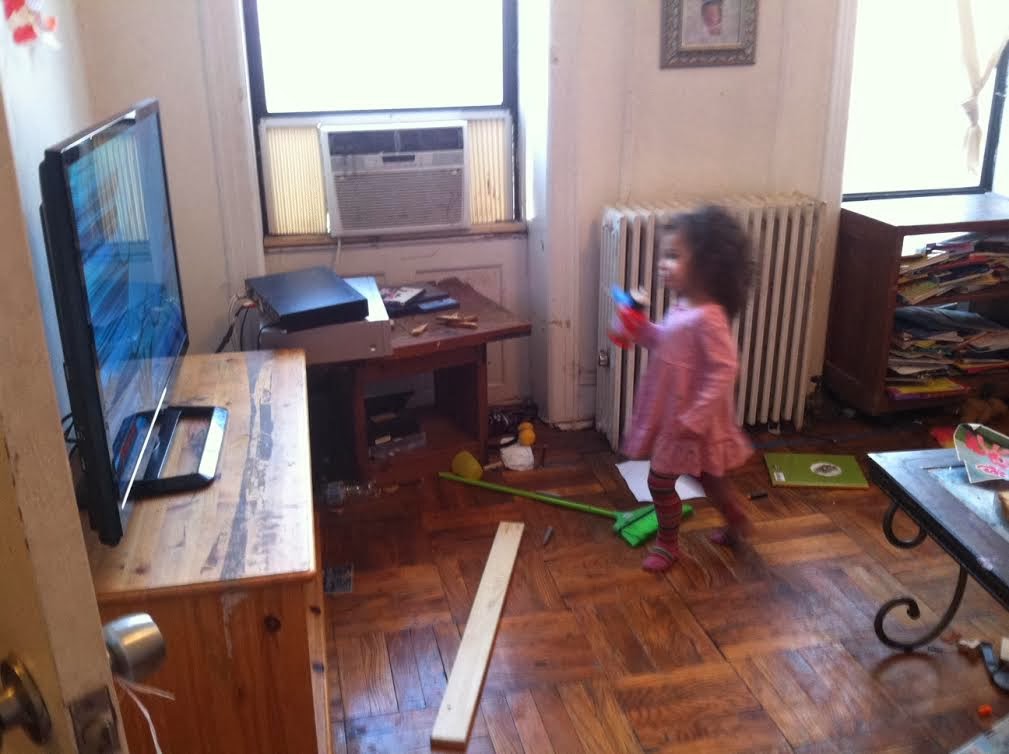 This is a picture of my daughter watching TV. She’s also moving around because she’s three and she doesn’t sit still for more than approximately two minutes at a time. Also she’s an Aquarius.

Back to the original point. My kids watch a lot of TV. But it’s not necessarily a bad thing. My daughter learned her entire alphabet from watching Super Why on PBS Kids.

My son learned an unimaginable amount of information from Blue’s Clues when he was two and three years of age. TV is not the devil. It can be useful.

But I still feel as if I have to justify why my children are watching all this television. People shame parents who use TV as a baby sitter. Well, I’m here to tell you the truth:

Sometimes, I have to make dinner. So, I do what I have to do. I turn on My Little Pony and let my children watch it so that they’re not running into the kitchen every two seconds and asking for something.

Other times, I need to fill out job applications on the computer. That requires a certain amount of focus. So I might let my kids watch The Fantastic Mr. Fox.

There may be another occasion where I’ve taken my kids to the park all day, they took a nap, they’re up but I need a mental break. So I do what I need to do to keep myself sane, I turn on an episode of Jake and The NeverLand Pirates.

So they’re watching television. That’s okay. They don’t need to play with wooden blocks and talk to me all day long. We interact much of the day. It’s okay that they’re watching a screen. It’s not going to kill them.

When I was a child growing up in the 1980s and 90s, I watched so much TV. I can’t even begin to name all the shows I watched. Okay, I’ll name a few. Growing Pains, The Cosby Show, Animaniacs, Batman The Animated Series, Tiny Toons, Gummie Bears. There were so many of them.

I can recall several occasions when my mom was working (from home as a writer) and needed some time to do her thing. So guess what I did? I watched TV.

I’m 34 now, and my brain works just fine. TV didn’t psychologically damage or scar me.  I also ate a lot of red dye number three. Doritos were my best friend as was Pepsi and other junk food. Once again, I’m a fully functioning adult despite all the chemicals I ate as a seven-year-old.

So if you’re kids are watching TV right now because you need a break, I have two words for you: LET THEM! It’s okay. Stop feeling guilty. We all need a break sometimes, and TV is a perfectly acceptable way to give yourself that breathing time.