Lindsey provided me with tickets to the Circle Line Radio Disney Cruise for Saturday August 10th, one of Circle Line’s many children’s oriented cruises.

In true Sarah Fader fashion, I was running late for the cruise, and we just made it as the ship was taking off from the dock! I quickly said hi to Lindsey and scurried onto the boat with my giant stroller 🙂 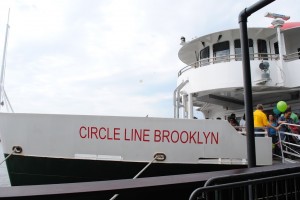 The kids and I were safely aboard and we set sail! 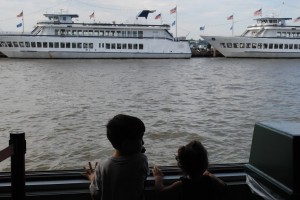 Once we got on board, there were many exciting activities for the kids to partake in. But first, Samara had to put her Sophia the First crown on: 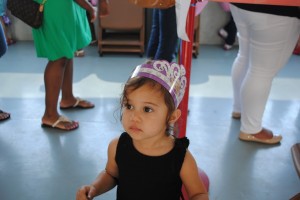 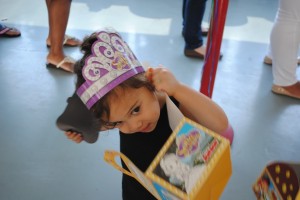 I could hardly get it off of her. Even now that we’re back on land, she wants to wear it all the time.

There was a professional balloon artist aboard: 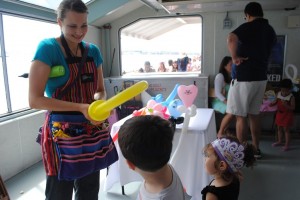 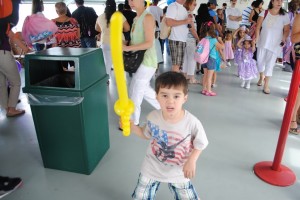 There was music and dancing featuring the Disney Junior Show theme songs! There was also a magician, who the kids could not get enough of! 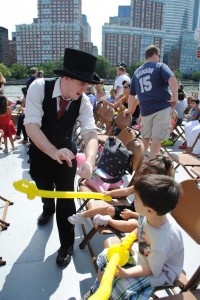 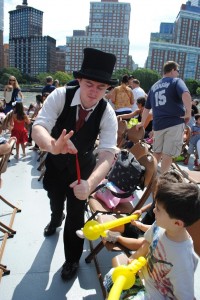 And an amazing face painter! 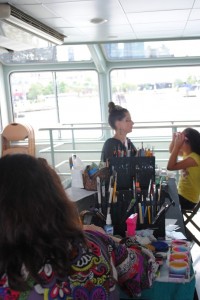 These children (who are now art objects) let me take their picture after the final product! 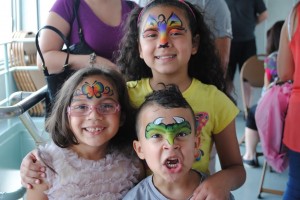 There was an awesome announcer who narrated our journey. 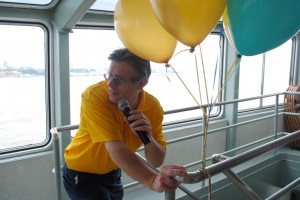 We circled around Manhattan while the announcer told us about the history of the island with charisma and a few silly jokes. One of the highlights of the journey was when we saw the Statue of Liberty! 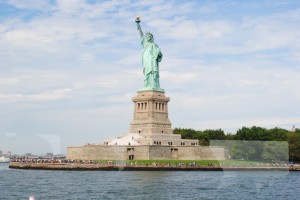