Home/Uncategorized/Is My Kid Old Enough To Take The Bus/How The Fuck Are We Going To Get to School?
Previous Next

Next year Ari starts Kindergarten. He got into an awesome school, but it’s in the middle of nowhere. In the suburbs children ride these to get to school: 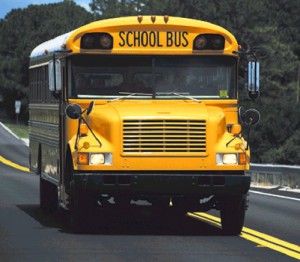 In New York City, parents get their kids to school in all kinds of different ways. Some walk, some take the train, others take the city bus, some drive, and then there are the kids who actually take a yellow school bus to school, just like the kids in the suburbs.

Since Ari is only five, I’m not sure if he’s ready to take the big yellow school bus. It could be daunting for a little kid to sit on a bus with a bunch of older kids. I remember my mom telling me that’s how my brother learned his first curse words, riding the school bus.

Since we live in hippy-dippy Park Slope, there are a lot of parents who bike their children to school. So that could be an option for us. However, since I have two kids, I don’t know how that will work out with bike seats.

I’ve seen some formidable bike seats that I would love to purchase. Like this one, for instance: 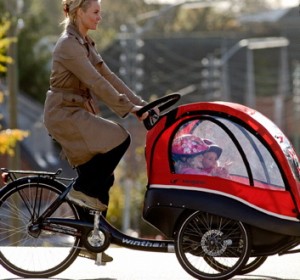 How dope is that? I want someone to push me around in that!

So there are some options. I could take both kids on the train every day, but that sounds like a circus. Plus, it’s actually two trains I would have to take including a transfer station that’s full of stairs. Stairs + stroller = NO!

So I get back to my original question. Is Ari old enough to take a big yellow school bus? If he is, that would be a giant relief to me based on the geographic location of his school in relation to my house.

What do you guys think?