The first thing we did was to go out for brunch with grandma and grandpa. To get to the brunch spot we took the train, which Ari loved. 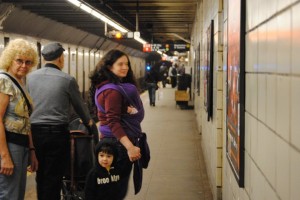 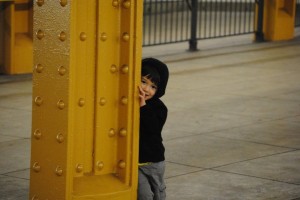 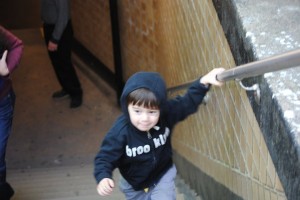 We got to Dizzy’s, the coolest brunch spot in Park Slope. 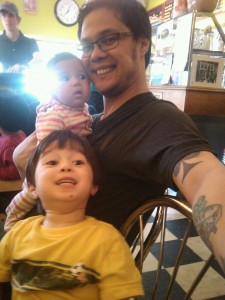 Please excuse the giant light emanating from Samara’s head. She can’t help it if she glows. 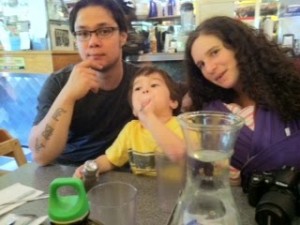 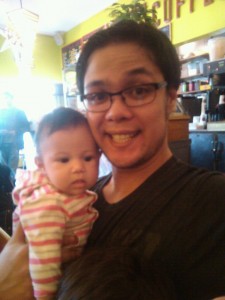 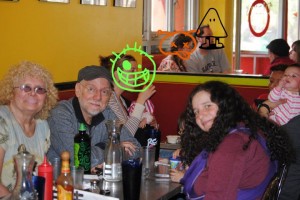 Faces of the other restaurant diners have been disguised to protect anonymity.
After brunch, everyone took a nap, except for me because I had some freelance writing work to do, and then we set off to Staten Island to see…Max & Ruby Live! Aunt Jackie got our whole family tickets to see the show as a birthday present for Ari, or as she calls in in tagalog- Ari-Ko.
Off we went to The St. George Theater in Staten Island. 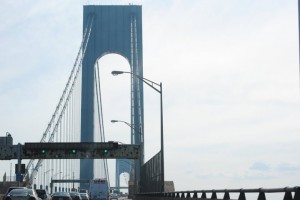 I must add that Ari’s birthday was spent diaper-free! That’s right folks, he was in Toy Story underwear the whole day. There was one pee accident though. :/. It’s okay, it’s only his third day in underwear.

We got to the theater and Ari found some familiar friends: 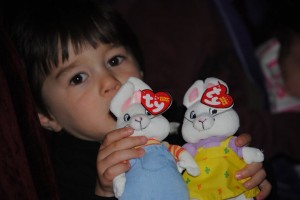 He also got this nifty contraption, which we all enjoyed: 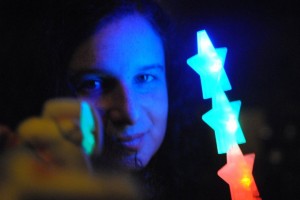 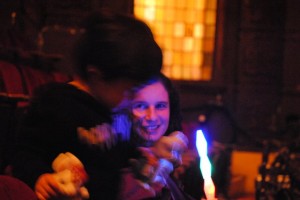 Then it was time for the show! 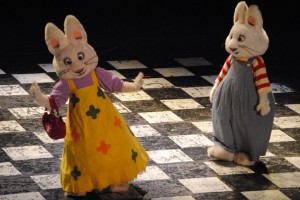 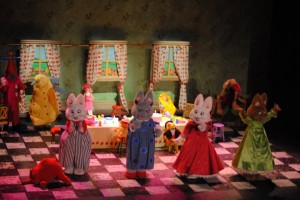 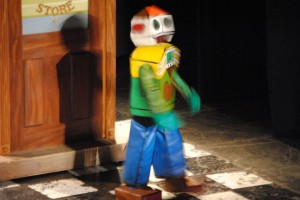 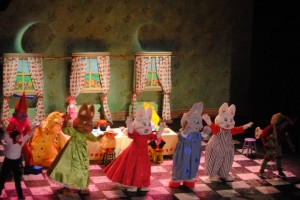 Ari was entranced by Max & Ruby Live. He kept his eyes glued to the stage. When it was intermission, he said “one more episode?” Wil and I assured him that there would be more Max & Ruby coming up, in 15 minutes. Samara liked it too. But toward the middle of the show, she got sleepy. 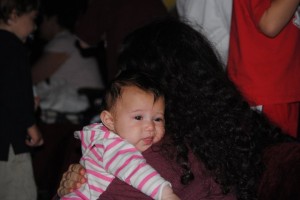 After the show was over, Ari was so hyped up the concessions stand snacks, i.e. cookies and chips, (and he hadn’t had dinner) that he went a little bananas and tried to run down the theater stairs without me. I was terrified because we were in an enormous crowd. Thankfully, I caught him by the back of the shirt before he ran off, but that was pretty scary.

The show was awesome! We all had a great time. The show even addressed where Max & Ruby’s parents are! Apparently, they are “organizing things in their attic,” or “on the phone.” They listed a slew of other reasons the parents are “not around” in the form of a song.
Happy Birthday Ari Bear! I cannot believe you’re 3-years-old. I love you so much! I’m kvelling! 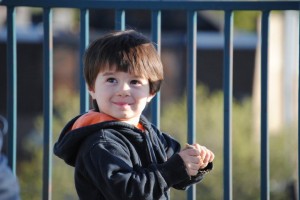