The other day, a friend of mine who I met at the library, Barbara, introduced me to a great indoor play space. It’s called Power Play and it’s located on 3rd Avenue and 8th Street in Park Slope, Brooklyn.

We met up at Power Play for a play date and Ari loved the indoor play space. It was equipped with many plastic vehicles to drive, a giant slide that lead to a sandbox, a big wooden playhouse and lots and lots of toys. 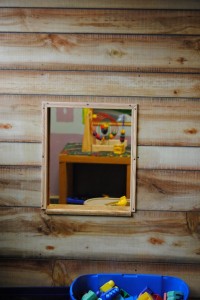 The play space costs $10 for a 2 hour play session. Barbara had a Play Pass, which she was kind enough to let us use. Ari loved the indoor play space. He spent the majority of his time there playing in the sandbox.

When we were getting ready to leave, the receptionist told us that Power Play offered gymnastic/tumbling classes for kids. If I was interested, she said, I could sign up for a free trial class. I asked Ari if he wanted to take a tumbling class. He said “Yes!” So I said “Yes!”
My friend Cordy texted me yesterday asking what I was up to on Thursday. I said “Taking Ari to a tumbling class. Wanna come?”
She said she was down, and so I signed up her two girls Z and L. 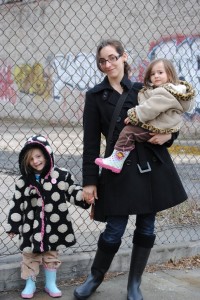 The class was a big hit with the kids! 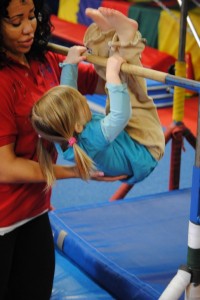 The instructor, Abbie, (pictured above) was great with the kids. Ari was shy, because there were a lot of kids there and he tends to take a while to warm up to people in a group situation. But she was very patient with him and let him take his time getting used to the group. 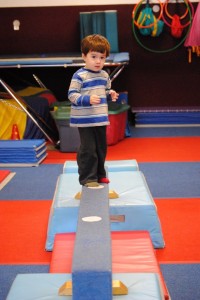 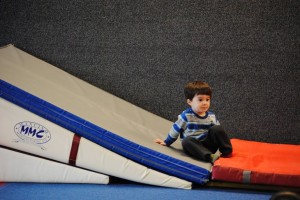 Z and L had less inhibitions, but all of the kids had a great time. 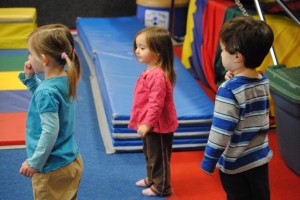 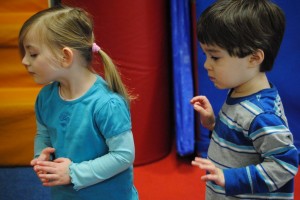 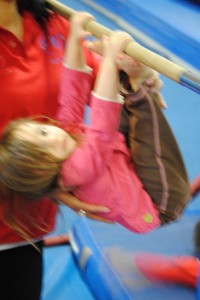 I want to sign Ari up for the semester. Lately I’ve been feeling like he needs more structured social interaction with other kids, and this seems like a great environment to achieve that goal in.

After the class we had some amazing pie across the street from Power Play at a place called Four and Twenty Blackbirds, which Barbara also introduced me to as well. Ari was very serious about his pie. 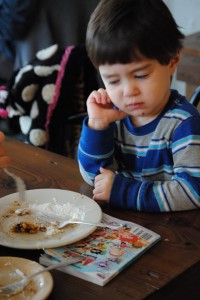