Home/Uncategorized/I’m a Drill Sergeant …I Mean a Mom!
Previous Next

I had a realization today. Ari is getting away with a lot. There are several reasons for this:

1. I’m 8 1/2 months pregnant and too tired to fight with him
2. Two-year-olds are inherently exhausting creatures
3. Being a mom takes discipline and I just want to take a big old nap.

Do you see a running theme here? Exhaustion! 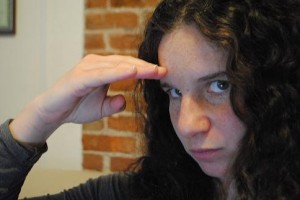 He wanted to watch TV first thing in the morning.
“NO.” I said plainly. “We’re going to eat breakfast!”
He wanted to watch TV again after breakfast.
“NO.” I replied “We’re going to the library.”
He wanted to go home after the library.
“NO.” I told him. “We’re going to the playground!”
He ran around at the playground and when it was time to go home, didn’t want to leave.
“Bye!” I said waving to him at the gate, he followed me with no hesitation.
When we got home, He refused to eat lunch and demanded chocolate milk.
“NO chocolate milk. Eat your sandwich first!” He screamed, cried and finally he begrudging ate his peanut butter sandwich on whole wheat and an entire apple.
He wanted to watch TV again!
“NO, play with your cars.” I instructed him. “Then in 15 minutes you are going to take a nap.” He whined, screamed and eventually played with his cars.
15 minutes later I said:
“Okay, it’s time to take a nap.”
“I want to nap on the chair.” He was sitting in the most uncomfortable chair in our apartment.
“No, you need to nap in the bed.” I advised him.
I carried him literally kicking and screaming to the bed and he fell asleep next to Wil.

Based upon today’s events, I think I could easily have a career in the military. No? 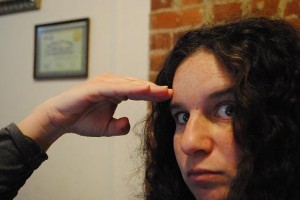