Home/Uncategorized/Being on The Same Page
Previous Next

When you have two people telling you what to do all the time, as Ari does, life can be confusing. In addition to having different personalities, Wil and I also have different parenting styles. 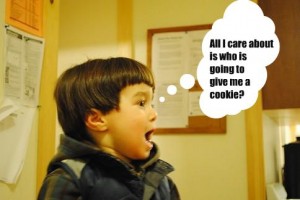 I try to be consistent with discipline, particularly time-outs. Yesterday, Ari decided that he didn’t want to clean up his toy cars. I put him in time-out and he still did not want to do it. He was in time-out three times in a row before he actually did what I asked him to do.

It took every once of energy I had not to give up and clean the cars up myself.

Wil, on the other hand, does do time-outs with Ari, but he also gets frustrated and just cleans up Ari’s mess because a) he doesn’t want the house to be a wreck, which is fair enough and b) he is annoyed that Ari won’t do what he’s asking him to do.

I’m not always consistent either, sometimes, I’m too tired to deal with the screaming and the whining and I end up cleaning up after Ari out of sheer frustration.

However, I think it’s important for Wil and I to be on the same page with discipline. I want Ari to be able to have a predictable response when he acts up. But is this even possible? I remember as a child, if my dad said “no” to something, immediately, the next step was to ask my mom. I knew that I could divide them.

I’m afraid that Ari will learn to do the same.

How do you, as parents, stay on the same page?