I’ve mentioned time and time again how Ari (my energetic 2 1/2 year old) is a terrible sleeper. Well, I finally decided to take matters into my own hands, with the help of Little One Books. Little One Books is a company based in Seattle founded by two grandparents who sought to provide parents, family members and caregivers access to quality children’s books, music and videos. 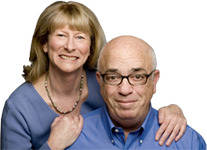 If you go to amazon.com, for example, and search for a lullaby CD the results you find are overwhelming. Barney Cohen and Joan McCoy have done the research and have provided us parents with a easily search-able website containing products that they personally recommend for children.

Little One Books was generous enough to allow me the opportunity to review a couple of their products. The first thing that came to mind was a lullaby CD for Ari to combat his bad sleeping habits. I chose this particular CD, which has a combination of traditional and original lullabies. 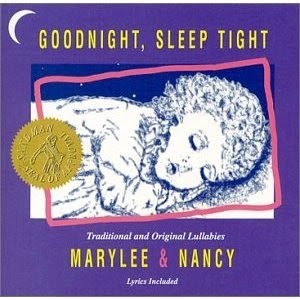 Now, I have to admit, I was skeptical for several reasons.
1. Ari has never much been into music before bed.
2. Often children’s music can be irritating
3. Would this put the perpetual non-sleeper to bed?

My mom and I introduced the CD to Ari as a “special surprise.” He immediately got excited. 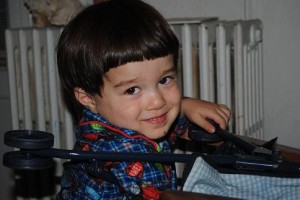 I played the CD on my computer, so as it was playing he got to watch the Windows Media Player color animation, which he also thoroughly enjoyed. For those of you that don’t know what I’m talking about, it looks like this: 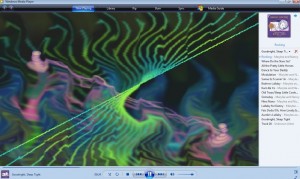 The colors move as the music plays. How fun is that? Anyway, after each song ended Ari would ask:

And I would explain to him that a new song would be coming on in a few seconds. Eventually, he began to get sleepy. 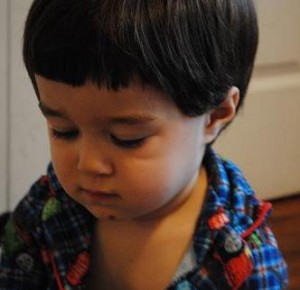 And so did I, as a matter of fact. The lullabies on this CD are really soothing and surprisingly not annoying! One of my favorite tracks is an original lullaby written by Mary Lee Sunseri and Nancy Stewart called “Auntie’s Lullaby.” The singer addresses her nephew and lulls him to sleep by explaining her role in his life. They also do a really nice version of the traditional song Kum Ba Ya.

Ari and I continued to listen and we both fell fast asleep. In fact, Wil had to come in and turn the lights out for us early in the morning.

Because of my sleep success, I am feeling generous. Little One Books and I are offering
a $25 gift certificate giveaway!

To enter do the following:

In case you’re wondering, this giveaway is open to readers in the United States and Canada! Yay Canadians! To quote Audra, Online Community Manager at Little One Books, “We love Canadians!”

The winner will be selected randomly on Wednesday 11/10/10! Good luck!