Last night, My friend Christine text me that she was planning to go to Pier 6 today with her two year old daughter. Because I virtually live under a rock where the only things that exist are Blue’s Clues and Matchbox cars, I had no idea what “Pier 6” was. I assumed it had something to do with South Street Seaport. But then I googled it and found that I was entirely wrong.

Apparently, while I’ve been in pregnant hibernation, a new park opened up in Brooklyn at the end of Atlantic Avenue. It’s called The Brooklyn Bridge Park and it consists of several piers, one of which is Pier 6.

Once I realized where she was going, I immediately accepted her invitation.

Ari and I drove to the park, which I realized was a ridiculous idea once we got there. I could have easily walked from my house.

When we arrived, Ari was skeptical as usual. 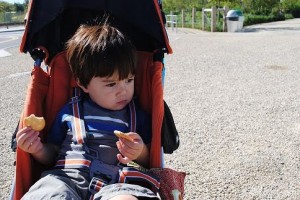 Even though the view from the pier was gorgeous. 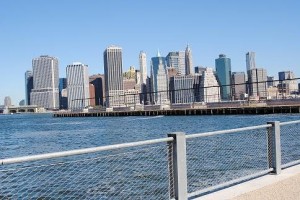 We found the entrance to Pier 6 and went on in, since it’s entirely free! 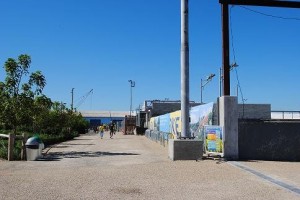 Then we found the water park. It’s a water playground for kids and the adults attached to them. You didn’t think I was going to pass up the chance to get soaking wet did you? I’m pregnant. It’s about 9000 degrees in my body. But I digress. 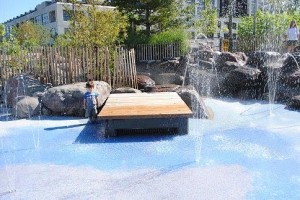 When we got to the water park, the park staff were just turning the water on. Ari was tentative at first. 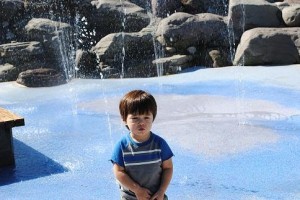 But then he got into the spirit of things. 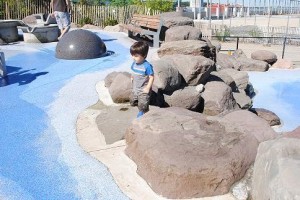 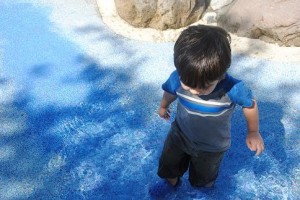 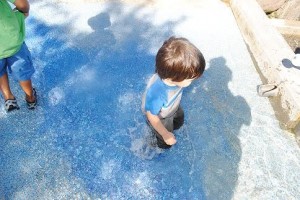 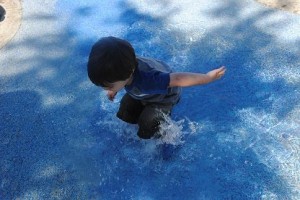 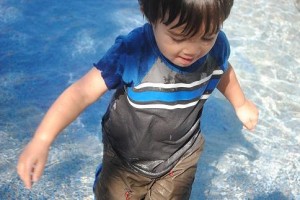 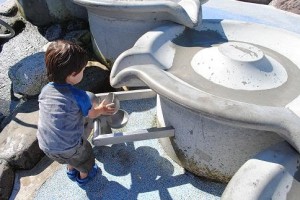 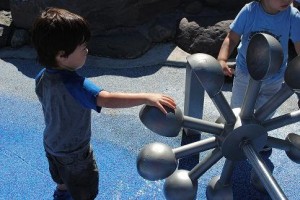 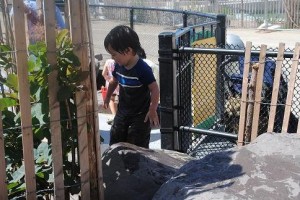 Of course, he had to take a dramatic photo on the rocks. 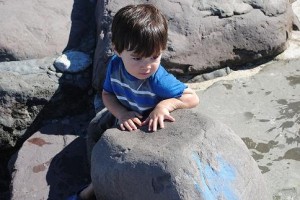 Ham that he is.

When we got to the water park there was literally nobody there. It was such a nice change from the playground, where it’s mobbed constantly. Gradually parents and kids trickled in. I met a nice ER doctor named Josh. He had two young kids that were roaming around getting as wet as Ari. Josh and I discussed child birth, placenta previa and various other medical topics. It was fun.

After the water park, we made our way over to the sand playground, also located in Pier 6. 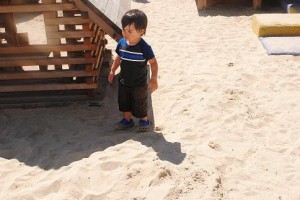 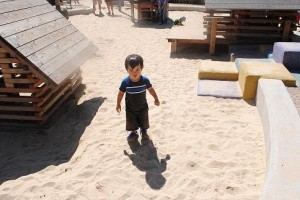 Naturally, Ari located a sand vehicle and claimed it. 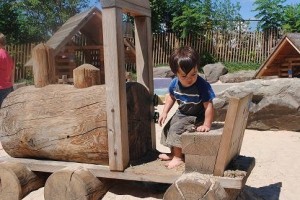 It was clear that he really “got into” the sand park. 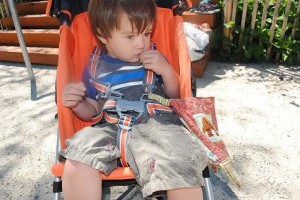 Naturally, he was covered in sand afterward. I thought he would be exhausted after all this activity, but guess what? When we got home, he refused to nap.

If you’re in Brooklyn and interested in visiting The Brooklyn Bridge Park, click here for more information.