Home/Interviews/O.D.D.– What is It? An Interview With Dr. Jennifer Hartstein
Previous Next

I have been working as a substitute teacher for the NYC Department of Education now since April 2009. I have come across children with a variety of psychological issues, one of which is called “O.D.D.” I had never heard of this diagnosis before. So I decided to consult a professional for more information. 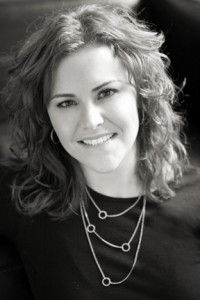 Dr. Hartstein took the time to answer some of my questions about O.D.D. Take a look:

ODD (oppositional defiant disorder) is a psychiatric diagnosis given to children and adolescents who have some extreme, yet specific, disruptive behaviors. In fact, according to the DSM-IV, it falls under the category of Disruptive Behavior Disorders. Normal development for children includes tantrums, oppositional behaviors (what two year old hasn’t said “no”?), and periods of being mean or lying. Most children will grow out of these behaviors over time. Children and teens that meet criteria for ODD go beyond the “normal” lying, cheating and oppositional or defiant behaviors, meaning that these behaviors are more the norm than the exception. These children will suffer impairments in all aspects of their lives, with family, friends, teachers, etc.

According to the DSM-IV, the criteria for ODD require that four of eight symptoms be present for at least 6 months and that each of these symptoms be present “often”. The symptoms include: often loses temper, often argumentative, often defiant, often angry, often blames others, often purposefully annoys others, often touchy or easily upset, often spiteful and vindictive. (adapted from DSM-IV, American Psychiatric Association, 2000). The biggest distinction here is that while all children will, at times, experience some of these symptoms, this occasional difficulty is not enough to meet criteria for diagnosis.

2. How does O.D.D. manifest in children?

Children who have ODD suffer a degree of impairment that is beyond that of their “normal” counterparts. They will not only occasionally lie or cheat and demonstrate disruptive oppositional and defiant behavior, they will demonstrate these behaviors on a regular basis. Often, they behave in ways that demonstrate no regard for the rights and concerns of others. As a result, they will have difficulty making and maintaining friends, responding positively to adults, following the rules in class, etc.

To be more specific, there is a significant pattern of hostile, negative defiant behavior, which includes frequent loss of temper, arguing with adults, actively defying or refusing to follow rules, deliberately annoying others, blaming others for one’s own mistakes, being touchy or easily annoyed, being angry and resentful, and being spiteful and vindictive.

Many children who meet criteria may have low self-esteem. They may also demonstrate low frustration tolerance, significant mood swings, cursing and may often experiment with drugs and alcohol earlier than healthier counterparts.

4. What can parents do to help a child that has O.D.D?

The good news is that it seems as though even without direct treatment, may children who are disruptive at a young age will demonstrate improvement over time and no longer meet criteria foe a disruptive behavior disorder. However, with the presence of treatment or help, it is possible to decrease these symptoms more rapidly.

It is important to reach out for help from professionals if a parent is concerned about his/her child’s behavior. First and foremost, it is so important to get a clear diagnosis and to understand if there are multiple diagnoses occurring together. Often times, addressing the concurrent problems (especially ADHD) can help to alleviate some of the disruptive behaviors. Generally the best intervention involves behavioral modification strategies, particularly those aimed at helping the parents make changes in their parenting styles. Medications may be indicated, if behavioral modifications do not influence change. If nothing works up front, the diagnosis may need to be revisited.

Similar to parents, behavioral modification in the classroom can really help children with these types of difficulties. Generally, the teacher should be considered part of the team working with a child with these problems. When thought of in this way, all changes being implemented should be brought to the classroom as well.

Jennifer L. Hartstein, PsyD, is currently in private practice in New York City, specializing in the treatment of high-risk children and adolescents. Prior to entering into full time private practice, she was the Clinical Director of the Discovery Center at the Child and Family Institute of St Luke’s-Roosevelt Hospital Center. The Discovery Center provides short-term substance abuse prevention and early intervention strategies for adolescents. Before working at the Child and Family Institute, Dr Hartstein was the Director of the Group Psychotherapy Program, Intake Coordinator of the Adolescent Depression and Suicide Program, and Attending Psychologist, at the Child Outpatient Psychiatry Department of Montefiore Medical Center/Albert Einstein College of Medicine, Bronx, NY.

Dr. Hartstein received her BA from George Washington University in Washington, DC before earning her MA in Dance/Movement Therapy from Hahnemann University in Philadelphia. She worked as an Allied Therapist on two adolescent inpatient units, creating and implementing group therapy programs, before returning to Yeshiva University to complete her doctorate in School-Child Clinical Psychology. Dr Hartstein works with children, adolescents and their families who have a wide range of psychological diagnoses. She has received intensive training in adolescent suicide assessment and has specialized in this population for several years, using a variety of treatment approaches, including Dialectical Behavior Therapy. Dr. Hartstein has published and presented on teen-related issues, and been asked to speak as an expert on a variety psychological issues in print and on television and radio.