Home/Uncategorized/What Do I Have to Do to Swim in This Town?
Previous Next

After many months of play dates, park dates, Brooklyn Botanic Garden dates and much much more, my son’s play group is moving in different directions. My friend Josina went back to work today (she is a high school teacher) and though my friend Gry will be around this coming year, she is moving back to Norway when her son turns two. 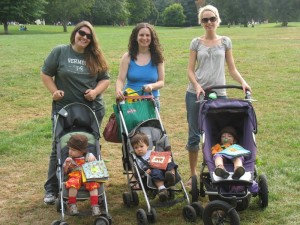 Despite these obstacles we are still determined to get together when we can. Yesterday, the three of us and Josina’s husband, Scott met up in Prospect Park. It was the last hurrah before Josina went back to work today. While we were chatting it up on the playground, Gry mentioned that she had enrolled her son in swimming classes at the YMCA in Park Slope. Josina chimed in that her son, too, was going to attend swimming lessons with her mother (at the YMCA in Manhattan) while she was at work.

When I heard about all this potential aquatic action, I wanted in! So today I called the YMCA in Park Slope, where Gry and her son are taking swimming classes. The receptionist informed me that they were so busy, I ought to just come in and see if the class that I wanted was filled. Well, this particular YMCA is quite a walk from my apartment. But I was determined. So off we went. 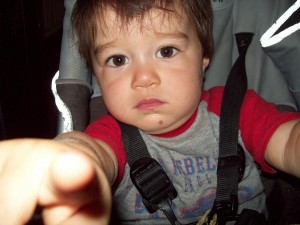 After I successfully got my son into the stroller (which was a feat in itself since he wants to walk everywhere) we set out for the 9th Street YMCA in Park Slope. When we got there there was a long line of people waiting to register for classes. During the wait my son entertained himself at the photo ID area. 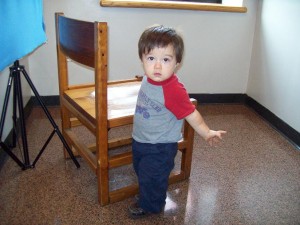 Which was all well and good, until he pulled the enormous photo screen to the ground. Fun!

Finally we made it to the front of the line only to be told that the swimming class we wanted was full! I had walked nearly a mile to be turned away. I wish they would have just told me this on the phone. That would have saved me and my legs a lot of trouble.

Then I had a thought. There is another YMCA on Atlantic Avenue. Maybe they had baby swimming classes too? So I asked the woman at the membership desk for their number. She gladly handed it over and I was on my way.

“Great!” I thought “I’ll just call them and see if they have open slots.”

Still determined, I found a payphone to call the Y from. 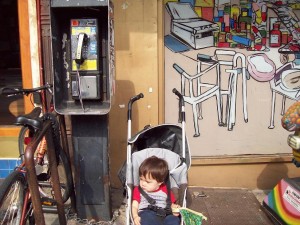 Unfortunately, I discovered that the number “3” did not work on this particular phone. But I pressed on and found yet another pay phone. I was in luck. This one successfully dialed the number “3.”

Despite his multiple attempts, Michael, the chipper receptionist at the Atlantic Avenue Y, was unable to get anyone from the membership office on the phone. I resolved there was only one thing to do; I must go there in person.

Off we strolled all the way from 9th Street and 5th Avenue to Atlantic Avenue and Court Street.
We arrived at the Y and I waited with bated breath as Sara, the membership representative, checked to see if there were open slots in the baby swimming class I wanted. 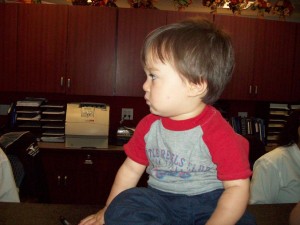 When we were done, he had his very own ID card. 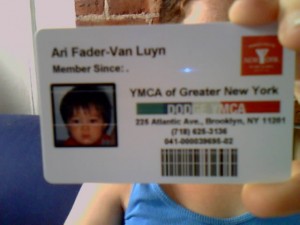 Which he had to inspect several times. 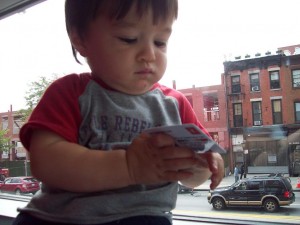 Now he is registered for swim class. It was worth every block I walked.